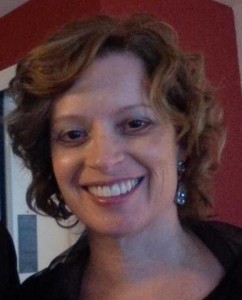 15946 Jill Carleton was never led to believe there was any reason she couldn’t do exactly anything she set her mind to— least of all simply because she was a girl— if she was willing to work for it.

It’s no surprise that when it came time to select a university in 1983, her tenacity and drive ultimately led her to RMC. “Three guys that I knew in grade thirteen went down to the recruiting centre and applied for RMC. [They] came back, and did the, ‘You’d never get accepted’ thing,” Carleton recalls. “And I said, ‘Watch me.’”

Beginning in Engineering, Carleton decided after her first year to pursue a general arts degree and completed a BA in Honours Economics & Commerce, ultimately entering the Navy as a sea log officer upon her graduation in 1987.

Over the course of the next eighteen years, she would serve both on shore and on the HMCS Preserver and the HMCS Terra Nova. “It was funny times then, because Terra Nova wasn’t a mixed-gender ship, but they’d decided they were just going to put women on ships. So I was the only woman posted to the ship,” Carleton explains. “They were really pushing some of us to decide if we really wanted to go to sea or not, and I had been waiting for a while because there really weren’t a lot of ships with women.”

While later posted to shore, Carleton completed an MBA at St. Mary’s University in Halifax before being posted to Ottawa, where she continues to live.

When she ultimately left the Forces in 2005, Carleton found herself eminently employable in the public service thanks to her experience as a logistics officer, her MBA, and an in-progress accounting designation, and she has been working as a civilian with DND ever since.

Today, Carleton works with the Canadian Forces Housing Agency at their national office in Ottawa, where she is involved with strategic planning and corporate communications, among other duties.

Her two children now grown and out of high school, she devotes much of her time away from work to volunteering with the Ottawa Regional Cancer foundation, a cause very close to her heart, and to working with the RMC Club and the RMC Foundation.

Looking back on her time at the College, Carleton notices one rather significant transformation that has occurred in the years since. “The year when I started, it was the first time that there were women in all four years. I don’t think I realized, until I’d been there for a couple weeks, that women just sort of hadn’t been going to the College forever,” she recalls with an air of incredulity. “It came as a huge surprise to me that there were people at the College, including cadets in my own year, who thought that women shouldn’t be there, or women couldn’t do it. That remains the most shocking thing I’d learned— I had never been confronted with someone who truly didn’t know me and thought I couldn’t do something based on my gender.” “It amazes me now, when I go back to the College, to look around and see that that sort of aspect seems to have disappeared. People are just treated like people.”

In her role on the Executive for the RMC Club, though, Carleton is disappointed to see a lack of gender and racial diversity— but hopes that someday soon that too will be a thing of the past. “I’d like to see more women get involved in the Club, and [specifically] the Club Executive— I’m the only one,” she explains. “The Club Executive, which is supposed to represent the body of ex-cadets, is really not that representative.

The Club’s going through a governance change, and the Executive Committee will be made up of people from different groups of graduating years, so there will [at least] be more young people involved— but when I go to meetings, it reminds me of my early career, when I was often the only woman in the room.” “We need different perspectives around the table. We need people who come from different backgrounds who could add that different perspective to discussions.”

Bringing true diversity to the Club Executive may at times seem like an insurmountable goal, but as she has seen the demographics and the culture change on campus so too will it occur at the Club, if enough people are willing to fight and work for it— and there’s no doubt Jill Carleton will be leading the charge with a confident, “Watch me.”