This morning we paraded all the way over to Grant Hall for a special memorial service and then tramped the long way back again for lunch. Then after a couple of hours, in we marched again to the Cross of Sacrifice for a parade of all of Kingston garrison’s personnel both active and reserve. That’s quite a lot of bodies. The PWOR brass band played the music for a short service. Then after it was all over, we marched back to the college while the troops rode back to Barriefield in trucks and buses. All day they have been re-broadcasting the burial services at Windsor Castle where the King is being buried and the wail of pipes playing laments just fills the old Frigate.

We were out on drill parade first thing this morning, ear-flaps down it was so cold. Then at 1000 hours a ceremonial parade for a Capt Brock, R.C.N. who afterwards presented 4 Sqn with their pennant and 4 Sqn officially became Brock Sqn, named after Gen Sir Isaac Brock. The Brig introduced him as a descendant of Sir Isaac and later in a short speech, Capt. Brock said that the famous general lived and died a bachelor. 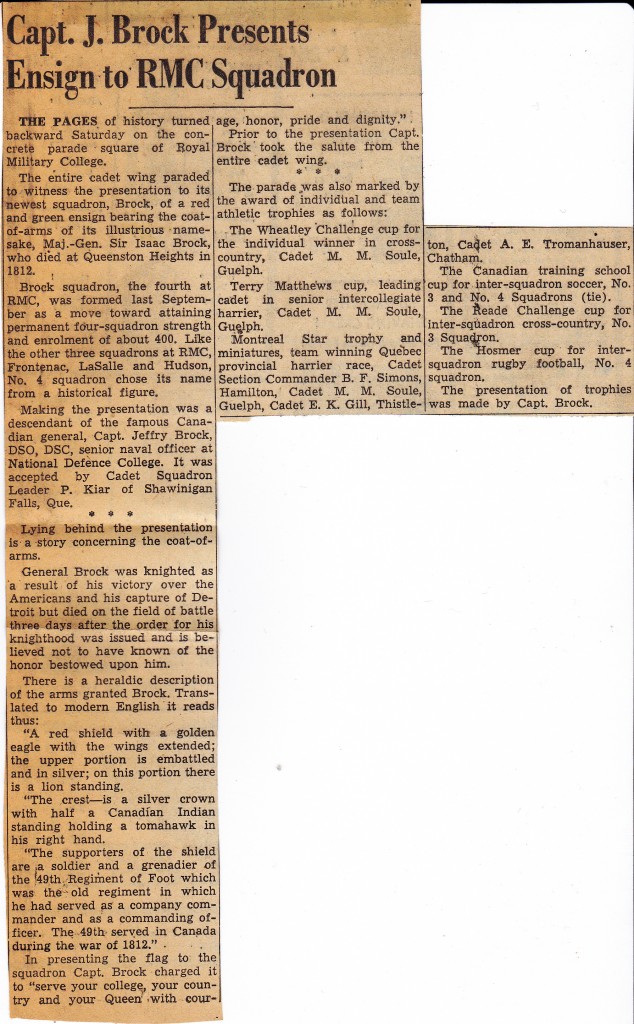