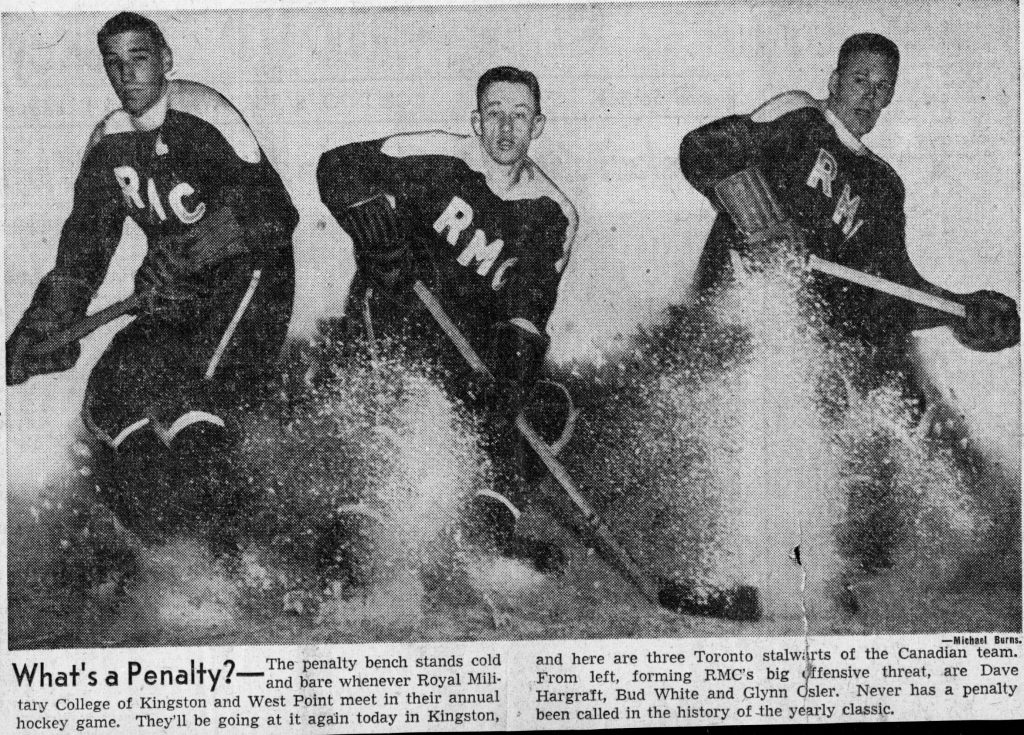 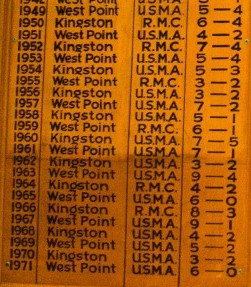 Following the ‘49 game at West Point, NY, the series returned the next year to Kingston for the first time since 1939. 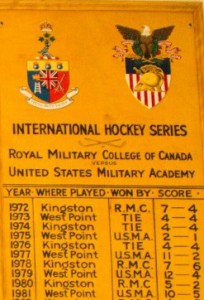 It would take until the 1952 game for RMC to fill a roster including cadets from all four years.

In the meantime, the series took 180 degrees turn in the early ‘50s. No longer ‘friendly’, it became ‘spirited’ – aka ‘competitive’.

It was well recognized by those who really understood hockey that the ‘no penalty’ label that was attached to the Series and highly touted by the media and school authorities was in fact a bad joke.

Players from both teams began to take advantage and deliberately played outside the confines of the rules. 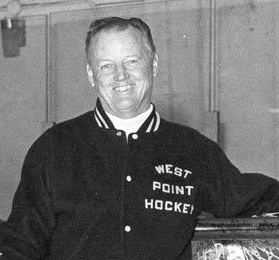 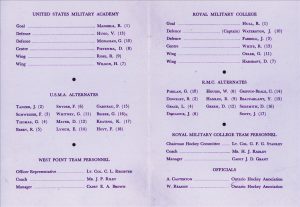 In 1950, West Point hired a gentleman by the name of Jack Riley to coach their hockey team. His will-to- win personality was very strong and never let down during the 36 years he was at West Point. He played for the USA at the 1948 Olympics (Canada won the gold medal that year). Ten years after arriving at West Point – he would coach the USA team to the ‘gold’ at the 1960 Olympics.

The Jack Riley will-to-win attitude rightly or wrongly helped set the tone for the duration of the series. Over that same 36 year period – RMC would have eight different coaches; all were competent and strong individuals; certainly good hockey men. 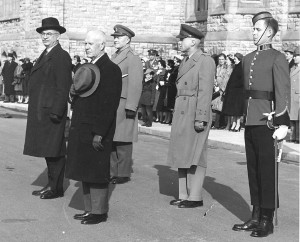 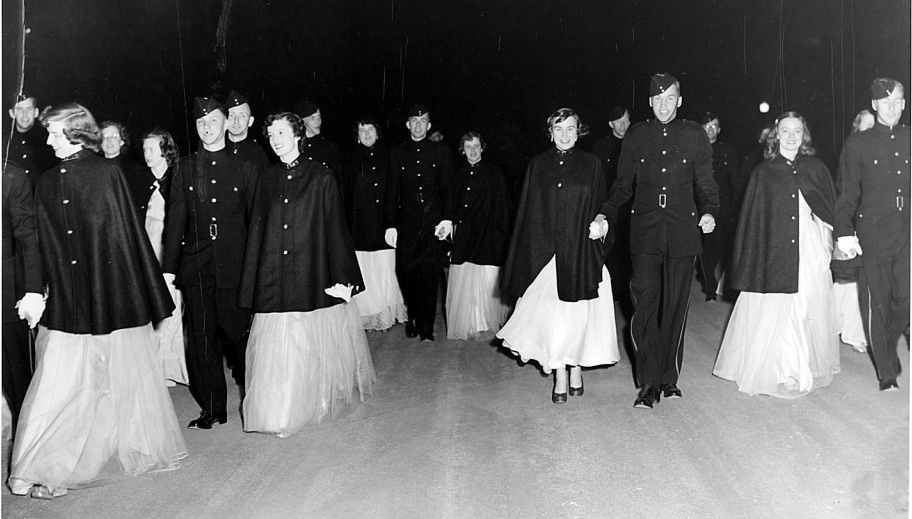 While the Canadian emphasis was equally focused on the cultural, social aspects and the game itself this was not always necessarily so for the Americans.

Hockey has long been recognized as the flagship sport at RMC. At West Point for many years it was just another sport – not a major one. Football and basketball to name two were always front and centre away ahead of hockey in the pecking order.

West Point hockey for many years did not even have varsity status. One could say that Jack Riley in his robust manner put hockey on their map and he did it his way.

Getting back to the ‘no penalties myth’. Originally, this hockey series was set-up with the understanding that there would be NO penalties called. This may have been a great idea in 1923, however, by the 1950s (even the 1949 game) only the real uninformed would naively believe that this would still make sense.

For one thing, the Americans had caught on to the nuances of hockey. They became just as good (if not better) at ‘dishing’ it out.

The first penalty was call in the 1954 game; there are many versions on how / why penalties were finally called.

It was reported from various sources that following the second period because the game was ‘so out of control’ – RMC players made it known that they would not play the third period unless the referee was allowed to call penalties.  The game referee consulted with the military leadership from both sides who conceded that indeed the time had arrived.

So for the record – the first penalty was called against the West Point goalie – for slashing.

As an aside –  3918 Al Roberts who was a player in the ’54 game tells in his RMC Hockey Digest article (First Penalties pages 194 – 195) his memory / version of the first penalty plus two more infractions the following year by two RMC players (including himself).

Looking through old files, one can see how the game intensity increased almost every year. Remember during the first 17 games – West Point only won two games.

One could argue whether the series strengthened the bonds of comradeship and international goodwill but there was no argument that the West Point vs RMC game was the highlight of the year for the majority (if not all) of players from both teams – most seasons.

Regardless of the score, everyone involved played an intense (to put it mildly) game.  We would dare say that anyone who competed in at least one of these encounters can remember many details like it was played yesterday.

In short, a special game that holds the highest meaning for the cadets from both teams.

One of the challenges that have been overlooked mostly by the coaches is that some of the rules are different; interpretations applied by game referees are often hard to accept by the visiting team. Consequently, a game officiated in Ontario is often called quite differently than it would be in New York. The following year the home team becomes the visitor and guess who complains?

Time and time again – the visitors have more often than not – cried ‘homer referee’.