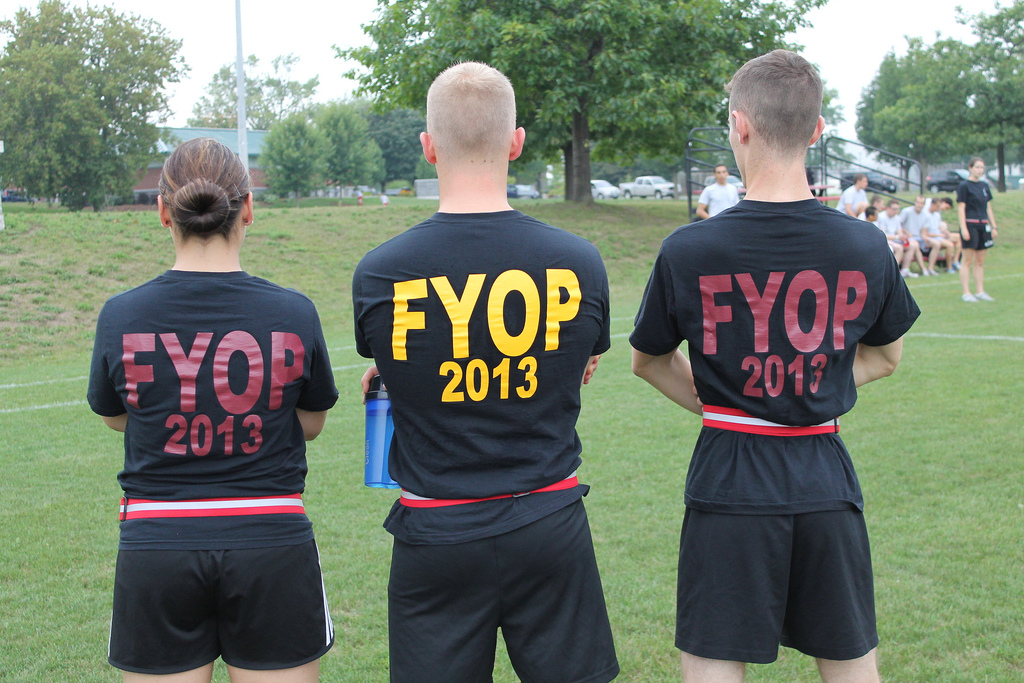 Job Not Really Over for FYOP Staff

Since the Obstacle Course and the end of First Year Orientation Period (FYOP), the culture of the college has changed considerably. No longer do the hallways ring with the sound of “DOWN UP DOWN UP DOWN UP DOWN” but have quieted considerably, now home to first year cadets scurrying around tentatively, surprised at their own freedom. Life has changed drastically for the first years. No checking arms in the mess, unsupervised time, phones, internet cables…..

Says OCdt Couto (IV), CFL Whiskey Flight, “The biggest commodity on FYOP was time, and the first years now have much more of it than they had previously.”

However, life has also changed drastically for the rest of the school, especially the FYOP staff. The position of FYOP staff is arguably one of the most difficult bar positions at the College, and is reserved for cadets who exemplify excellence in all four pillars of RMC. They represent the best the College has to offer and spend the beginning of the school year running and supervising an intensive period of indoctrination to transform first year recruits from civilians to Officer and Naval Cadets.

Now that FYOP is over, their job almost becomes more difficult as they are tasked with continuing to mold and educate their first years from a more supervisory role as they attempt to navigate the intricacies of attending a military college and become contributing members of the Wing. FYOP staff must accomplish all this while catching up on their own school work and coming down from an extremely busy month.

However, expectations of first years from FYOP staff are still high. Couto says, “I expect that they continue to work on all the things we tried to instill in them during FYOP on their own, such as physical fitness and bilingualism by frequenting the gym and speaking to their flightmates of the opposite language.”

All FYOP staff did an excellent job not only during FYOP, but during this past week as they transitioned into their roles as leaders and mentors for the rest of the semester.