Cadets get the Norwich Experience!

This past weekend, 12 representatives from RMC drove down to beautiful Vermont in order to get a firsthand look at the little-known Norwich University. Personally, when I heard that I was chosen to represent the school, the first thing I did was a Wikipedia search of the school to get an understanding of what it entailed. What the 8 students and 4 staff members encountered was a school unlike any of which we’d seen before, and unlike anything any of us expected. Cadet Victor Traven, who was born in Alberta and whose father was an RMC graduate, was our guide throughout the weekend. He is a third year at the university and the initiation of this exchange hinged on his determination to see it happen. Norwich is a university which was founded in 1819 by Captain Alden Partridge as the first Reserve Officer’s training Corps (ROTC) located in Northfield, Vermont. What sets this military university apart from WestPoint, Annapolis, and USAFA is the fact that it is not primarily a military university. Norwich offers several different options for students: they are able to enlist in the air force, navy, marines or army with a contract into the corps and be commissioned, or they can graduate as an NCO (wear a uniform, do inspections, some military training) but not be commissioned, or they can join Norwich as a civilian. The entire population of Norwich (exempting a few married couples) lives on the campus, with the military branch in their residences and the civilians in two separate buildings. They attend classes together, play sports together, eat together in the same mess… it brings to mind what would happen if one were to combine the entire Queen’s program with the RMC program all in the same space. 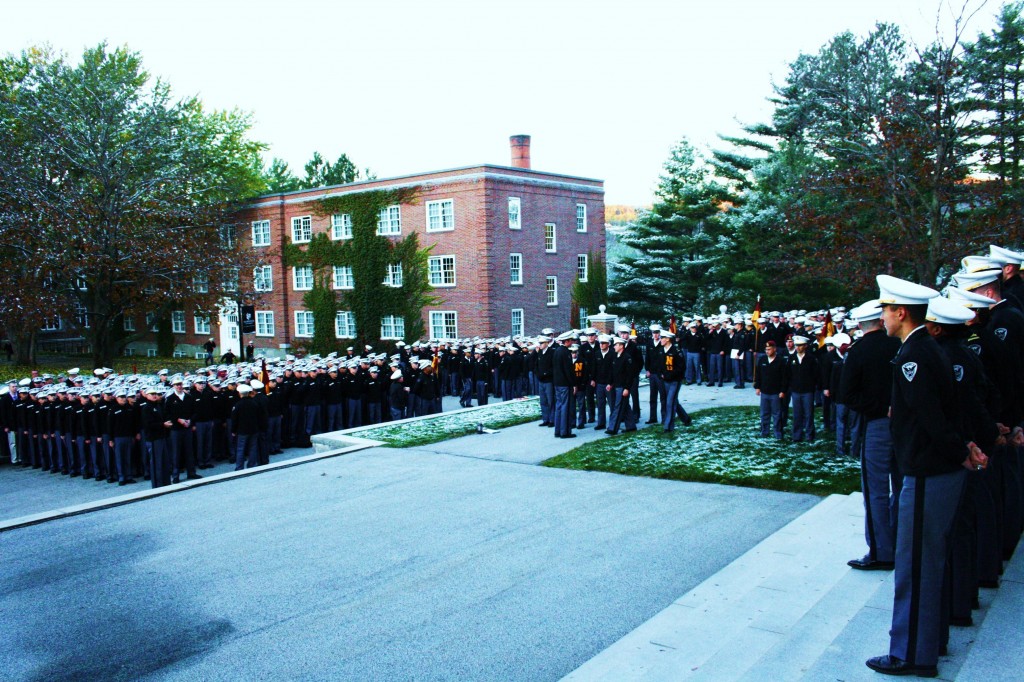 Athletics and academics are large foci at the school -alongside the innumerable amount of clubs- with both an impressive athletic program with varsity teams which compete at the NCAA Division level with full time coaches in at least 11 sports, most of which are available to both sexes. That was probably one of the most refreshing things we saw at Norwich: the complete enthusiasm with which the school supported all of their sport teams, be it the football team, or the women’s hockey, rugby, or soccer teams. I had the opportunity to shadow several members of the women’s rugby team, which demonstrated to me an incredibly impressive level of camaraderie and friendship between the military members and civilians. There was no difference between the two, only the esprit de corps of a united team working towards an end goal – which the team seemed to demonstrate considering they had yet to lose a game in the past rugby season.

As for the academics, Norwich boasts an impressive selection 34+ undergraduate programs, from architecture to nursing, of which students are also able to apply to complete their masters in a 5 year (total, including the undergraduate) program. Students have massive opportunities to study their courses in a practical fashion by interning at the NASA Ames research center, or going abroad to Bolivia to study water systems. Overall, their academic programs were incredible. It should also be said that the cost of attending a private university is not cheap – at about $42,000 a year, many of the students explained to us the importance of grants, scholarships and “work study” programs which help students to make ends meet. 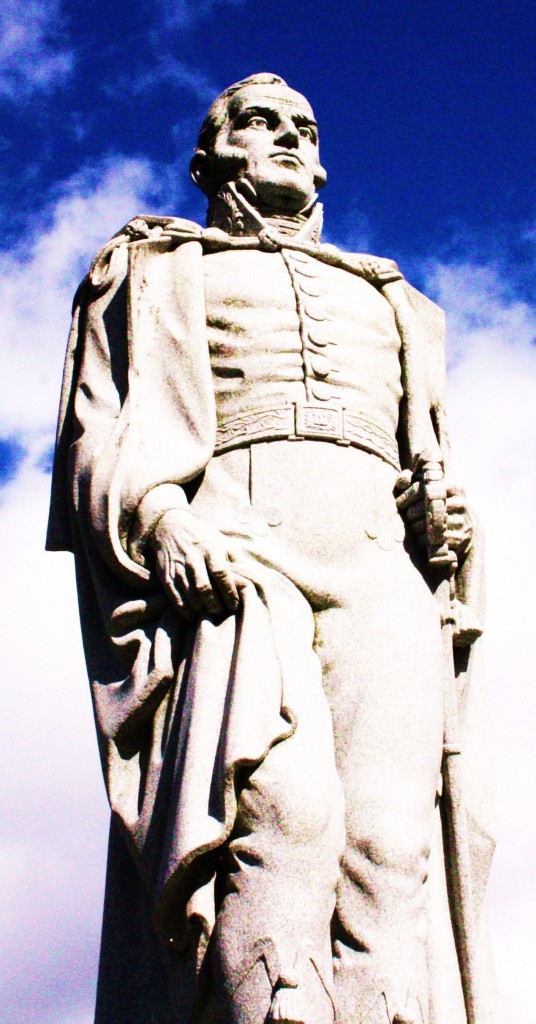 The esprit de corps at Norwich is evident, as all students, civilian and cadet, learn to lead and live with integrity, all the while following the school motto, which is: “I will try.” It is evident that not only does one wishing to attend Norwich go for the experience, but also the prestige this historical university brings to all of its graduates. Not to mention the MASSIVE school rings fourth year students sport. These rings are massive, size 26 I believe is the largest size many of the student can go up to, because once they reach size 30, they must be registered as brass knuckles (for the women and the men). As impractical as we thought them to be, there was no denying the pride with which we saw in each of the fourth years with regards to this massive rings. These rings are not only a piece of jewelry, but a right of passage. One of the officers explained to us that although these cadets pay thousands of dollars in their Junior (second) year towards these rings, (money which they do not have intense amounts of) if they fail to meet the standards in fourth year, or are charged, the ring gets taken back – regardless that the student has already paid for it. This simply illustrates the determination and dedication these cadets must have in order to complete their schooling in this prestigious university and this is supported with Norwich’s second motto: Expect challenge. Achieve Distinction.”

We had the opportunity to also attend their regimental ball (much like our Christmas ball) which was quite nice, yet ended quite early (midnight!). It was a fun time for many of their “rooks” (first years) as this was their first time wearing makeup or civilians in many months, and like the last time for even longer. Their first year program runs until March, with the opportunity for rooks to gain different privileges depending on their conduct throughout the year. We took advantage of our visitor-status to talk to as many first years as possible to see how they felt about the school. Once staff were not around, the sullen looks of the first years gave away to smiles and they were only to eager to tell us how even though it was much different than their civilians lives, they really enjoyed themselves. The team dynamic was completely similar to the esprit de corps first years gain during RMC’s FYOP program. Norwich appeared to be so much like RMC, yet so different at the same time.

Special thanks go out to Cadet Victor Traven for initiating this exchange, as well as all the other members of the faculty, military training division, and students who helped make our trip a memorable 4 days.