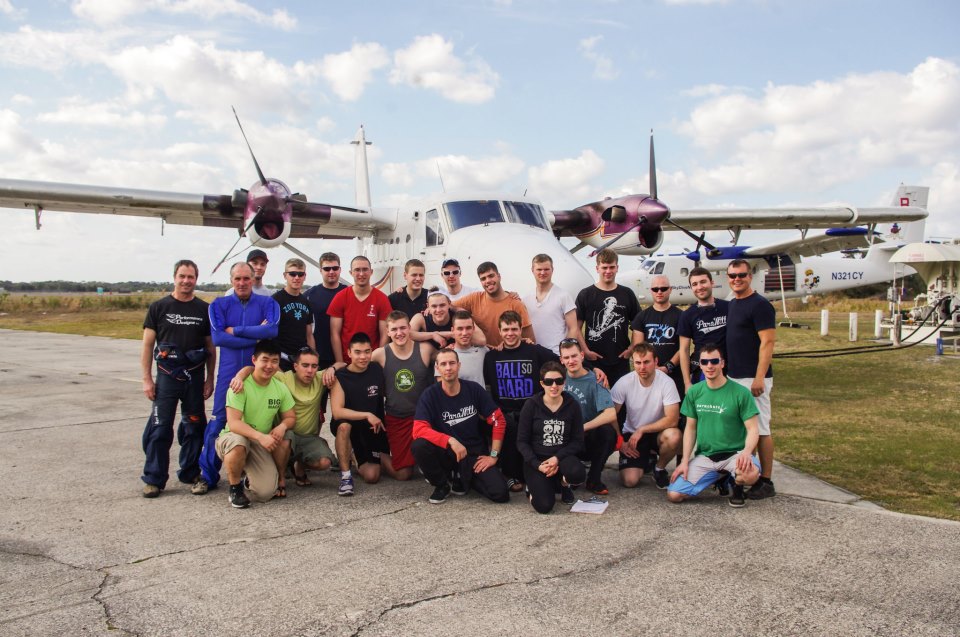 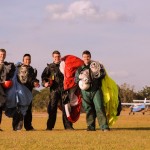 During reading week the RMCC Skydiving Club took 26 of its members to Skydive City in Zephyrhills, Florida to get new skydiving qualifications. Nineteen members were new to the sport and obtained their solo certificates during the week. To obtain a solo certificate of proficiency, these new skydivers each completed ten jumps, half of which were with an instructor. The first jump is completed with two instructors to ensure that the individual stays stable in the air and is able to pull their own parachute. The next four jumps are completed with a single instructor, this is where new skydivers learn how to do turns and flips as well as begin to develop the skills required to skydive on their own. The following jumps are completed on their own; however an instructor does an equipment check and is with them at the door to ensure the exit goes smoothly. The tenth jump is a graduation jump where the student gets a video of their jump and finally obtains their certificate.

The other seven skydivers that travelled down to Florida over reading week were working on their A and B licenses, which are the next level of licenses. Skydivers working on their A licenses learned how to fly in proximity to other individuals and do basic formation flying. They learned to adjust the speed of their fall 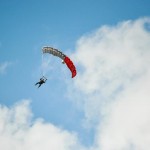 as well as move forward and backwards and are now allowed to jump with one other skydiver, as long as they have the proper credentials as well. The B license skydivers learned similar skills to a greater degree and these individuals are now qualified to jump in big groups rather than just in pairs. With more jump experience these B license skydivers will be able to look into getting their instructor qualifications.

In addition to skydiving, many of the club members took it upon themselves to take their parachute packing course.

The trip to Florida was a big success for RMCC skydiving and a similar trip is already in the plans for next year. RMCC skydiving will continue to have weekend trips to drop zones in the local area where skydivers can put their new qualifications to use.