Calgary RCAF Mess Dinner: Air Force and Hawk One Project at the forefront 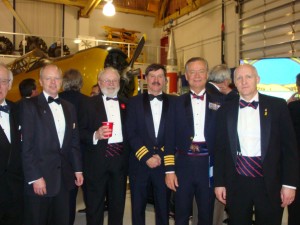 The Calgary RCAF Mess Dinner took place last Friday at the Calgary Aero Space Museum, celebrating the 85th Anniversary of the RCAF and the 100th anniversary of powered flight in Canada. Dan Dempsey, one of 5 Hawk One pilots, was the guest speaker at the dinner and spoke about the Canadian Air Demonstration teams histories and the Hawk One Project. The Hawk One Project has lots of ex-cadet presence ( Mike Potter of Vintage Wings in Ottawa; Dan Dempsey, former Snowbird Leader; Chris Hadfield of the Canadian Space Agency) and probably others as well. The Hawk One website tells the story and is very interesting. 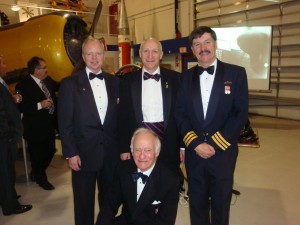 Click HERE for more info on the Hawk One Project

Conflict Over Migration Is a Manageable Problem, Says Expert

“The impact of migration on conflict is a man-made problem,” says demographic expert Christian Leuprecht in his new article, “Migration as the Demographic Wild Card in Civil Conflict: Mauritius and Fiji.” “The way migration is managed (or not) can determine its potential for mitigating or escalating a conflict.”