Class of 2013 Prep City Parks for the Summer

On Saturday, May 5, the RMC third year class was out in full force for their class project. As RMC has done for the past several years, the Third Year Class Project consists of heading out to the various parks in Kingston and conducting various maintenance duties. In total, RMC third years assisted at seven different parks in the city and performed actions such as repainting benches, adding mulch to the park trails, and cleaning up the parks in general.

The City of Kingston has often expressed their appreciation for the work done during the Third Year Class Project and this year was no exception. Across the city the members of the third year class were preparing the parks for use over the coming summer months while demonstrating a commitment to involvement in their community. Throughout the day, observing citizens expressed their appreciation as well. 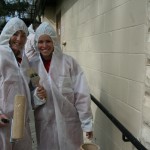 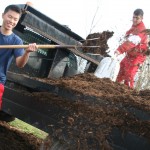 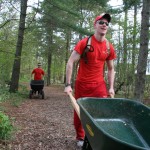 As the cadets at the various parks finished up their tasks, they convened in City Park where they were able to take some time to appreciate the beautiful warm weather. Once all the cadets had arrived, the city presented a tree they had planted in honour of the RMC Class of 2013 as a sign of their gratitude. The college’s DCdts, LCol Wigg, was present for the tree dedication and she commented on how impressed she was with the hard work of the cadets that resulted in an efficient and professional operation.

While the success of the Third Year Class Project is due the dedicated work of the third year class as a cohesive whole, there are several individuals in particular deserving of recognition. 26188 OCdt Steve Trainor was the OPI for the event and began planning this operation months in advance. His foresight and planning ensured that the project was carried out smoothly. 2IC 25573 OCdt David Neppel’s logistical support ensured that parks requiring “reinforcements” received them promptly, ensuring that the tasks of all the parks were achieved within the planned timings. The OPIs for each of the parks saw to it that all that needed to be achieved was achieved. 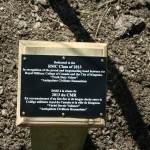 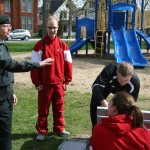 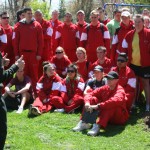 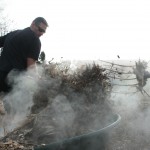 The result is that the intent of the Third Year Class Project was fulfilled: providing visibility for the cadets and RMC as a whole in the community, while strengthening the time-honoured relationship between the Royal Military College and the City of Kingston.