Kingston, Ont. (May 17, 2022) – The RMC Paladins welcomed 22461 Claire Bramma (RMC 2002), Pat Clayton and 17226 Peter Nicol (CMR 1990) as the newest members of the Athletics Wall of Distinction (AWOD) in a virtual ceremony on Tuesday evening, which premiered on their Facebook and YouTube pages.

The AWOD was established to honour those who have brought distinction to the Canadian Military Colleges (CMC) through significant achievements and contributions in sport while at a CMC and/or following graduation throughout their athletics careers. The Athletics Wall of Distinction program was conceived of by the Class of 1970—spearheaded by chair of the selection committee Jim Simpson—and is supported through an endowment funded by the Class to honour its entry into the RMC Alumni Association Inc. Old Brigade in the fall of 2015.

Before the honourees gave their speeches, Marshall introduced Commodore Josée Kurtz, who was presiding over her first AWOD celebration as Commandant of the College.

“While I’ve only been at RMC for one year, I’ve gotten to know many of our current student-athletes, working with some of them very closely, and celebrating their achievements at the varsity awards ceremony a couple weeks ago,” Cmdre Kurtz said. “So, I will not be surprised when, one day, I learn that some of the student-athletes, teams, or staff I’ve met during my time at the College earn their place on the Athletics Wall of Distinction alongside this year’s worthy inductees.” 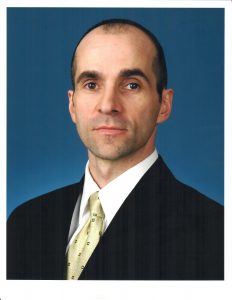 The AWOD selection committee, now comprised of ex-cadets representing every decade from 1950 to 2010, selected Nicol as a builder for his contributions to the sport of Taekwondo, both at RMC and beyond.

“Taekwondo has been such a significant part of my life,” he said. “From growing up in New Brunswick, where I didn’t have access to other sports, to being a huge factor in my getting accepted to CMR[SJ] in 1985, as well as my success there as an Officer Cadet, and then while in uniform, and travelling the world as part of the CF CISM team, Taekwondo has given me so much.”

After helping the team at CMRSJ earn varsity status, Nicol came back to the military colleges as the head coach of RMC’s team a decade later, where he coached multiple athletes to provincial and national medals, and even earning a spot on Team Canada.

“For any success while I was at RMC, I still think I was quite fortunate,” he said. “Basically – being in the right place at the right time.”

Nicol, apart from his notable work at RMC, also contributed significantly to the CAF’s military national Taekwondo team, which competes in CISM events around the world. Some of the athletes Nicol coached in this program found similar success to those at RMC, winning medals at the Taekwondo Canada national championships.

Nicol also participated behind the scenes, serving on the Taekwondo Ontario board of directors, and helping to organize national and international tournaments. 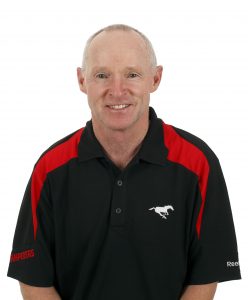 Another former staff member of the athletics department, Clayton began his impressive career as RMC’s head athletic therapist during the 1970s.

“This is truly an honour and one that I take with great pride,” he said. “To be able to serve the cadets, staff, and officers of RMC, and have them entrust me with their health, is one of the greatest honours one can have in this career.”

In addition to his role at RMC, Clayton was simultaneously teaching in the Queen’s University Faculty of Rehabilitation Medicine and volunteering with the Canadian Athletic Therapists Association, where he eventually served as the President.

Clayton left Kingston to join the CFL ranks, first as the head athletic therapist for the Winnipeg Blue Bombers, before joining the Calgary Stampeders as the director of medical services from 1985-2013. In 2014, the Stampeders inducted Clayton onto their Wall of Fame.

Throughout his career, Clayton was on the medical staff for various high profile events, including World University Games, Olympics, Paralympics, Youth Olympics, and World Hockey Championships. 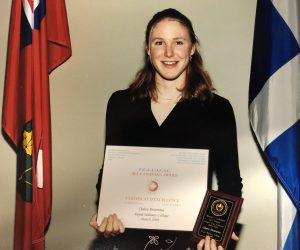 The sole inductee in the athlete category this year, Bramma was a dominant force on the volleyball court at the tail end of RMC’s stay in the OCAA. From 1998-2002, Bramma won RMC’s female athlete of the year three times, and set the league all-time kills and points records.

“Although my individual statistics reveal something about the ability to score points and make attack kills, these records don’t necessarily tell the back story,” she said. “Behind all the points scored, there were hundreds of passes and sets that put the ball into a position where I could finish the play, so I would not be here today, accepting this recognition, without my teammates.”

A three-time CCAA All-Canadian, Bramma also earned the title of CAF Female Athlete of the Year in 1999 before setting OCAA single-season records in kills and points the following year. From her rookie year on, Bramma certainly looked at home in the gym.

“The volleyball court was a safe haven during my four years at RMC,” she said. “It was a place that I loved to go to every day, a place where I could compete and play my heart out, and a place of community – to experience what it means to be part of a team, and to find friends and learn how to be a friend.”

Even while she was at the College, her talent had earned her a place on the military national team. Bramma would continue to play in international CISM events for nearly a decade after graduation, including several World Military Games and World Volleyball Championships.

For the complete list of AWOD inductees and its criteria, visit gopaladinsgo.ca/AWOD.