I spent my summer here in beautiful Kingston, and as everyone returns I hear stories of their summer training and the great experiences they had, and the things they learned. When I heard that Smokey had an article he wrote about CAP, or Common Army Phase Training, I thought it would be a great addition to the eVeritas, as all RMC cadets, past and present, can relate to summer training and the life experiences you gain from it. 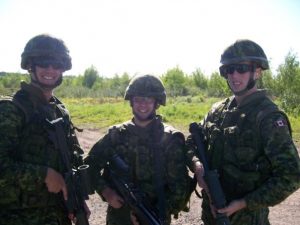 As CAP serial 0906 closes down, the candidates are left feeling confident, competent, and above all, they are feeling Army. The majority of the candidates on 0906 are members of the Royal Military College of Canada, with a few other ROTP candidates and DEOs fresh from CFLRS. For most, after CAP was completed, leave was in order. For the rest, they will stay behind in CFB Gagetown to carry on with subsequent phase training. The end of the 10 week long course marks a crucial point in the candidate’s career progression; they are now fully introduced to the Army and can function on a basic level. 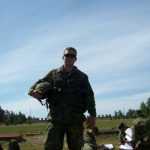 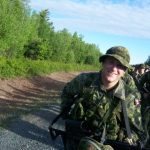 The Common Army Phase, or CAP, is just exactly what it sounds like: it’s a standard course for all army officers. CAP focused mainly on an infantry perspective to the Army. With that being said, however, the course was not only infantry officers; in fact, there was a mix of combat arms, supporting arms, an Air Force construction engineer, and even a Naval Intelligence officer. 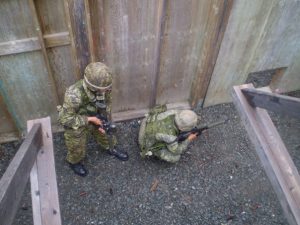 The 10-week course is divided into five mods of 2 weeks each. The first mod trained the candidates on various radios and the DAGR navigation system. The second mod had CAP 0906 rucking daily to and fro the ranges in order to qualify them on weapons such as the C-9 LMG, C-13 hand grenades, and the Browning 9mm pistol. Furthermore, the second mod created active ARSOs and RSOs of the candidates. The third mod contained arguably the most arduous field ex that 0906 endured as they explored offensive and defensive operations. The two weeks of mod four contained patrolling techniques. Finally, the fifth mod was all about PT and instructional methods. The Grenade Range at CFB Gagetown

The field portions of CAP offered a good insight of what the army is all about. Living in tent city offered a taste of where operational soldiers would sleep while in camp. 0906 was lucky enough to have semi-permanent WeatherHavens to stay in, and brand new laundry and shower facilities to go with them as well. With all the physical activity that 0906 was doing, it was good that the mess was producing fine food for them to eat and stay healthy. The culmination of the field training ended in a company attack with live-fire C-6 and BATsims. The candidates weathered through harsh rain, bitter cold mornings, blazing hot suns, and relentless mosquito attacks. The elements did nothing but harden 0906 as they successfully passed every mod. As 0906 took on the CFB Gagetown training area along side with their sister CAP course 0905, spirits were always held high with a fresh meal for supper, and the occasional bagpipes to inspire the soldier. 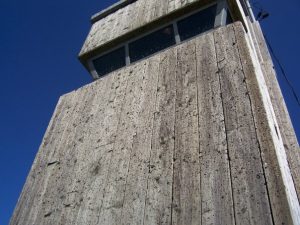 Like any course, there were difficult times. The candidates all knew that no matter how hard they found the training, or miserable they might be, there is always, if even for just 10 seconds a day, a moment where they stop and realize that all this is worth it. Be it a beautiful sunset while on sentry, or a good drink of water on patrol, there was always a moment of profound pride and satisfaction.