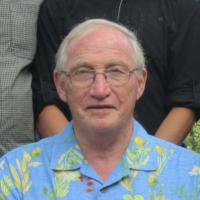 It is with great sadness that we share the peaceful passing of Lt.-Colonel James Knapp (Retd), surrounded by his loving family on 26 Feb, 2021 in Halifax, Nova Scotia.

Jim was born in Perth, Ontario and lived in Ottawa where he graduated from Laurentian High School. He joined the military in 1962 where he first attended Royal Roads and the Royal Military College, graduating in 1967.

Most careers in the armed forces come with travel and adventure and his was no exception. After graduation, while in Shilo, Manitoba, he met and married the love of his life, Karen Hearn, in 1970, and they spent the next 25 years travelling the world together on a wide variety of postings with their two boys along for the ride. From Germany to Israel, Cyprus, and Syria, and many locations in Canada, it seemed like they were always on the go. Throughout his career Jim held many command positions in the artillery, including 2IC of 2RCHA, as well as commanding the RCA Battle School in Shilo. Taking on UN postings led him to adventures in the Middle East and Cyprus. He loved soldiering and was immensely proud of his service.

Jim finally retired at the age of 50, and he and Karen settled in Berwick, Nova Scotia. Not content to fully retire, he came out of retirement to work for the Organization for the Prohibition of Chemical Weapons (OPCW) in the Netherlands and at the Pearson Peacekeeping center before retiring again to the North Mountain just above Berwick.

Jim was the classic officer and gentleman, and a fascinating man of many different interests and passions. He was a runner, having completed several marathons, and an avid cross-country skier. He loved dogs, the mountains, the Maritimes and foraging for mushrooms! He was a lover of the great outdoors, of hiking and camping and travelling. He loved to cook (pepper steak was his specialty) and was known to enjoy a “wee dram” on any occasion. You could usually find Jim in the garage, boiling lobsters or maple syrup (depending on the season). He loved gardening, and everywhere he lived plants flourished! He was a good friend to all and had a love of meeting new people, no matter where he went. He loved to be part of the community, always lending a helping hand or organizing events. A lover of music, Jim was always heard singing in the house. Later in life, he joined the choir and learned to play the guitar. Above all, Jim was a loyal friend to many, a loving father to Chris and Tim, a wonderful grandfather to Lara, Sarah, Aaron, Peter and David, and was a faithful loving husband to Karen.

Jim is survived by his loving wife, Karen, his two sons Chris and Tim, daughters-in-law Marie-Josee and Jacqueline, his sister Nancy Viau and brother-in-law Pierre, his five grandchildren, many nieces and nephews, his cousin Faye and many friends all over the world.

Jim will be sorely missed but he will always be in our hearts. 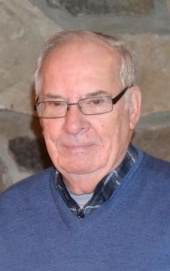 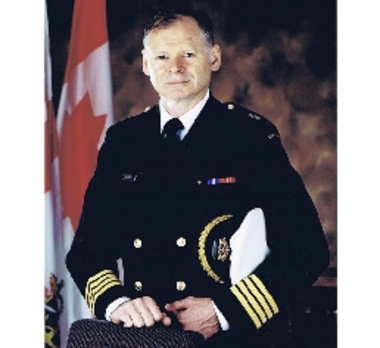 It is with great sorrow that we announce the passing of Claude Panet Beaubien after a lengthy battle with Parkinson’s on February 1st at the CHUM in Montreal, in his 78th year.

Claude was a loving father to his three sons, Erick, Antoine and Mathieu and grandfather to Laetitia. He will be fondly remembered by his sister Jeannine (Joaquin Duque, Spain), his brother Jean-Pierre Luc (Jennifer Kemeny, USA), his many nieces and nephews, and the friends he worked with and sailed with throughout his life.

Claude was preceded in death by his parents, Claude Panet Beaubien (1986), engineer and V.P. Alcan, his mother Jeanine Charbonneau Beaubien (2016), actress and founder of the Montreal International Theatre “La Poudrière,” and his brother Andrew Stuart Beaubien (1975).

Born in Shawinigan on August 22nd, 1942, Claude graduated from the Royal Military College Saint-Jean and Kingston in electrical engineering, with a commission as Sub-Lieutenant in the Canadian Navy. After proudly serving his country in Cyprus and the Pacific, he obtained an Architecture degree at McGill University and an MBA at l’Université de Montreal.

Claude had an Architecture practice for several decades. He was a member of the Montreal Board of Trade  and active with the Union des Municipalités du Quebec (UMQ) In memory of his grandfather, Mayor of Outremont for many years, he collaborated yearly with the UMQ, giving the coveted Joseph Beaubien Award of Excellence. As an officer with the Black Watch Royal Highland Regiment, Claude wore his kilt with pride. He continued to serve as a volunteer with the Canadian Navy in various public activities on several naval vessels throughout his career. He was honoured with the rank of Honorary Captain (N).

Claude courageously fought the debilitating disease that afflicted him, finding solace in meditation and Tango.  The family wishes to thank the Neurology Department staff at the CHUM for their exceptional care and compassion during the many months Claude was hospitalized.

A memorial will take place at a later date due to current Covid-19 restrictions. 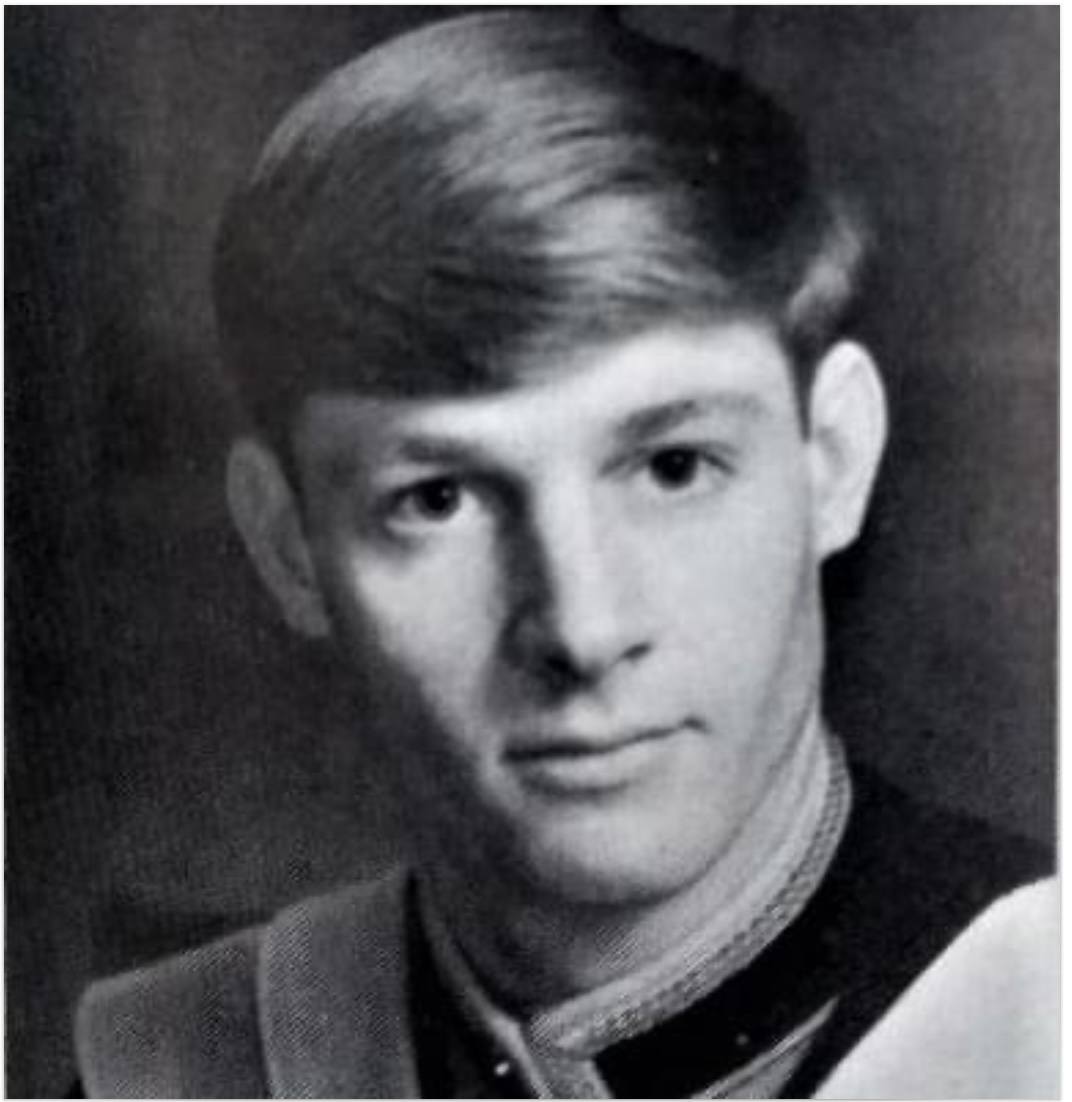 Monday, December 1st, 1947 – Tuesday, February 9th, 2021
It is with great sadness we announce that Andrew Blake Clark lost his battle with cancer at the Orangeville Hospital on Tuesday, February 9, 2021.
He was predeceased by his parents, Blake and Lillian (nee Ward) Clark; his first wife, Janet (nee Tate); and his brother, David. Andrew leaves behind his loving wife, Cynthia and his daughters Kathryn (Jason), Rachel, Gretchen (Jonathan), Lara (Michael) and his stepchildren Maya (Steve) and Derek. He was Papa to Liam, Aidan, Evan, Keeley, Eileen, Isaiah, Audrey, Noah and Oliver, as well as Aidan, Hannah, Zoe, and Ronan. He is survived by his siblings Geoff (Nancy), Judi (Andrew), and Christopher. He will be missed by many cousins, in-laws, nieces, nephews and their children.
Andy was born in Grand Forks, British Columbia December 1, 1947. He was introduced to military life early, as his father, Blake, an Engineer in the RCAF, moved the family several times across Canada, including a posting to Germany. In 1965, he was accepted to Royal Roads Military Academy, where he excelled on the soccer field. He went to finish his degree in Kingston at RMC, where he met first wife Janet. They married in 1969, shortly after his graduation, and were posted to Winnipeg where he completed his Navigator training. Kathryn joined them in the fall of 1970, and Rachel the following year prior to their posting to Greenwood, Nova Scotia. They crossed the country a few more times between BC and NS and had two more children: Gretchen in 1974 and Lara in 1978. Andy was fortunate to receive a 3-year international posting to RAF Cranwell in Lincolnshire, England where he took the Aerospace Systems Course, and was course manager for two years. After returning to Canada, he completed Staff College at Downsview, Ontario. His love of flying sent him back to Comox, BC where he remained until his retirement in 1997.

In 2001, Andy and Jan returned to Ontario to be closer to Jan’s aging mother, and after a year in Midland, settled in Oxford Mills. Andy worked as a consultant for an engineering company, General Dynamics, contracted to do the navigation systems refit for the Aurora, an aircraft used by the military for maritime patrol. It was the perfect job for him as he had been part of the crew to first fly this aircraft out of Greenwood. In this home, Andy was able to have a magnificent garden that kept him busy evenings and weekends as long as the snow stayed away. When the snow was there, he did things like build a mill in his garage so he could create bassinets and cribs for his grandchildren.
Unfortunately, Jan died suddenly in 2008, after which Andy retired once and for all and moved to Orangeville to be closer to family. He began attending St. Mark’s Church where he joined the church choir and shortly after the Headwaters Concert Choir. Here, he was able to start a new chapter of his life.
It was at Headwaters Concert Choir he met Cynthia (Robinson) who shared his love of singing, travelling, and gardening. They married in December 2010. Their love of travelling took them to Kenya, across Canada to Vancouver Island, throughout the United States, as well as northern Ontario, to the end of the paved roads. During these travels they stayed with family and friends. Singing took them to Italy where they had the wonderful experience of singing at St. Peter’s and in Palestrina with visits to the Amalfi Coast, Venice and Florence. Their last home was in the country on a lake where Andy at last had a separate workshop building where he was able to continue his woodworking skills making gifts, and together they worked on fixing up this home and tending their large vegetable and flower gardens.

Andy will be remembered as a man who worked with his hands, sharing his love of building with all of his grandchildren. When he wasn’t in the workshop, he could be found puttering around in the garden with Cyn, or sitting with his feet up reading a book.

Memorial donations in memory of Andy may be made to St. Mark’s Anglican Church, Orangeville or a charity of your choice would be appreciated by the family.
A tree will be planted in memory of Andy in the Dods & McNair Memorial Forest at the Island Lake Conservation Area, Orangeville. The next annual dedication service will be held on Sunday, September 12, 2021 at 2:30 p.m. Condolences may be offered to the family at www.dodsandmcnair.com