Observing an Engineer Platoon Leader in a tough Environment of Change

There are times in a military career when a leader is confronted with reorganizations and mission change that do not always synchronize well in terms of developing tactics, techniques, procedures, needed equipment, and training.  Yet, the mission must proceed and the leader must adapt and provide the needed leadership.

Such a development  occurred in 1975-77 as a separate brigade that had previously supported the U. S. Army Infantry School transitioned to a strategic force (Forces Command) separate mechanized brigade aligned with contingency missions of the XVIIIth Airborne Corps.  The transition not only involved reorganization of the Brigade into a modified table of organization and equipment (MTO&E) separate maneuver brigade but also a greatly expanded training program that involved individual and unit training toward a then operational readiness training test (ORTT) followed by a heavy schedule of tactical exercises without troops (TEWTs) by command elements, gunnery exercises to qualify and certify gun crews, Army Readiness Training Evaluation Program exercises (ARTEPs), field training exercises (FTXs) and joint exercises.

Units of the brigade spent a large part of the fiscal year deployed locally on Ft. Benning, Georgia’s huge terrain resources and to Eglin Air Force Base, Florida, Ft. Bragg, North Carolina, McGregor Range, New Mexico, Ft. Stewart, Georgia, and other installations. This aggressive field training program, while greatly beneficial in increasing the brigade’s and its unit’s readiness, nevertheless put significant pressure and strain on units and soldiers as they also reorganized and reequipped.

Equipment compromises of some elements remained significant as a capabilities gap.

Some new equipment issues were delayed indefinitely such as M113 Armored Personnel Carrier family vehicles manufactured by FMC (Food Machinery Corporation) whose new production was being prioritized to the Israeli Army after the losses of the 1973 War.  This gap relative to necessary tactical capabilities in some units in the developing environment of the brigade and its aggressive program of enhancing mission readiness began to be telling.  Its artillery for example, 105mm and 155mm howitzers,  was still towed and not M109 self-propelled howitzers.

As well, the brigade’s combat engineer platoons remained equipped with M51 5-ton Dump Trucks.  The combat engineer platoons were to be equipped with the fully tracked M113 Armored Personnel carriers, which as noted had become a deferred reorganization development.  This would affect the platoon’s ability to operate with the brigade’s armored and mechanized battalions. 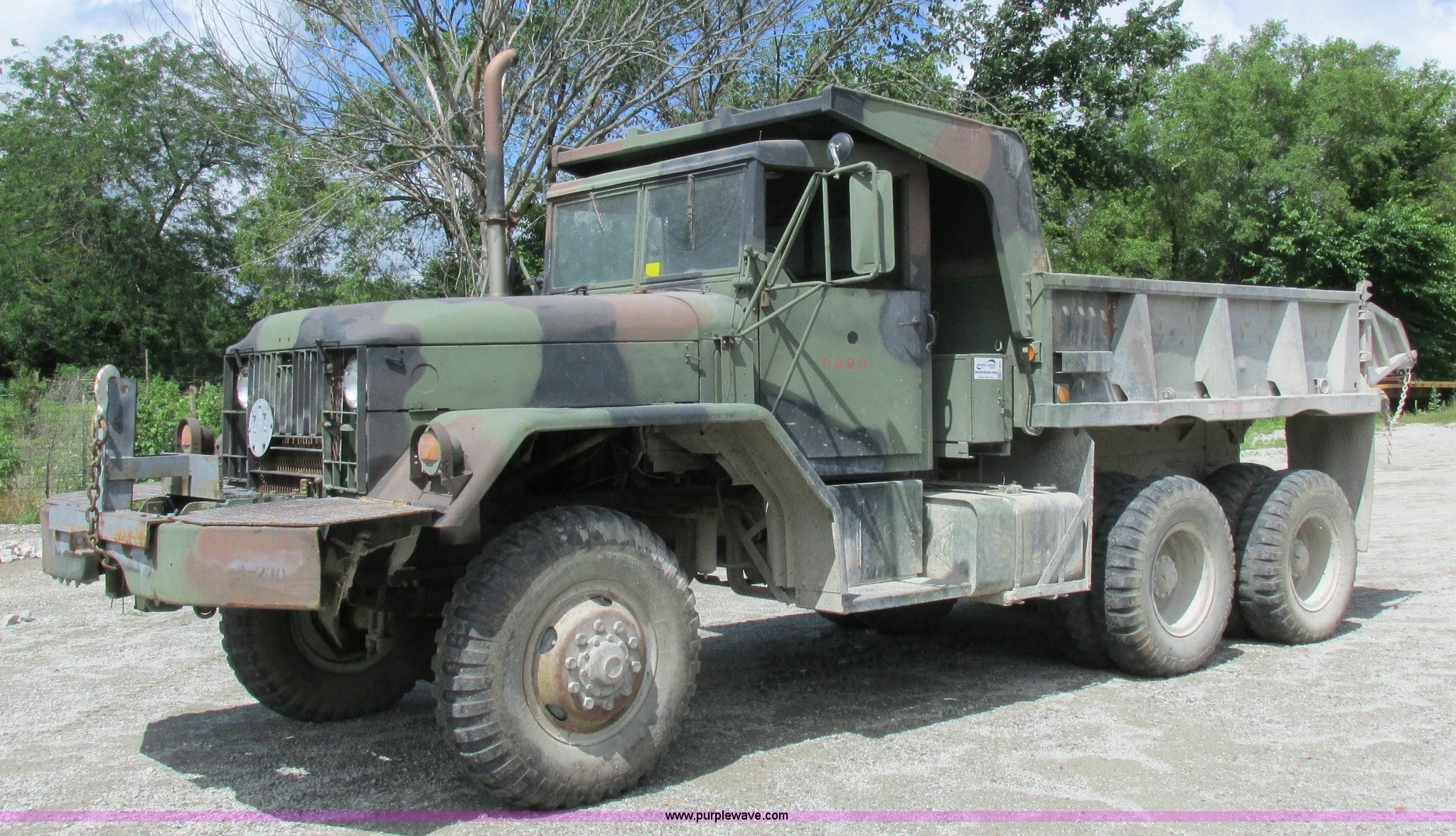 It is the equipment capabilities gap in the combat engineer platoon that attracts focus in the following vignette.  Specifically, the leadership challenge confronting the engineer platoon leader because of the equipment limitations deserves that focus.  The platoon, placed under operational control of the mechanized infantry battalion consistently during the heavy field training schedule, equipped with its four M51 dump trucks, would present the platoon leader with severe leadership challenges. How the lieutenant met them is of interest.

The S-3 Air (the assistant battalion operations officer) of the 1st Battalion (Mechanized), 58th Infantry Regiment, a captain, was preparing to brief a combat engineer platoon leader on a change to the order presented about an hour earlier at the battalion’s orders group in the battalion’s tactical operations center (TOC).   The engineer platoon was positioned in the vicinity of the TOC at the moment.

The battalion was one of the three maneuver battalions of the 197th Separate Infantry Brigade, a formation in the process of reorganizing as a separate mechanized infantry brigade of a headquarters and headquarters company, a tank battalion, two mechanized infantry battalions, a self-propelled artillery battalion, a support battalion, an armored cavalry troop, a combat engineer company, a Redeye Air Defense Platoon, a Signal Platoon, a military police platoon, an intelligence detachment and an aviation detachment, a force of some 5,000+ troops.  While the brigade headquarters company, armored battalion, one mechanized battalion and the armored cavalry troop were in their objective organizations of the reorganization, other units were still in the process of reorganizing.

As well, the combat engineer company, a battalion size unit of some 370 troops also had not reorganized to an armored/mechanized equipment base, continuing to mount the combat engineer squads in M51 Dump Trucks as opposed to the required M113 Armored Personnel Carriers.  The incompatibility of the M51s to support the engineer mission with the tactical mobility of the armored and mechanized units was a continuing difficult challenge.

The battalion was deployed on an FTX of what was becoming one of many TEWTs, FTXs, and an ARTEP that would engage 1st Platoon of the 72nd Engineer Company under the battalion’s operational control.  A process was about to begin that would test the equipment incompatibility gap presented by the platoon’s tactical transportation seeking every means of effectively applying the platoon’s mobility/counter-mobility capabilities.

The captain briefed the lieutenant on a change to the earlier operations order.  The brigade, based on new intelligence, had adjusted the battalion’s defense position.  The initial counter-mobility mission for the engineer platoon had been changed.  The captain brought the lieutenant up to speed and entertained his questions.  The lieutenant considered the mission doable emphasizing that the platoon would be working through the dark hours it being late afternoon.

The captain acknowledged the lieutenant’s assessment.  The captain had also provided the lieutenant with two “be prepared” missions, both involving movement over broken terrain.  The engineer platoon leader stated that the platoon would be able to perform the contingencies but pointed out that the battalion’s mobility in executing either contingency would exceed the platoon’s delaying the initiation of work on the mobility targets in one and the counter-mobility targets for the other.

The captain acknowledged the mobility differential and stated that the platoon’s orders would be adjusted as the situation developed.

It was raining, cold rain, the season being well into fall.  Though there was still daylight it was getting dark fast.  The TOC had been in its current position for more than 24 hours and would be displacing soon.  The lieutenant made haste to his four M51s with his four squads huddled in the gondolas of the trucks, sheltered as well as possible with their ponchos…there were no tarps.  The lieutenant quickly briefed his platoon sergeant and squad leaders.  Shortly, the platoon moved from the TOC area to the graded dirt road that they would move along to their counter-mobility target.  It would be a long night for the combat engineers.

As dawn approached the battalion’s elements initiated movement from their current positions toward their lines of departure (LD) for the battalion attack. The engineer platoon had been working through the night on the mobility mission assigned.  Despite the deteriorating weather, all went well and the battalion’s unit’s crossed the LD on time.  By late morning the battalion had attacked and consolidated on the objective.  A short time after brigade ordered a further attack activating the engineer platoon on one of its contingencies.

Thus began four days of continuous attack and defend movement in a wet, cold and muddy broken landscape with few paved roads.  As the exercise developed, the engineer platoon’s mobility simply could not accommodate the mobility of the tracked units for any offensive maneuver.

Defense offered more opportunities for the M51 mounted engineers to engage effectively where situation and timing allowed the vehicles and engineers to engage in counter-mobility work to effect.  However, there were several instances where a mechanized company was impeded by terrain and opposing counter-mobility work and the engineers were able to work forward and take out the obstacles sufficient to restore movement.

But the weather took a toll on the engineers in their open M51 gondolas and the mud and terrain strained the engines and running gear.  Through it all the platoon leader never faltered experiencing the unfriendly weather and conditions with his engineers.  He was forthright in accepting and evaluating assignments but always oriented on getting as much done as conditions would permit…and the platoon proved innovative in use of materials for emplacing obstacles using timber at hand along with other material available as well as supplies brought forward with additional teams requested from the 72nd Engineer Company.

The platoon was exercised in laying mines, recovering mines and clearing mines as the exercise progressed.

But whenever the tactical situation became highly fluid with rapid cross country maneuver and movement, the incompatibility of the M51s was apparent, never mind the beating suffered by the engineers in the M51s’ gondolas.  However, thanks to the cooperation that developed between the battalion’s S-3 Air and the platoon leader and the latter’s effective committed leadership the coming series of field exercises refined the effectiveness of the engineers even with the M51s.

Most critically the platoon leader’s leadership by example, sharing all hardships with his soldiers, produced surprisingly good morale in a platoon that did not experience an easy time of it in the field, especially when the weather deteriorated.  Somehow the engineers turned their misery into an “outward bound” sort of adventure…they bonded as they confronted the adversity, much of this positive result due to the platoon leader’s leadership.

The engineer platoon leader exemplified the best traits of a tactical platoon leader.  The performance of his platoon underscored the effectiveness of his leadership, even in the most demanding situations.

Note 1: Eventually the remaining brigade units reorganized as intended.  The brigade deployed to the Middle east during the first Gulf War to fill out the 24th Mechanized Infantry Division with a third maneuver brigade.  The brigade remained at Ft. Benning, Georgia for many years afterward as a numbered Brigade Combat Team of the 3rd Mechanized Division.  All of the work mentioned above paved the way for these successful developments. 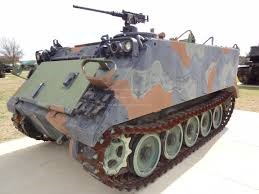 Note 2: The brigade’s engineers would ultimately replace their M51s with M113s as the engineer squad vehicle, but even this system was not fully up to the task,  Lieutenant Colonel Ronald A. Adkins in his 1993 Army War College Study Project “Iron Sappers Lead the Way: The 16th Engineer Battalion’s Support of 1st Armored Division in Southwest Asia” noted that the M113A3s equipping the battalion’s engineer squads were not big enough or fast enough for the battalion’s work with armored maneuver forces during the first Gulf War. 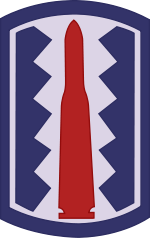