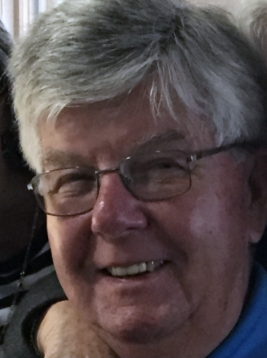 Age 82 of Hantsport, passed away peacefully on April 14, 2021 in Valley Regional Hospital. He was born on March 20, 1939 in Montreal a son of the late Edward and Rolande (Cyr) Pollard. He was a gradutate of the Royal Military College in Kingston, Ont. He served 38 years in the Navy. He commanded HMCS Skeena and HMCS Algonquin. He served two years in Ghana teaching at the Ghanaian Armed Forces College. His last posting was as Military Defence Attaché in the Kingdoms of Scandinavia. In his retirement, he wrote two books entitled Avon Valley Golf and Country Club and Ships & Sails and Hantsport Tales. He was past president of HMCC Hantsport, Avon Valley Golf and Country Club and Annapolis Valley Senior Men’s Golf Association. He also served on Hantsport and Area Historical Society and Board of Directors of Annapolis Valley Housing Authority. David was a devoted Montreal Canadiens fan. He is survived by his wife, Esther (Scott) Pollard; brothers, Michael, Alberta; John, Montreal; sisters, Joan, Ontario; Francine and Linda, British Columbia. Besides his parents, he was predeceased by brother, Russell. Thanks to the paramedics and the Hantsport Fire Department for their assistance. Also, a special thanks to the VRH staff for their care. In lieu of flowers, memorial donations may be made to the Hantsport and Area Food Bank. Cremation has taken place and there will be no visitation or service at David’s request. Arrangements have been entrusted to Serenity Funeral Home, 34 Coldbrook Village Park Dr., Coldbrook, 902-679-2822. “Anchors Away”

G. Peter Harley, son of the late Vera and George Harley died April 27, 2021 at his home in Newcastle in the arms of his wife Ann-marie, He is survived by his wife, his daughter Anne Dorothy Harley of Claremont, Calif and his son John Harley, (Lisa) and grandsons Spencer and Alexander of Toronto. His sister Dorothy Harley Eber C.M., his cousins, Frances and Anne , their spouses and children as well as his many nieces and nephews and their extended families will all miss him.  His step-grand  children Callum and Winnifred Code held a special place in his heart.

His donations to an AIDs orphanage in Malawi, through St. Peter’s Cobourg; as well as Covenant House, The Salvation Army, CNIB, the Clarington East Food Bank and many other causes directly benefited people.

He particularly enjoyed his reunions at Harvard with other MBAs from his class. It was a wonderful opportunity to catch up, exchange news, attend lectures and revel in Boston. Sadly it will be missed this year.

He had a special relationship with a child hood friend. The friendship was reignited at Military college and with a common love of sailing.  Rev. Ian Wishart joked that his annual visit to the Harleys was to check up on the guarantee of a successful marriage he had given as he had wed Peter and Ann-marie over thirty- one years ago.

Peter was an active member of the RCYC from 1957 on –  a serious racing sailor.  He held several offices within the club all with the aim of improving access to sailing and bettering the sport.   He donated one of the earlier sip and puff sail boats to challenged sailors in Ontario.

Sailing was important to him and he loved sharing it whether on Friday night races at the club or taking cousins Anne, husband Darcy and their brood, and Frances and Raoul to the North Channel.  He loved the BVI where the winds blew constantly and kept the sails were kept well trimmed.

His last C&C, Ghost Owl, carried he and Ann-marie on a 9 month journey to the Bahamas and back.  Their racing crew joined them for part of the return voyage. The joy of the adventure was the people they met, the friendships created and the value of being together, sailing.

He and his wife loved both travelling and family and made an effort to connect with family in England, Wales and Scotland on a regular basis.  They also enjoyed a wonderful small ship voyage around the world to welcome in the year 2000.

What an experience that was, learning all the different cultures, foods, dances, customs and economies that were encountered during those 5 and half months.

Special thanks must be given to Beatriz Lourdes Quitilen and her family for the comforting support given to Peter those last three days. It is a privilege to recognize their help. Dr. Theo Corpus and Erin the Palliative Care nurse must also be mentioned for the time and solace they gave.

A private family funeral has taken place.  A celebration of Peter’s life will be held when restrictions are lifted. A donation to a charity of your choice or one mentioned herein would always be appreciated.