Peacefully passed away on Friday, May 21, 2021 at University Hospital. Neil Russell was born in his grandparents’ farmhouse near Minden, Haliburton County, Ontario on June 15, 1935. Although he subsequently travelled the world and lived in several parts of it, he always called Haliburton County “home.”

Graduation from the Royal Military College, Kingston, and later an engineering degree from the University of British Columbia, Vancouver, launched Neil on a 33-year career as an officer and pilot in the Royal Canadian Air Force. His logbook totaled some 6,500 flying hours, first as a Cold War fighter pilot on NATO duty in West Germany and France, later as a flying instructor, and then over 3,500 hours on the C-130 Hercules four-engine transport. As a Lieutenant Colonel, he was the Commanding Officer of 436 Transport Squadron, Trenton, Ontario and later, promoted to Colonel, the Deputy Commander (Operations) of Air Transport Group. His ground jobs included several years in intelligence and long-range planning as well as Canadian Forces Attaché to Italy and Greece. When he retired as a Colonel in 1985, he was Director of Operational Planning, National Defense Headquarters, in Ottawa. He was awarded the Order of Military Merit (OMM), presented to him by the Governor General. Near the age of 50, Neil retired early to start an eleven-year career as an executive in the industry.

On his second retirement in 1998, he and his wife, Elsa, moved to London, Ontario, where Elsa was raised. Once settled in London, Neil took up golf which he enjoyed for several years until his back prevented him from playing. In retirement, he enjoyed choir singing and community volunteering, as well as his perennial love, travel.

In accordance with his wishes, there will be no public commemorations of Neil’s passing. Significantly, however, his ashes will be taken back to his “home” in Haliburton where they will be interred in the Russell family plot, under the pines in the beautiful 12 Mile Lake Cemetery, marked by a black granite memorial inscribed with the motto of the Royal Military College of Canada: “Truth, Duty, Valor,” words which guided Neil through a successful military and business career. 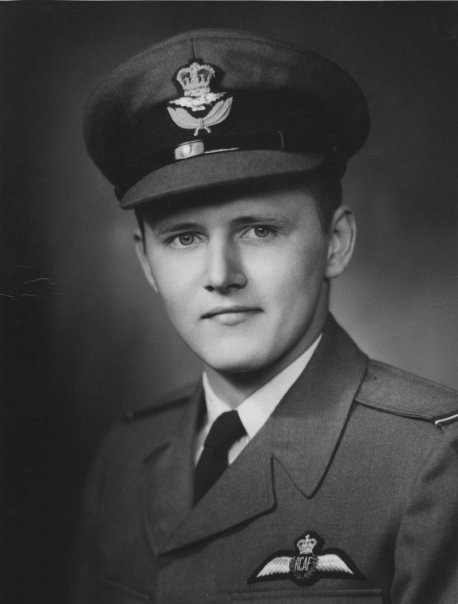 eVeritas was recently notified that 3954 William Hughes, Class of 1957, has passed away on May 30. Condolences for the family can be sent to his granddaughter Jessica at j-switzer@rogers.com.

I am saddened to report that 11739 Paul Robert Beatty has been to his last turnout. Paul suffered from kidney failure.
After leaving the College following first year he transferred to York University in Toronto and upon graduation there he joined Peel Police where he rose to the rank of Inspector.

Paul leaves behind his estranged wife Stacey and his two children Jordan and Emily with their spouses.