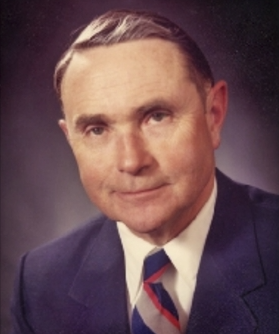 Jim was born in London, Ontario and attended Ridley College, the Royal Canadian Naval College, the University of Toronto (Engineering), and the University of Western Ontario (Business). From 1960 to 1971, he was President of Supertest Petroleum, a company co-founded by his father, John Gordon Thompson. He was also president of Sunningdale Golf Club Limited, where he oversaw the completion of many improvements. He was inducted into the London Business Hall of Fame.

Jim was known as a modest and quiet gentleman who was an active supporter of the community. He contributed to and shared his knowledge with numerous organizations in London including the Salvation Army, the YMCA, St. Joseph’s Healthcare London, Children’s Health Foundation, Victoria Hospital, Fanshawe College, Huron College, SARI Therapeutic Riding and St. John the Evangelist Church. He was a founding member of the London Power and Sail Squadron and was for many years the Honorary Colonel of the 1st Hussars. His contributions to community were recognized with a Queen’s Diamond Jubilee Medal. Very fittingly, the Masonic Lodge, of which he was a long-time member, presented him with the John Ross Matheson Award for his “distinguished service to his community, his country and mankind.”

Jim enjoyed a wide variety of hobbies and pursuits. These included piloting small aircraft, sailing, golfing, machining and gunsmithing, assembling electronics, boat building and crafting furniture. He could fix anything he put his mind to.

One of the great joys of his life was spending time with family, in particular in Fort Lauderdale and at the cottage in Corunna. He loved watching the freighters on the St. Clair River with Beverly at his side. He derived great pleasure from the many trips he and Beverly took with family and friends.

The family wishes to express its sincere thanks and gratitude to Chris Climent for her devoted support of Jim in his office activities which he pursued through his 94th year.

Jim will lie at rest at Woodland Cemetery. Arrangements in the care of Harris Funeral Home. A celebration of his life will be held at a future date. In lieu of flowers, memorial donations in Jim’s honour to the Salvation Army, the YMCA or a charity of your choice would be appreciated. Condolences can be sent directly to the family at jthompson@sunningdalegolf.com. 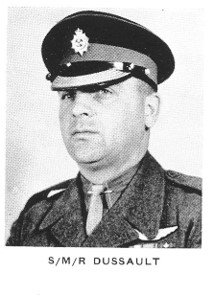 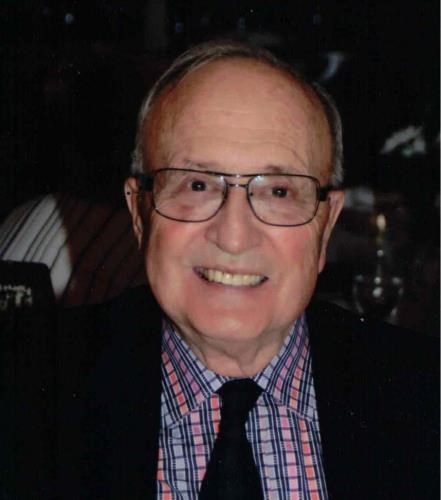 Justice Ronald Radley went home to be with his Lord on June 8, 2021 at age 87. Beloved husband of Miriam for 62 years. Loved father of Scott Radley (Monica) and Raquel Miller (Jeffrey); loving grandfather of Victoria, Caleb, Lauren and Meredith. Dear brother of Heather Holmes of California. Beloved son of Beryl Radley and Lt. Col. Edwin Radley. Ron graduated from Royal Military College in 1955 (#3348) and from Osgoode Hall Law School in 1959. He was a lawyer for 20 years in Ottawa and Toronto and served as an Ontario Provincial Court Judge in Toronto for 29 years. Ron volunteered as a Director and Big Brother with Big Brothers of Metropolitan Toronto for 25 years. He also volunteered with the Food Bank of Waterloo Region. Ron was on the board for several Christian missions and travelled throughout the world with his wife, Miriam, on mission trips to Africa, Asia, Mexico and Cuba for over 25 years. He attended the Peoples Church in Toronto for many years where he was an elder and more recently attended Waterloo Pentecostal Assembly in Waterloo. Ron’s favourite Bible verses were Proverbs 3:5-6 and Matthew 28: 19-20. A private family service has been held. Cremation has taken place. Interment has been at the Parkview Cemetery Chapel in Waterloo. Condolences for the family and donations to the Waterloo Pentecostal Assembly or the Food Bank of Waterloo Region may be arranged through the Erb & Good Family Funeral Home, 171 King St. S., Waterloo, at www.erbgood.com or 519-745-8445. 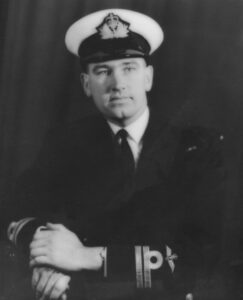 KENNEDY, Cdr. J.K. “Jake ” (ret.) passed away peacefully at home on April 26, 2021. He died as he had lived; on his own terms. John was born to a pioneering family in Vancouver, BC, on March 12, 1928. He is survived by his wife Judith, his son David of Toronto, Ontario and his daughter, Eran of Sequim, Washington and also his grandchildren, Sofie and Colin Feik. John was predeceased by his sister, Billee Boyd and he is survived by his sister, Diane Cook, his nieces and nephews, Fred, Gigi, Tracey, Leighton, Robert, Carolyn, Alistair, and first cousin Jocelyn.

In John’s youth, his father took him and his sisters to his grandfather’s farm outside Lougheed, Alberta where he spent summers learning to shoot with his Uncle Cecil Kinross, VC. At the beginning of the Second World War, John’s father moved the family to Prince Rupert after finding work with the American Army.

In 1943 with Canada at war, John volunteered with the American Army Transport Command, where he served aboard Liberty ships plying the inside passage to Alaska. Despite only being 15 years old, he acted with courage and was honourably discharged in 1944. This was the start of many maritime adventures for which he was to become legend. John was a bright student and was President of Booth Memorial High in his graduating year.

John was a dedicated Sea Cadet and his hard work resulted in a full scholarship to Canadian Services College Royal Roads in Victoria, BC. While at college, he established some of the many friendships which sustained him over the years. He graduated with honours in 1950 and was appointed as a Sub-Lieutenant, RCN. John’s first posting was onboard HMCS Magnificent as a midshipman. His time on the carrier was prescient as he later went on to have a celebrated career as a naval aviator. John sailed on RCN ships until 1953, when the excitement of flying drew him to Naval aviation. He earned his wings at Centralia, Ontario, and was then posted to RNAS Lossiemouth, Scotland, to train as a fighter pilot with the Royal Navy. Flying the powerful Seafury, he was thrilled with its speed and performance, a true match of character and destiny. This aircraft quickly became the love of his life, and he told many stories of flying this formidable fighter. In 1955, John was appointed to VT40 and then transferred to VF871 Squadron, before joining HMCS Magnificent, and returning to the carrier he had first trained on.

In August of 1956, John retired his mount, Seafury No.142, when he flew it to Scoudouc, New Brunswick where it was put into storage. Entering the jet age that same year, John converted to the Banshee, the RCN’s first and only jet fighter. John was also assigned to US Naval Air Station Key West for All Weather Training on the Skyknight, a carrier based all-weather night fighter. Returning to Shearwater in 1957, John flew with his squadron until assigned to HMCS Venture, in Esquimalt, BC. While at Venture, John married Judith Anne Kennedy (nee Watson) in 1959. Promoted to Lt-Commander 1961 as Executive Officer on HMCS New Glasgow, John sailed to Australia crossing the equator and becoming an honourary “Shellback” as per naval tradition.

In 1961, John returned to operational flying with VU32 at Shearwater, Nova Scotia. John was again part of history flying Trackers on antisubmarine patrols during the Cuban Missile Crisis in October of 1962. In May 1963, John was appointed to Staff of Air Operations at Shearwater. There, John coached rugby and was always on the pitch ensuring his team was competitive. In 1966, John was appointed to the Royal Navy’s Staff College in Greenwich, UK and upon completion was appointed as Executive Officer on the destroyer HMCS Chaudiere.

Some of John’s happiest times in the Navy were with Canada’s last carrier, HMCS Bonaventure, while serving as “Little Air” CO Operations. Posted to Maritime Command HQ in Halifax, John was promoted to Commander in 1969 and then Commanding Officer of HMCS Margaree, a St Laurent class destroyer, in March 1970. Sailing the destroyer north to Hudson’s Bay and visiting Inuit ports of call were some of the greatest events of his life.

In 1973, John returned to serve at Maritime Command HQ Air & Sea, in Halifax. A few years later in 1975, John moved the family to Ottawa where he served at National Defence HQ before retiring from the regular force in 1977.

John felt the pull of his birthplace on the West Coast, and moved his family to Vancouver, BC. This began a 30-year journey and second career as an accountant (CGA/CPA), creating deep friendships in California and BC.

In the 1980’s, John couldn’t stay away from the Navy and continued to lead reservists and Sea Cadets on Porte-class gate vessels, teaching the same skills and values he learned from his many years at sea.

John never did things by half and made life a continuous adventure, and always a happy one. During his illustrious 25-year Navy career and his time in business, John touched many people’s lives in countless ways. He will always be remembered for his charm, sense of humour and his talent for storytelling. John’s stoicism and self-reliance in the face of any hardship together with his philosophy of service, and respect for the individual created great loyalty and relationships. He believed his men came first, a tenant he lived by his entire life. He represents the best values of his generation and he believed life should be lived to the fullest.

In his later years, John forged unbreakable bonds with his close and valued friends Tom, Julie, Angie, Stacey and Jamie, who afforded him great care and fellowship.

John was a complex and an eternally restless man who reached each day to achieve new goals and strive for new experiences. Publishing books, starting businesses or just meeting a friend for lunch, he will be missed by many.