4595 Jerry Holtzhauer passed away last year (see here for his obituary). A service of Remembrance and Thanksgiving for Jerry on Thursday, October 7 (11:00) at St. Matthew’s Anglican Church in the Glebe. Anyone who wishes to join the Holtzhauer family and friends would be welcome. Preregistration is not required but masks and social distancing would be needed. 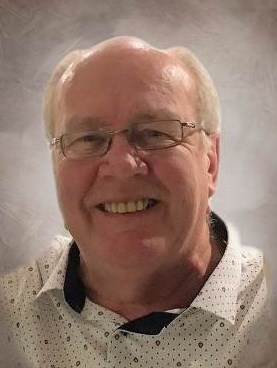 His loving family is sad to announce that retired Vice Admiral James Andrew Fulton passed away in Halifax on August 7, 2021 at the age of 94. His death marks the end of a life of distinguished service to Canada and great love for his family. All those who knew him will miss this man of great accomplishment, high ethical standards and intense loyalty. They will remember his keen intelligence, compassion, approachability and kindness. He was a natural leader with that rare ability to both see the big picture and attend capably to the practical realities of management. And of course, everyone will miss his omnipresent sense of humour. For example, this man who so ably represented his nation at NATO’S Military Committee could also take great pleasure in watching a Pink Panther movie with a grandchild.

Andy leaves behind his two daughters, Elizabeth Hamilton and Heather Fulton and their husbands Jim Hamilton and Dennis Doof as well as four grandchildren, Tanya Reid, Sarah Holland, Heather Talbot and Andrew Hamilton and eight grandchildren, Colton, Caleb, Maggie, Aurora, Clara, Audrey, Bennett and Hilary; his stepdaughter, Cathy Macritchie. He was predeceased by both his first wife, Margaret (Coombs) who sadly died in 1991 after four decades of happy marriage and many adventures around the world. Andy remarried in 1995 to Betty Hill (Morse); they enjoyed life together in Mahone Bay. Betty passed away in 2012.

Andy was born in Ottawa in 1927. His father’s career in agriculture took them across the Atlantic many times, exposing Andy at an early age to sea travel. He said in later life that his father was his most important role model and that he decided when quite young that he wanted to be a sailor and perhaps one day command a ship.

Becoming a cadet at Royal Canadian Naval College HMCS Royal Roads in 1944 began a career that would far exceed his youthful aspirations. The next few years were a mixture of service in the Royal Navy (HMS Nigeria) and the Canadian Navy (HMCS Haida, HMCS Huron during part of the Korean War, Flag Officer on the Atlantic Coast, and Squadron Gunnery Officer (HMCS Athabaskan and HMCS Crescent). Other highlights of his career included several postings to Naval Service Headquarters (NHSQ) in Ottawa as well as command of HMCS Outremont and HMCS Gatineau.

Promotion to Captain in 1966 brought on a stint at NATO in Paris, followed by several years as Commander of HMCS Provider. After studying at the National Defence College in Kingston, Ont., Andy rose steadily through the senior ranks: Commodore in 1973 (command of the Northern Region Command in Yellowknife and Director General Current Policy at National Defence Headquarters in Ottawa), Rear Admiral in 1976 (Chief of Personnel and Senior Appointments at NDHQ) and Viceadmiral in 1978, when he became Canadian Military Representative to NATO’S Military Committee in Brussels. In 1980, he returned to Canada as the Commander Maritime Command, the position from which he retired in 1983.

Andy and Maggie retired to Mahone Bay, which became a base of operations for many travels, including several trips to British Columbia to visit family. But Andy was not one to retire completely, serving on the committee for the Royal Commission for the Ocean Ranger Disaster, as Chairman of the Canadian Naval Memorial Trust, as Chairman of the Nova Scotia Military Tattoo, and as the first Honorary Colonel Commandant of the Military Police. He also joined the staff of the Halifax Herald as a Director of Special projects for several years. Along the way, he was awarded an Honourary Doctorate from the Royal Military College, received the Order of St. John and was made a Commander of the Order of Military Merit.

The family would like to thank all the caregivers who cared for Andy so he could spend his last years in comfort and safety. We want to especially recognize the unflagging service and compassion of Marina Dagley.

Due to COVID-19 a service will be held at a time when we can gather safely to mark the passing of this remarkable man with respect and love.