As the month of October has now come and gone, it is time to provide a short update on what is going on at the Club since the incredible reunion weekends of September which were held at all three of Canada’s past and present military colleges.

Firstly, in order to dispel any potential confusion regarding dates for the Kingston Reunion Weekend in 2016, I am very pleased to confirm that the reunion will be held the last weekend of September starting with the Legacy Dinner on Thursday, 22 September and concluding on Sunday, 25 September next year. If you are a member of a class ending in either 01 or 06, start making plans to attend your class reunion.

Secondly, the Club’s Board of Directors met for the first time since the AGM in September on 22 October. Their first order of business was to elect its Executive which has remained largely intact from the previous year. Returning as Club President is Tony Goode which means that there is no change to our immediate Past President, Jacques Gagné. This is the first time that a Club President has served two consecutive years since BGen G.D. de S. Wotherspoon, DSO, ED, CD, QC served as Club President from 1958 to 1960. Clearly this was one of the intended changes of the governance restructure with a view to promoting greater Board continuity. Bruce McAlpine was re-elected as Vice President and Charles Kaszap was elected Treasurer replacing the Club’s first dedicated Treasurer, Jill Carleton. Jill has graciously agreed to remain on the Board as a Director and she will assume the duties of Chair of Audit Committee which will again leverage her tremendous financial and accounting skills.

The entire slate of the Club, which lists all of the Board of Directors and the Club’s standing committees, is provided for your information. One critical vacancy is the Director who represents the cohort of classes that graduated in the 1990s. It is the intention of the Board to recruit and appoint a Director as soon as possible so if there are any interested Club members who meets this criteria, please contact either Jacques Gagné or me.

The Club is now preparing for the next General Advisory Council teleconference which will be held on 12 November. More information will be disseminated shortly. There are a few initiatives that are nearly ready to promote next month. 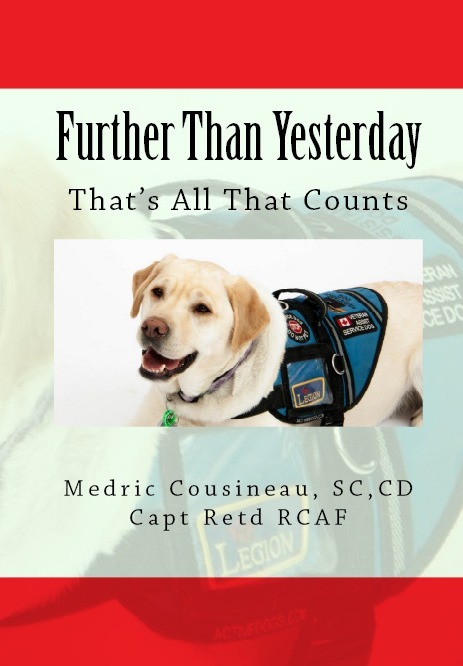 Lastly, I am very pleased to announce that the official book launch of 13855 “Cous” Cousineau’s first effort as an author “Further Than Yesterday” which will kick-off in Sackville, Nova Scotia on 3 November and which will be closely followed by a second event on RMCC campus on Thursday, 5 November at 1630 hours at the SSM. I have read his very frank and powerful personal account and I strongly recommend his book to a wide variety of audiences including everyone who has attended a military college. This book is now available in the Club gift shop.