This ceremony provided an opportunity for the College to recognize some of its deserving medal recipients and exceptional personnel.

Following is a summary of the commandant, BGen Al Meinzinger making a number of presentations: 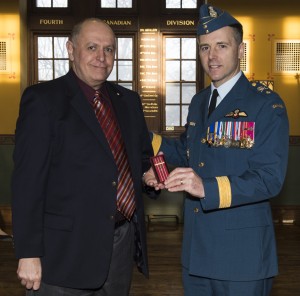 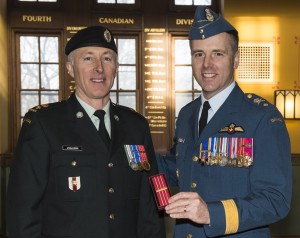 Major Retired Lepine – was a professor in the Political science and economics department. 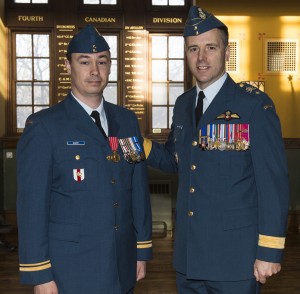 Sgt Vanderklooster – is the 5 squadron NCM

(R) Receiving their Canadian Forces Decoration for 12 years of service: 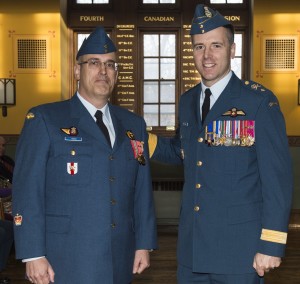 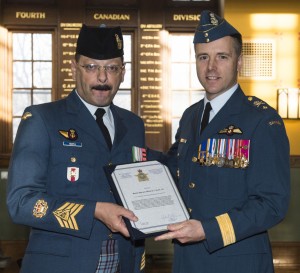 (L) WO John Toth – is the Standards Warrant Officer in the Chief Instructor Cell of the Training Wing. 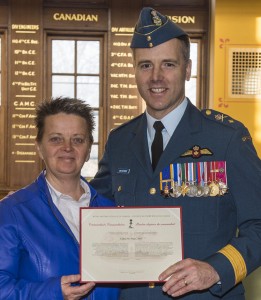 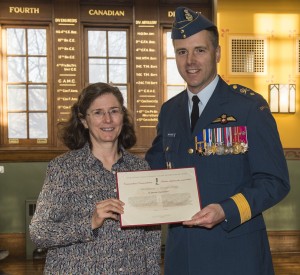 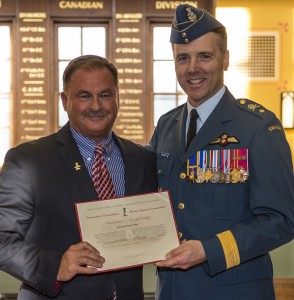 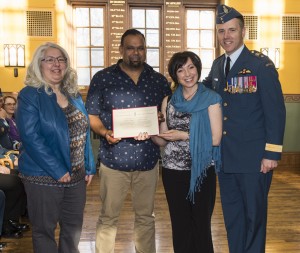 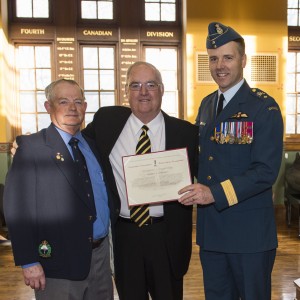 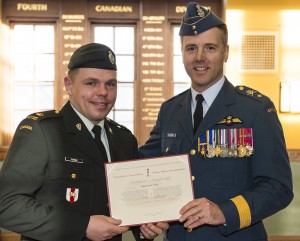 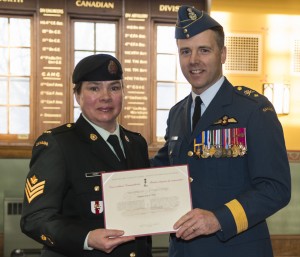 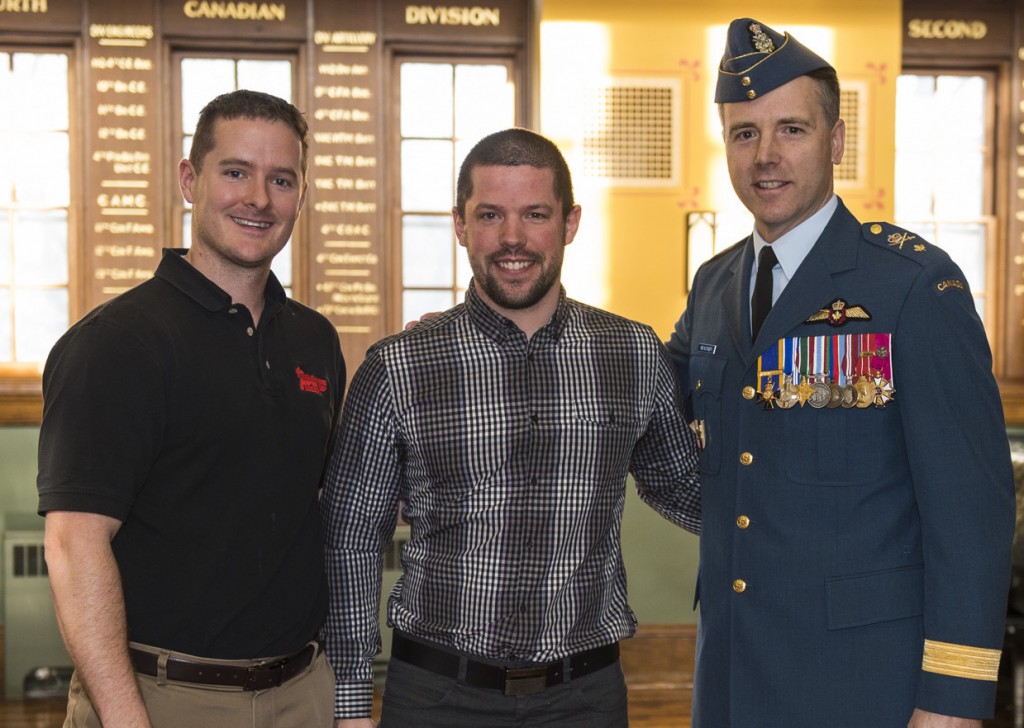 Mr Ryan Thompson (L) and Mr Craig Palmer took on considerable added responsibility during a transition period between managers in the Intramural and Recreation programs. With eleven different intramural sports, twenty-four recreation clubs and six competitive clubs, the demands in this area are significant and Craig and Ryan handled these without complaint at the busiest time of the year. Craig and Ryan’s efforts ensured these activities ran smoothly and provided exceptional service to the OCdts and RMCC.

(All photos by Mary White – Base photo)