• He grew up on a Prairie grain farm during the Great Depression; and attended a one-room country school in which one teacher taught all Grades from 1 through 13.

• In 1948, he was one of three selected from the Army’s Ranks to attend and was the only serving Soldier posted to the RCN College at Royal Roads, Victoria, BC.

• Following two years at Royal Roads he was posted to The Royal Military College [RMC] at Kingston, Ontario, where he completed his degree programme in History.

• He was commissioned on graduation from RMC and immediately posted to the First Regiment, Royal Canadian Horse Artillery serving in Korea, where he served at Brigade HQ as the Artillery Intelligence Officer, then at the Regiment as a Gun Position Officer and as a Troop Commander working with the Infantry’s First Battalion Royal 22nd Regiment [1R22eR] as a Forward Observation Officer [FOO].

• Following Korea he had a wide range of employments within Artillery, both in Canada and in Europe. He served as Senior Liaison Officer with the Canadian Brigade Group HQ in Germany and later as Operations Officer with HQ Northern Army Group, also in Germany.

• He had the distinction of being appointed the Commanding Officer of the Canadian Army’s only nuclear Combat Unit on its formation, and commanded it through its initial years in the German Operational Theatre.

• His education, both academic and professional, has been extensive. He holds degrees in History and Politics from both RMC and Queens University. He is a graduate of the year-long Long Gunnery Staff Course, the two-year Canadian Army Staff College, the six-month NATO Defence College in Rome, and the one-year Canadian Forces Staff College.

• He retired in 1977 to take up ranching and the running of a sheep genetics programme. Living in a remote area of Alberta without medical resources, he and his wife became Emergency Medical Technicians and operated an ambulance service.

• At the age of 75 he qualified in a two-year medical programme at Charlottetown’s Holland College, as an acute care paramedic and continued to practice until a further retirement at 77. He has now taken up golf and he and Daphne play 18 holes every morning at 0630 hours!

• The themes of his books are founded on personal experiences. They range through love, mystery, history, medicine and biography. He wrote `Korea Memories: A Canadian Gunner`s Experience in the “Forgotten War` Keshet Productions, 2006.

Do you know who he is? 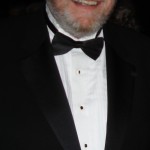 Participated in manoeuvres in places like former concentration camps Bergen-Belsen and Sennelager;

Was dug in just inside the border to East Germany during the Cuban Missile Crisis;

As the Regiment’s reporter to 4 CIBG’s – the Beaver , he got press passes giving his access to paddocks and pits at Formula one races;

Following his military career started graduate studies at UofT; a year later he continued his studies at Queen’s University;

He is a former General Manager at McClelland & Stewart, the Canadian Publishers;

Later he moved on to become Director of Publishing for the four national museums in Ottawa;

When the museum corporation was split up, he became publisher for the federal government, and was surprised to find himself listed in the Canadian Who’s Who;

Eventually set up his own communications business, which soon counted such major clients as the Privy Council Office, Finance Canada and the Canadian Centre for Management development;

Editor “Biographies Publication” for his class entering The Old Brigade.

Son of a former RCMP officer, arrived at RMC from Milton, ON;

Played varsity hockey in the Jacques Tremblay era at RMC;

Experienced a Naval exchange with the US Navy as a cadet;

Known for his patience, he always had a kind word and understanding attitude within the Cadet Wing;

Carried out the duties of CSSO / CFL as an officer cadet;

Worked for over a year as a Special Assistant to the Premier’s office in Nova Scotia;

Spent over 10 years working at the provincial level of governments – Nova Scotia & Ontario; 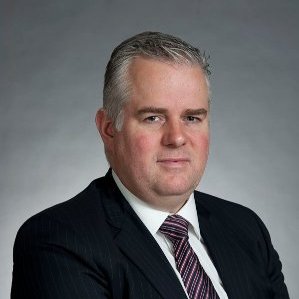