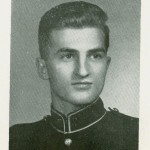 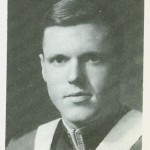 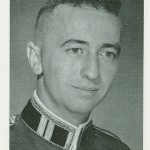 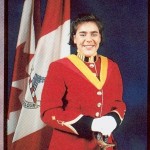 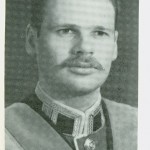 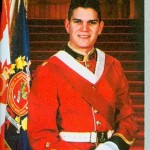 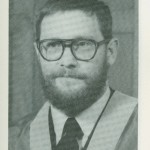 Match the graduation photo with the following statements. See the full write-ups below.

“[He] is a very serious-minded cadet and a philosopher in his own way. He is straightforward and honest, with tremendous tenacity. He will brave the stormy seas to visit his sick aunt on Wolfe Island…”

“During his stay out west, he did such fun things as captain of the cross country team in second year, helping with the almost defunct college newspaper, and sampling the western social life…”

“After an impressive career at Royal Roads (where he was a member of the rep Killing Team), and a memorable summer at Borden, [he] arrived at RMC where being a member of both the football team and six squadron, fell in with what can only be described as ‘disreputable company’”

“Academically [he] was a hard worker, working his way to the top of his class in third year”

“Neither rain nor sleet nor risk could keep [her] from the slopes. Even a knee brace could only keep her down temporarily”

“It is unquestionable that his ‘role model’, Greg Johnson, had a hand in moulding [him] into the Junior Leader he’s become, but thank God he drew the line at leaving his fly-boy career for a job in the Navy. “

“… Has inspired us all since BOTC with her cheerleading skills and cheery spirit! She became the loyal friend to hit the bars with, as she was always there to dance the night away.”

“’Noir Brun’ as he was known, spent many a nights during recruit term sleeping under his bed, wearing his black cape/jacket. A word of advice: you’re not Neo, you don’t know kung fu…”

“Three reckless summers with R.C.E.M.E. and a fourth making sewer pipe in Oakville gave Phil some measure of practical engineering training and sold him on studying for a degree at U of T next year and continuing in civilian life on graduation”

“Contrary to her demure appearance, this young Willow Bunch native arrived at RMC to prove these is nothing a male cadet can do that a female cadet cannot do just as well…”

“ ‘Omega’ left Watertown, Ontario in September of 1967 and landed on the first bounce in Fort LaSalle, where he became a stalwart intra-mural football player…”

“He was here, but he made it, and now has gone back to the fleet” 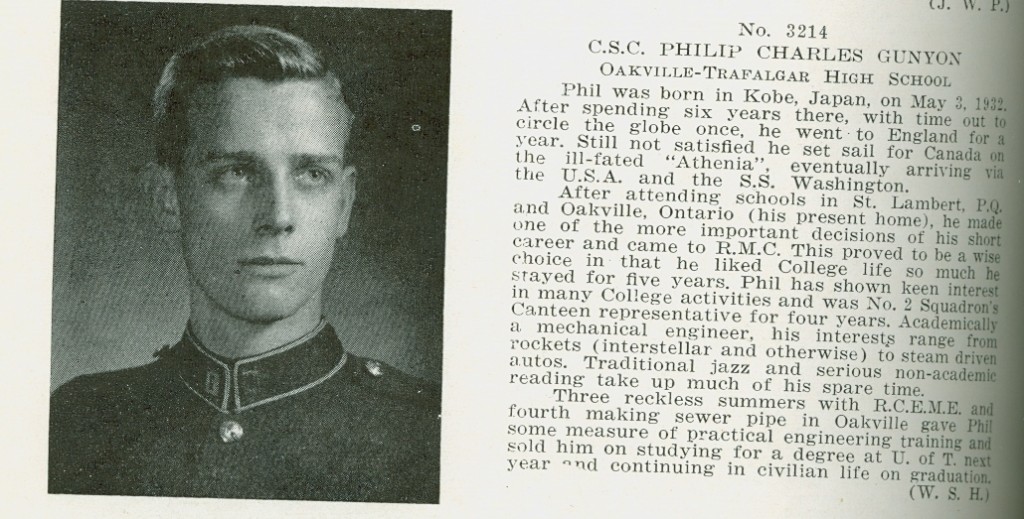