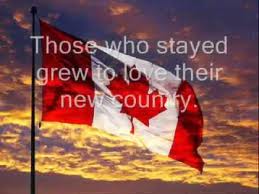 Dodging to Canada: Gender Politics, Draft Dodgers, and Citizenship in the Vietnam Era

The lecture given by Dr. Lara Campbell, a professor in Women’s Studies at Simon Fraser University, on Thursday, 3 March, was a very interesting and thought provoking presentation which gave a brief overview of the surprisingly complex topic of draft dodging during the 1960s and 1970s. There was a good turn out of students, professors, and other members of the community. After the lecture everyone was sure that their time had been well spent listening to Dr. Campbell. The running theme of the presentation was how Canada has been a safe haven for many Americans through the years including United Empire Loyalists, African American slaves, draft dodgers and political activists.

The lecture started with a story about a particular draft dodger who immigrated to Canada and hoped to marry a fellow anti-war activist. He was upset when no woman in Canada would marry him in order to speed up his immigration process. He criticized Canadian women for not doing their duty to support the men who valiantly protested the war. It was men like this coming from the U.S. who sometimes gave draft dodgers a bad name in the eyes of anti-war activists in Canada. At the time there appeared to be two types of men in America; conservative men who felt that women belonged in the home to take care of their children and support their husband and activist men or hippies who wanted women to support them in their activism. Dr. Campbell explained that although the latter seemed more forward thinking, often the men still had a natural tendency to take advantage of the sexual liberation movement going on at the same time and use this to try to get women reward them for being a protester. There was even an ad created that said “Girls say yes to boys who say no.”

Dr. Campbell explained that women were important because since they could not be drafted they would try to find their role in all of this. Some women became anti-war activists and moved to Canada to protest in places like Vancouver. They found however, that American men were immigrating to the same places and taking over many of the protesting groups and were dominating them with their Americanized ideas. Some women who stayed in the U.S. found that they could only get jobs of minor importance like being a secretary which Dr. Campbell mentioned had been called “shit jobs” at the time, especially in the ‘60s. Women were fed up that when they did speak out they were ignored and the only way they could get their ideas across was if they went through a husband or boyfriend who voiced the opinions for them. When they did go to Canada to be engaged in anti-war protests many men assumed that these women were going there simply to find husbands because so many men had gone to Vietnam to fight in the war. Women protested the war for various reasons, one of which was the fact that many women and children were being killed or affected by things like napalm being used in Vietnam. Some women also joined the military and served overseas. Although there were not many, even some of these women deserted during the war. Dr. Campbell pointed out that men were not the only ones who could be draft dodgers or deserters. It was brought to our attention that some people used the word deserter and the term draft dodger to describe men immigrating to Canada to avoid the draft however these two terms are not the same thing. Many of the deserters were people of poor backgrounds or African Americans who did not have many options in life. Many of the draft dodgers were working class but many were middle class who were seen as cowards by most patriotic Americans. Most Americans, especially war veterans, families of war veterans, and the general public according to Dr. Campbell, were very patriotic. They did not care if someone was deserter of a draft dodger, to most they were cowards, yellow, lacking in moral integrity, living off their fallen brothers, and not real men. Several angry people even wrote in to the government that these men should be caught and separated from their manhood. Most Americans supported the war effort because of post WWII patriotism and were suspicious of draft dodgers and hippies who had long messy hair, dirty clothes, and no job. They felt that outward appearance defined inward personality and that having long hair made these men very feminine. Border guards letting people into Canada even told draft dodgers that if they wanted to get in they had better get a hair cut, be clean shaven, and be wearing a suit jacket.

To Canadians, the draft dodgers seemed lazy, unskilled, slackards, useless to Canada and would be eager to go back to the U.S. as soon as the war was over and the draft with it. Most Canadians felt that if there was a draft in Canada these people would be quick to go somewhere else and that they would have no loyalty to the country they were trying to immigrate to. Some even felt that these draft dodgers should be rounded up and segregated because they were not going to integrate into Canadian society. Others felt that maybe these immigrants would integrate and have something to offer. There were debates in all areas surrounding the draft dodger.

Back in the U.S. draft dodgers were criticized for moving away because certain groups felt it would be best if these men would face the prison time like a true activist. These same people hoped that an overflow of “criminals” would cripple the court system, overpopulate the prisons and cause a real revolution to happen. Others felt that the draft dodgers were brave and that it took courage to leave the country for political reasons. This was more the sentiment towards men who left to protest not only the war, but racist imperialism and claimed that Canada was a more rational and sane country. These people criticized America as a mass murderer and rotting from the inside.

In conclusion Dr. Campbell clarified that draft-dodging during the Vietnam War was not just a historical movement, but is an ongoing subject in North America. Even recently in Nelson B.C. when a peace monument celebrating the draft dodgers was to be erected, there was much protest and support of the monument proving that there is ongoing debates to do with this sort of subject even in ongoing wars, though there is no official draft.

Dr. Campbell stated that somewhere between 40,000 and 100,000 Americans immigrated to Canada during the draft. The number of 100,000 would include females and political protesters who were not necessarily going to be drafted. Even so, this was a significant number of people and it raises a lot of questions to do with what kind of impact it had on Canadian society.

The presentation was very well received and is a topic that I have not heard much about previously at RMC. I would like to thank Dr. Campbell for giving this lecture and wish her good luck with her future endeavours.