e-veritas: What extracurricular activities were you involved with at Military College e.g. varsity teams, band, clubs? Did you hold leadership position(s)?

Jim Tremain: I wore #34 on the Football team in 1950 and enjoyed playing at offensive right guard. A back injury during the 1951 basic training at Camp Borden led to being a member of the swimming team. (I never competed, but traveled with the team.) I was Photography Editor of The RMC Review in 1952, and took responsibility for producing the magazine in 1953, with the help of Prof. Peter Fisher in the English Department. I enjoyed being a member of the debating team in my last two years.

#3 Squadron Training Officer  was my appointment on returning for 4th year. I had a corner room in Ft. Haldimand that looked onto the playing field. What a privilege!

Jim Tremain: My Dad, #1766 – Ken Tremain (RMC 1923), was President of the Parent Club in 1955. As we Tremains were well known, in 1957, only three years after leaving The Square, I became the Secretary/Treasurer of the Ottawa Branch. About 1960, when living in Edmonton, the RETP scholarship program was being initiated and I was the “Western Rep” on the Scholarship Committee on behalf of that Branch. On being transferred back to Ottawa by my company, I became President of the Ottawa Branch in the late 1960s. This led to my first three year tour on the Executive Committee of the Parent Club.

A company merger sent me to Europe for a séjour. On my return, I was asked again to join the Executive Committee, which led to the ladder of Vice President, President and then Past-President – who was also chair of the Club’s Foundation. I later (1986-1990) was on the Minister’s (Minister of National Defence) Advisory Board, which was established in response to 1989 Canadian Human Rights Tribunal ruling that directed external monitoring of gender integration in the Canadian Forces– since disbanded. This all added up to about 25 years of participating in the activities of the Ex-Cadet Club; with great pride.

Jim Tremain: Shortly after my election 2354 Col. “Buster” Stethem (RMC 1933), our Club Secretary, fell fatally ill to cancer and confined to the Kingston General. In those days the Club was run by only two people: “Buster,” with his booming voice, and his jack-of-all-trades super secretary. She and I kept the Club functioning through my monthly visits to Kingston. It was also an opportunity to touch base with “Buster” and visit his charming wife at their home just off Highway 15.

2897 MGen (Ret’d) Herb Pitts (RRMC 1952) had just retired from the Army and as my 1st Vice-president. He handled the selection committee process to find a replacement, which led to a very enthusiastic H2840 Col. (Ret’d) Don Strong (RMC 1952), a classmate of Herb’s, taking the job. Both Herb Pitts and Don Strong were members of “The New One Hundred” – 1948-52 Class. 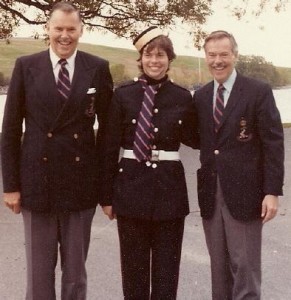 Jim Tremain: When my mother died in 1981, a member of the family identified 15 ex-cadets with whom she was related including her brother, her husband, her two brothers-in-law, two sons, and numerous cousins and a nephew.

Five years later, her grand daughter, our daughter 15583 Daryl Tremain (RMC 1986) first woman Cadet Wing Commander (CWC), graduated. On that final parade, she was awarded the Victor van der Smissen-Ridout Memorial Award, awarded to a graduating ROTP/RETP cadet deemed to stand highest morally, intellectually, and physically at the Royal Military College of Canada as was also her grandfather #1766 – Ken Tremain. She is a 4th generation Tremain at RMC. We are truly an RMC family!

Back to the Club: Firstly, I was also pleased with the smooth transition of succession from “Buster” Stetham to Don Strong. More significant was an important meeting of RMC Ex-cadet Club Executive Committee meeting inSt. Jean. We joined informally with Le Club des Anciens This was the second initiative to bring the our two groups together. It was only a beginning, but it paid off in time.

e-veritas: Please list all of the RMCC ex-cadets to whom your mother Nora Patricia Bermingham was related to and/or had family connections to? I came across several while researching stained glass memorial windows at RMCC.

Jim Tremain: 22 years have passed since my last activity! Correction! In 2000, I was a member of the first ever “chasse-galerie” which raises money for the H25917 Major (Ret’d) Danny McLeod (RMC 1970) Athletic Endowment Fund by paddling a voyageur canoe from Ottawa to Kingston!! What a joy that was, including the only lady on board – my sister-in-law W3935 “Lady Di” Tremain – wife of 3935 Ted Tremain (RMC 1957) (who passed away 12/24/2005). Di makes no secret of the fact that we “slept together” in the hotel in Merrickville because they had no private room for her!

I’m a long way from the scene. From a distance, I feel we, in the Foundation, have put too much emphasis on having alumnae in jobs and we have not given enough priority to employing well qualified fund-raisers.

e-veritas: Would you advise alumni to get involved with the College extracurriculars/RMC Club?

Jim Tremain: My many years of meetings brought me into contact with so many varieties of professions. There were financial experts, entrepreneurs who owned their business, auditors, and so on. This diversity of perspectives was not only useful at our meetings but also led to very stimulating discussions at meal time and around the bar. These were rewarding and satisfying friendships among these knowledgeable people.

Jim Tremain: After retirement, I was a volunteer in many community groups for about 15 years,. The most notable of these was L’Arche Canada, the movement initiated by Jean Vanier which cares for intellectually handicaped adults. (www.larche.ca) Each of these homes is a center of love, foregiveness and living reality one day at a time. It brought a very real tranformation within me. After six years as President of L’Arche Canada, I took on the task of working in a Montreal L’Arche home, once a week. It was a discovery for me.

*** – All three were President of the Ex-cadet Club 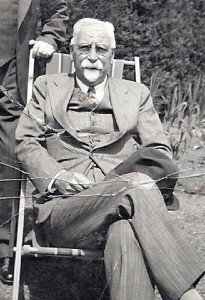 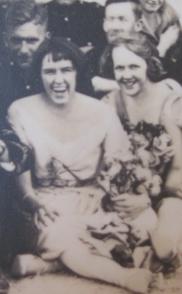 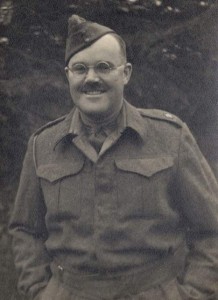