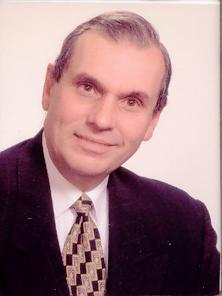 e-veritas: What was your intent when you wrote ‘Managing Difficult Projects’ (Butterworth-Heinemann: May 30 2008)?

5739 André Costin: My intent was to help corporate executives and project management practitioners apply processes, methodologies, systems, structures and tools to rally the information and the resources required for better decisions, faster delivery and improved results. The book pulls together the principles and practice of project management. It presents diagnostic approaches, tools and structures. It focuses on the diagnosis and resolution of “difficult” problems whether in large or small complex projects.

e-veritas: What extracurricular activities were you involved with at Military College?

5739 André Costin: I was mainly involved with athletic extracurricular activities at Military College. I competed in intervarsity skiing and long distance running.

e-veritas: How and why did you get involved with RMC Club business?

5739 André Costin: In the 1980s, I was invited to join the Montreal branch of the RMC club by 4100 Mr Jacques Choquette (CMR 1959), who is ex president of the Montreal Chapter and of the RMC Club. This led to my taking on active roles for the RMC Club. I willingly served the RMC club in part to honour my family members, who have served in the military. My grandfather served in WWI; my father, uncles & aunt served in WWII & Korea. Also, my second cousin 14726 Thomas Falardeau (RMC 1985) is an ex-cadet and my cousin Pierre Bergeron served on the RMC directing staff in the 1990s. So you might say that I inherited a strong military tradition.

e-veritas: How did you end up as RMC Club president?

e-veritas: During your tenure as RMC Club President, there were funding cuts and Military College closure(s).

The College Militaire Royal Saint-Jean was also closed in 1995. CMR de Saint-Jean reopened in 2007 to return to its founding formula in 1952 of a three-year academic program with graduates transferring to the RMC of Kingston for the two final years in the System.

e-veritas: During this period, donations to the RMC Foundation raised from several hundreds of thousands to millions.

5739 André Costin: The important effect was the recognition by ex-cadets from all of the military colleges that they could not take the continued existence of military colleges for granted. The colleges needed to be defended and promoted by ex-cadets. We advocated to ex-cadets that they consider making sizeable donations to the RMC Club foundation, which would make the Foundation a significant player in the life of the Military Colleges through its endowments, and this strong presence of the ex-cadets and the Foundation would improve the chances of preserving the military colleges system in future funding decisions of the Federal Government.

e-veritas: During this period there was a movement to fold the RMC Club into the RMC Foundation. Would you care to comment on this?

5739 André Costin: The alumni associations of civilian universities and colleges tend to be directly associated with the alumni foundations/registered charities. I initially supported the movement to fold the RMC Club into the RMC Foundation, but we ultimately decided to keep the RMC Club and RMC Foundation separate for the following reason. In layman terms (I am an engineer remember), Revenue Canada requires that registered charitable organizations be intrinsically charitable in nature. The philanthropic goals identified in the mission of the RMC Club Foundation, i.e. to “deliver the funds necessary to Enhance Excellence in the attraction, education and training of the students of the Royal Military Colleges” is incompatible with the social component identified in the mission of the RMC Club, i.e. “the bringing together of its members for mutual benefit and support; the encouragement and maintenance of that camaraderie which has always existed at the colleges, and the advancement of the welfare of its members”.

e-veritas: Do you favour unrestricted or restricted donations to the RMC Club and RMC Foundation?

5739 André Costin: It depends on the donor(s) and the donation. The Colleges benefit from a mixture of designated and undesignated donations.

5739 André Costin: Although I have been devoted to my business in recent years, I read Veritas and e-veritas. In my day, there was a more snobbish or stand-offish vision of the Military Colleges as inevitably generating senior NORAD or NATO commanders.

I prefer the current increased awareness of our alumni through Veritas and e-veritas of how our graduates the Military Colleges are generating leaders who are responsive to the Canadian Forces military missions and programs.

I have noticed a positive rapprochement between the College(s) and the Canadian Armed Forces’ combat mission(s). Stories in the alumni journal or presentations about alumni serving on combat missions provide a sense of the importance of the vitality of the Military Colleges as an essential part of the Canadian Forces. When alumni have served or are on leave from a special duty area (Afghanistan comes to mind), Club members would like to hear about these experiences.

I also have the sense that ex-cadets and alumni support the Military College financially and with their time. This results in the greater recognition of teaching and College excellence, which I see. It is clear that the Colleges benefit from expanded funding for extracurricular activities, sports of all kinds and coaching excellence.

I have also noticed an increased emphasis at the Colleges on military and business ethics. When something just isn’t right, we, as soldiers and civilians, have both an ethical and legal obligation to act.

e-veritas: Would you advise cadets/Ex cadets and former students to get involved with the RMC Club and RMC Foundation? Any advice?

While I served as an RMC Club president, I had the opportunity to travel to a number of different branches. I noticed that the branches have distinctive features, sort of like a montage of photos representing different events and themes. From another perspective, the branches attract serving members, business professionals and retired folks, who share a common past and they are good places to network and to get involved. And I would hope that for most ex-cadets, as is my case, their fellow ex-cadets count among their best friends. The military colleges’ life that we lived is a strong base for sharing viewpoints, for reminiscing over difficult and sometimes comical experiences, and for forging our destinies into an uncertain future.