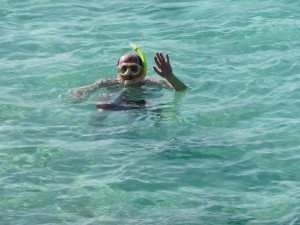 RETIRING FROM THE MILITARY IN KINGSTON OFFERS MANY IDEAL OPTIONS

I retired from the Canadian Forces in September 2003 after 36 years in an Army uniform and regardless of the colour of your parachute, Kingston is arguably the ideal location in which to retire from the military. I began my military career at RMC, so it was fittingly a full circle when I found myself in Kingston for my final tour of duty. As well, with its military and public service industrial base, educational institutions, cultural offerings, recreational facilities, service clubs and similar organizations, health services, restaurants and historic beauty, Kingston almost seduces you into considering it for retirement. It’s also just the right size, and ideally located, for those seeking a small urban community.

As well, numerous friends and acquaintances had retired in the area so we were leaving one community to join another and that made the transition easier. Advice was therefore readily at hand from those who had gone before. It also helped that our son-in-law was in the Communications Branch of the Army and would probably return to Kingston on a future posting. In 2005, he and our daughter did, and we have watched grandchildren grow for several years.

Kingston also offers the opportunity of continuing to “serve,” albeit as a civilian and part-time, in support of military activities. This can be accomplished in several ways and can be exceptionally rewarding as it maintains both contact with the CF and permits a retiree to contribute his or her experience in preparing individuals and groups for the challenges and demands of overseas service.

With all that it offers, Kingston is certainly an attractive location in which to begin the rest of your life. For example, here’s what I do: golf, read, walk in Lemoine Point, volunteer at the RBC Canadian Open Golf Championship, serve as the national Secretary-Treasurer of the Royal Canadian Dragoons Association and as second-term president of the Civil War Round Table of Greater Kingston and, as a member of Edith Rankin Memorial United Church and several of its committees.

No longer meet the requirements of an elected official for the City of Cold Lake because of posting to Goose Bay.

The Chief of the Defence Staff has approved CF awards to the following deserving individuals:

B. CF Medallion for Distinguished Service

* 6811 MGen (Ret`d) Keith G McDonald (CMR RMC 1966) for his contribution to the defence and security of Canada through his role as consultant to the Standing Committee on National Security and Defence since 2001.

* 435 T and R Sqn Winnipeg – for outstanding professionalism and dedication in defending Canada`s national borders in operation Northern denial and executing Canada`s mission in Afghanistan, 2005 to 2008.