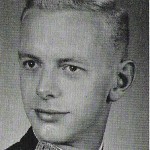 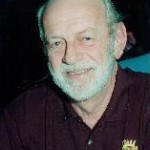 “After grad in 1962, I tried flying, and scared my instructor, so I went back to sea, becoming a Supply Officer in 1966. I spent three years at RMC as a Sqn Cdr and Personal Assistant to the Commandant, then back to sea, then NDHQ in the DEVIL Program. We were posted to Kingston in 1975, loved the best city in Canada, and have never left. I spent three years as Base Comptroller, and 12 years at RMC as Deputy Director of Administration, Protocol and Public Information Officer and Commandant’s EA. I then joined the primary reserve at HMCS Cataraqui until 1996 when, from lack of anything else to do, I went back to RMC for an MA in War Studies, graduating in 1999 as, at the time, the oldest person to receive a working degree at RMC. I have “retired” a total of five times, the latest in 2006 when Helen (KGH Class of ’63) and I both finally retired. At the time, I had spent five years working at the RMC Club, primarily as Editor of the newsletter magazine Veritas. Since 1993, I have held the appointed position of Harbour Master for the Port of Kingston. In 2000, Helen and I are celebrating 46 years of marriage; we have one son who is a paramedic in Kitchener, and one son (19416 Jeremy Stowe RMC 1994), a civil servant in Ottawa. They each have two children. Helen and I spend our time volunteering, enjoying our grandchildren, and cruising to all the exotic places I missed in the Navy.”

– Gerald can be contacted at gstowe@cogeco.ca 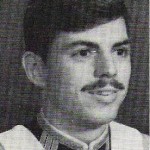 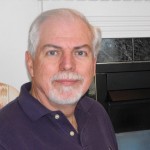 Since graduation from RMC, Malcolm (Mal) Palmer served in the Navy on both coasts and in NDHQ, Ottawa. He commanded two ships and several shore establishments before attending the NATO Defense College in Rome. From there he became the Naval Staff officer and Assistant Defence Counsellor at the Canadian Joint Delegation to NATO HQ in Brussels for three years and then a staff officer at NATO’s Atlantic Command in Norfolk, Virginia. Since retirement in 2003, he has worked for Elections Canada at every electoral event and volunteers in the local area of Halifax. From 2005, he has been a contract instructor for RMC’s Division of Continuing Studies. He is waiting to be accepted as a volunteer at the Vancouver Olympics along with his wife, Roberta.

– Mal can be contacted at mal.roberta@ns.sympatico.ca 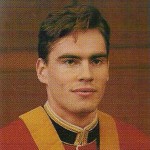 After completing his AERE Officer training, Gary was posted to NDHQ in the Directorate of Maritime Aircraft Engineering and Maintenance. In 1994, Gary chose to leave the military to return to his roots in Muskoka. It was at this time that he began planning the opening of a microbrewery with long time friend Kirk Evans. Lakes of Muskoka Cottage Brewery officially opened on June 15, 1996. The opening was made possible by the efforts of countless family and friends, many of whom were military or ex-military; to this day, many of these people will not return Gary’s phone calls.

Tragedy struck the brewery late in the summer of 1996, when Kirk was involved in a serious automobile accident, leaving him in a coma for several months. After many months of fighting to recover from the trauma and injuries caused by the accident, Kirk passed away in January of 1997 – he is gone but not forgotten. Muskoka brewery experienced a challenging first year as Gary and the rest of the staff tried to cope with the many ups and downs of a start-up operation, notwithstanding the loss of one of its key members and a great friend. The brewery survived that first year, however, and has continued to move forward ever since. In the fall of 1996, Muskoka Cream Ale won “Best Canadian Ale” at the Great Canadian Brewing Festival.

The following year, this beer earned “The People’s Choice – Best beer of the show.” The Brewery has since won several other awards for its products. Growth in an extremely competitive beer market has been very challenging, but also very exciting. Over the years other Ex-Cadets have also “put their backs” into the effort and this was much appreciated! In many ways, Lakes of Muskoka Cottage Brewery is an underdog, just like those days on the RMC Redmen hockey club. Gary would not have it any other way! There is a closeness and camaraderie at the brewery, which is rivaled only by that which you can find at RMC! If you have a chance, please stop in and visit Gary at the Brewery!

Ex cadets and other readers of e-Veritas are requested to consider a product or two from Muskoka Cottage Brewery Inc when the opportunity arises!    Contact Gary for more details  gary@muskokabrewery.com

Our aim in running this type of article is to assist Ex cadets who are running business operations and can use the exposure. If you are an ex cadet and a member of the RMC Club – contact us and we will see what kind of exposure we can provide your enterprise.