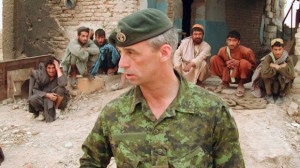 Retired colonel Pat Stogran was the first to lead a Canadian battalion in Afghanistan in 2002. He was Canada’s first veterans ombudsman in 2007. But when the Harper government decided not to renew his three-year term in 2010, he joined a string of ousted critics.

Mr. Stogran criticized the government, saying it was penny pinching instead of properly taking care of soldiers returning from war. As ombudsman and through his twitter account, he has pushed veteran’s issues into modern Canadian debate and asked the nation to think seriously about its role in Afghanistan and the effect it has on soldiers and their families.

“Our Afghanistan warriors must be confident we will take care of them and their families if they are injured or WIA/KIA! It’s our war too!” he tweeted in August.

In a nomination, Tony Wohlfarth of Ottawa said: “As a result of his courage, veteran’s issues went to the top of the government’s agenda. Petitions were circulated, a parliamentary committee hastily convened and the federal government was forced to review its policies towards vets. The veteran’s charter was exposed, and Pat became a household name!”

Globe reader ‘elbro’ adds: “Pat [Stogran], has honestly, gone against the harper government for the veterans cause. Harper crucified him as well as he did colvin.”

Who is your choice for Nation Builder, 2010?

A soldier in a segregated society, 21554 Maj. Eleanor Taylor (RMC 1999) says she was greeted with curiosity and respect 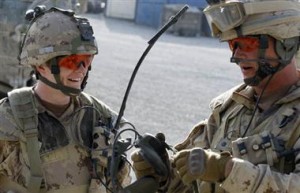 Maj. Eleanor Taylor (Photo left) caused quite a stir when she deployed to a remote outpost deep in the Taliban heartland of western Kandahar last spring.

When the 34-year-old soldier from Antigonish, N.S., took off her blast goggles and helmet, Afghan elders in Panjwaii were taken aback, meeting the first woman to command a Canadian infantry company in combat.

“I would be disingenuous if I did not acknowledge that they were often very surprised,” Taylor said during an exclusive interview with Postmedia News at the end of her seven-month tour. “There was shock on their faces and they would exchange a couple of words among themselves. I know the word for women in Pushto and I heard that word.”

But these rural Pushtoons from what may be the most conservative Islamic society in the world were always respectful as well as curious, as were the soldiers from two Afghan army companies her unit was partnered with, so it turned out “not to be a handicap at all.”

“I honestly think that notion that Afghan men won’t deal with western women is a myth. Or that has been my experience, anyway,” the commander of Charles Company said.

“Certainly if an Afghan woman were to come and ask them the things that I asked of them, they would receive an entirely different response. But as a western woman, they see me as foreign and if they hold prejudice toward women, and I certainly suspect some may, they don’t show it. In fact, I have found they have been more open with me — certainly much more than I expected — than with some of my male counterparts.”

Locals provided Taylor with a logical, if slightly bizarre explanation for their solicitous behaviour.

“I was told by them that they believe that I am easy to work with because I am a woman and they know that women are compassionate and here for peace, whereas they think that the men are here to fight,” she said before adding, “of course, I am also here to fight, but when I speak with the locals, they don’t need to know that.”

One of Taylor’s regrets is that she had few chances to speak with Afghan women because whenever her soldiers entered a village, the women disappeared into their family compounds. Once, spotting several women inside the door of a mud-walled home, she told them who she was and that she would like to meet them.

“I went in alone and chatted with them and it was great. It was very enjoyable. They were very surprised and very keen to talk and very interested in the fact that I was a woman soldier.”

This being Afghanistan, Taylor’s male interpreter translated from the other side of the curtain.

“It’s crazy. It’s hard to understand,” she said of such rigidly enforced segregation.

Thinking very much like the career soldier she has been since she attended Royal Military College in Kingston, Ont., as a teenager, Taylor added, “There is a great deal of intelligence that can be gained from half the population. That is the bottom line.”

Lt.-Col. Michel-Henri St-Louis, the Canadian battle group commander, said a large force of U.S. paratroopers from the 101st Airborne Division have been on duty between Zangabad and Mushan since late October.

NATO offensive may have caught Taliban off guard

Leroux said everything went quiet over the last few weeks and not all of it can be attributed to the onset of winter. He said he believes the insurgents have retreated to regroup.

They have faced only sporadic roadside bomb attacks since deploying earlier in the week.

“I have received hundreds of e-mails from junior officers and non-commissioned officers, virtually all the messages I received were in support of R.C.N.,” he told QMI Agency Thursday.

“It was crucial that the historical record be corrected, both here in Canada and in Normandy,” said HCol Shearing. “That photo recorded the precise moment when the Glens landed in Normandy to begin their part in the liberation of Europe.”

Women In The Canadian Forces (CF)

Last of a dying breed: The Canadian peacekeeper 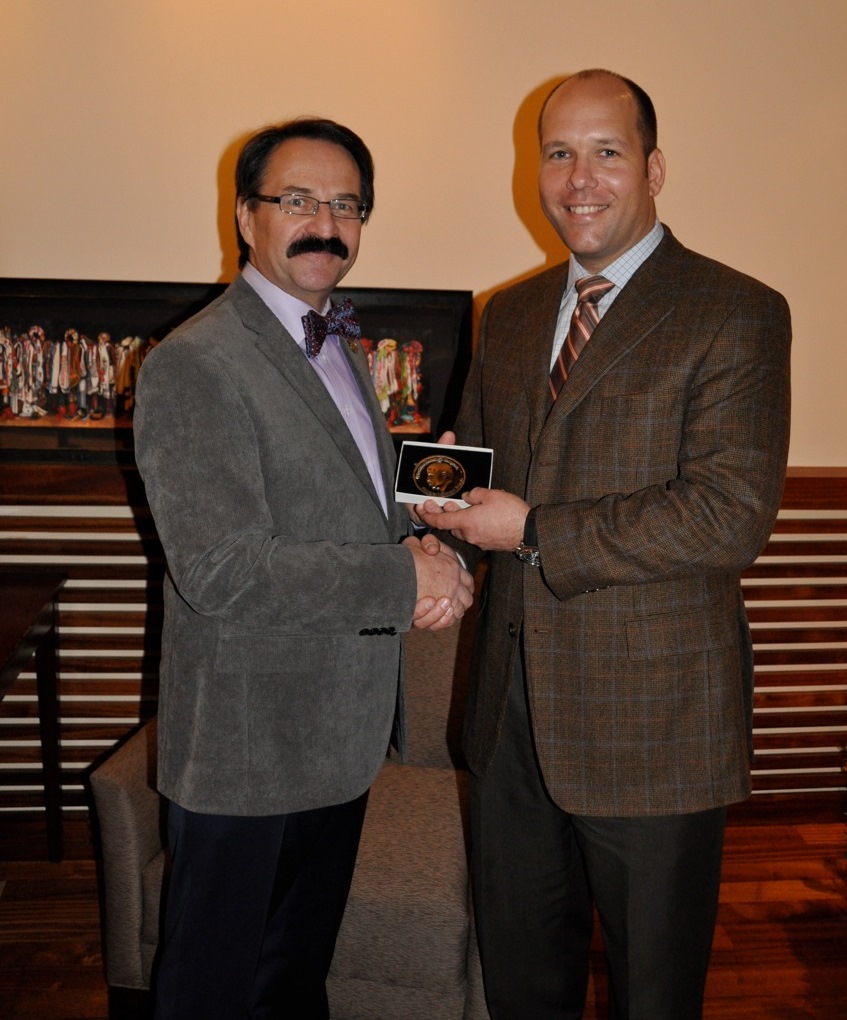 Reflecting on what the award represents Professor Paul Robert Magocsi, of the Chair of Ukrainian Studies at the University of Toronto, wrote: “I cannot think of anyone more worthy than you, who have tolled so tirelessly for decades to raise the profile and good name of Canadians of Ukrainian heritage. Your effective work has culminated in Bill C 331 [Ukrainian Canadian Redress Bill], whose realization was in large part the result of your incredibly successful public conscious-raising campaign.” Adding good wishes was Andrew Hladyshevsky, QC: “I want to extend my heartfelt congratulations to Lubomyr on this happy occasion, being shared with family and friends in Kingston. In my capacity as president of the Shevchenko Foundation and as former chair of the Internment Negotiation Committee I have had the privilege of seeing Lubomyr in action at the front lines of public advocacy and discourse. Even though Lubomyr revels in being the “sharp, pointy end” of the Ukrainian Canadian community, his contributions run much deeper. He has championed causes from which others have conveniently fled. His passion for truth and exposing subterfuge have given the dispossessed, the unwanted and the murdered an opportunity to be heard when their voices were deliberately suppressed or silenced.

There are new issues and controversies so we will need to selfishly impose upon Dr Luciuk again and hope to continue to channel his tireless efforts and intellect in these never-ending challenges. For today however let’s celebrate this important milestone and heartily congratulate Lubomyr on a job truly well done.”

After accepting the medal and thanking all those who over several decades were his mentors, friends and supporters, Dr Luciuk concluded his remarks by citing the words of Taras Shevchenko, Ukraine’s national bard, “Struggle, and you shall overcome,” then added, typically, that he knows there are many challenges yet to be faced, which he looks forward to addressing.