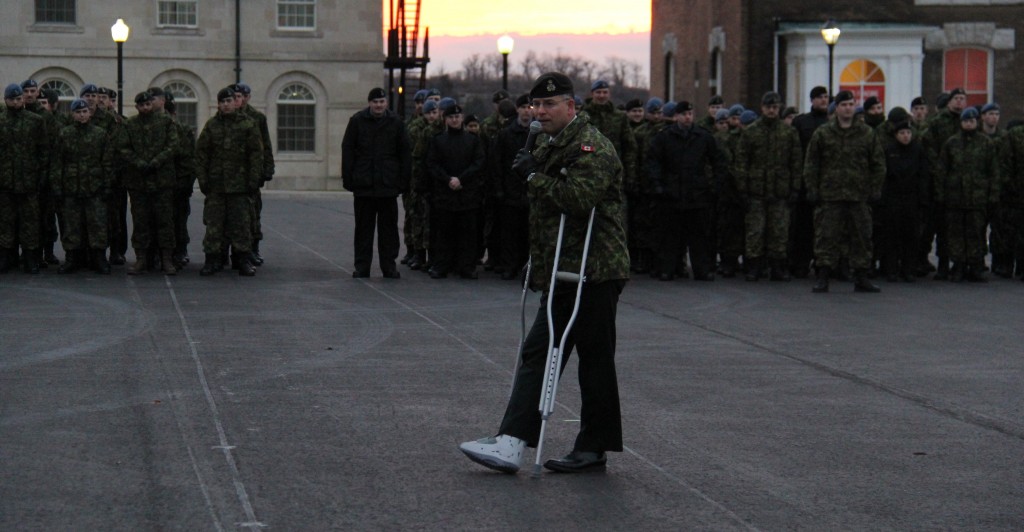 This past Thursday morning, and a cold and wind-swept Parade Square, the Cadet Wing officially put the Fall 2012 semester behind them. Those individuals and teams deserving of recognition in this semester’s Intramural competitions were recognized, and the Wing then looked to next semester with the announcement of the Winter Barslate.

Awards were given out in a number of categories, including Best Referree, Most Sportsmanlike Player, Most Valuable Player, and the winning teams in each league. 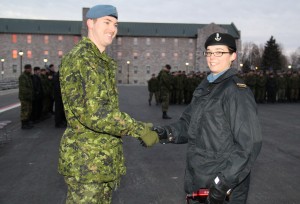 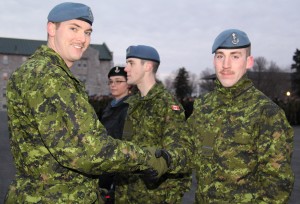 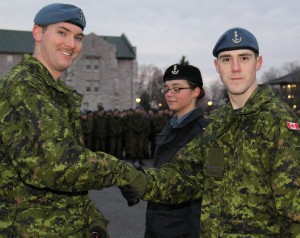 The Most Sportsmanlike Players, presented by Mr. Darren Cates, Director of Athletics, were, from l-r: 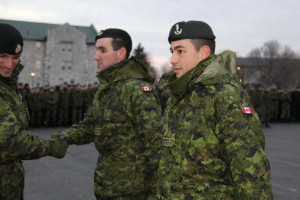 The Most Valuable Players were:

The Winning Teams, presented by Commandant BGen Trembly and Director of Cadets LCol Lemyre, were: 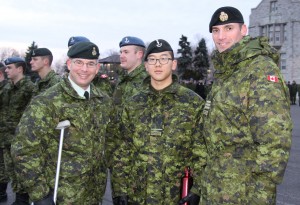 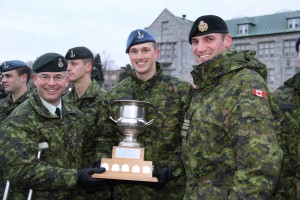 in Water Polo, B Division; in Ultimate Frisbee, 8 Sqn; 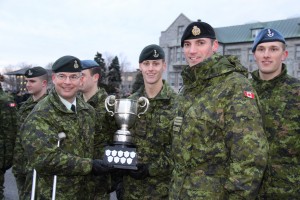 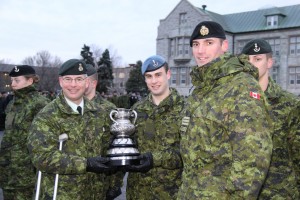 in Soccer, 2 Sqn; in Tier A Ice Hockey, A Division; 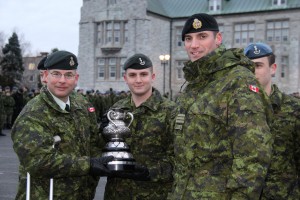 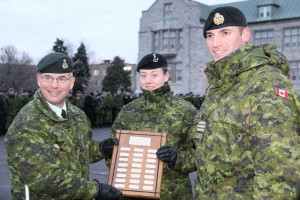 in Tier B Ice Hockey, A Division; and in Ball Hockey, 2 Sqn. 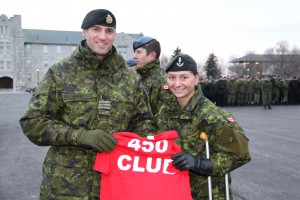 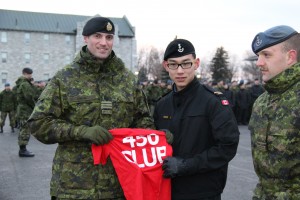 LCol Lemyre then focused the Cadet Wing in on next semester. “We’ve come along way in establishing the effectiveness of the Cadet Wing,” he said, “but there is still much work to be done. You have a good leadership team right now, and the one coming in will be just as good. They can’t do it without you, though. They will need your support.” The Winter 2013 Barslate is as follows: