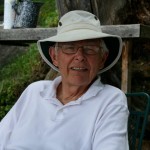 Perhaps the following will be of interest since the subject of the College’s uniform ( the Pillbox April Fools joke) is current.

When I entered the College in September of 1948 as one of what was eventually named, “The New One Hundred” (yes, our class number was exactly 100), I was assigned a room which was on the main floor of LaSalle dormitory. The room just happened to be located directly above the QM Stores room in the basement below where the red serge material had been stored, intended for the eventual manufacture of our red tunics.

Somewhat to the dismay of our class members we never were issued red tunics during our term at the College. You see, the cadet whose room was located directly above the tunic material storage area went on breakfast parade one extremely cold February morning having left his room window wide open all night, as was his habit. By the time breakfast parade and breakfast were finished and he returned to his room he found the room radiator discharging a veritable shower of water onto the floor and down into the QM Stores room below, where rested the red serge material. The radiator had frozen and cracked.

Needless to say, I was not applauded for my habit of sleeping with a wide open window in winter. Today, being under the command of a wife for over 56 years I have learned improved sleeping habits. 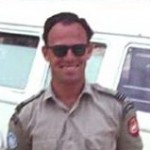 The author is an Orthopaedic Surgeon, and was the former Head of Surgery at both the Winnipeg Children’s Hospital and the Ottawa Children’s Hospital of Eastern Ontario. He has written an historical documentary of his service as a medical officer in the RCAF secunded to the United Nations Emergency Force (UNEF) in Egypt in the year prior to the Six Day War.

The book documents the little known history of the 115th Air Transport Unit, the air support wing of the UNEF and the Canadian role in the 10 year success story of the UNEF in Peacekeeping as well as the trials and tribulations of an RCAF Medical Officer striving to maintain the health of a Canadian fighting force in a hostile desert environment. Numerous public health issues in the field are addressed as well as most of the diseases encountered by armies in a difficult environment. Thousands of Canada’s military served in UNEF in the Sinai over its 10 year tenure and in other Middle Eastern theatres. It focuses particularly on the roles played by the Caribou and Otter aircraft in the desert operations.

The book is of the highest quality construction with perfect sewn binding, soft laminated cover, 585 fine paper 80gm pages, profusely illustrated in color. The royalties from book sales are being donated by the author to the Rotary’s “Eradication of Polio in the World Program”. The book highlights the public health issues related to managing the health of a large military encampment under austere conditions.

Please review the book’s web site www.sinaisurgeon.com for further information and purchase. We would greatly appreciate your consideration to include an announcement of the publication of Sinai Surgeon in your journal eVeritas. The book may be purchased for $28.50 on the book’s website.

We appreciate your consideration of this publication as the book has particular appeal to , medical and military historian buffs, veterans, peacekeepers, travellers and anyone interested in Middle East politics or geography. 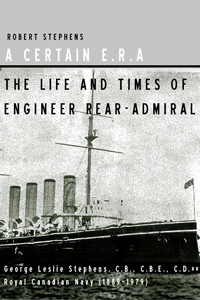 Mr. Bob Stephens has finally published the memoir on the life and times of his father, entitled “A Certain ERA – The Life and Times of Engineer Rear-Admiral George Leslie Stephens (1889-1979)”. It is a superb read, much more than an in-family engineering story, but rather one of the most informative personal perspectives on the first half-century of the RCN in general.

Mr. Stephens has asked myself [Richard Gimblett], along with Mike Macdonald and Gord Smith to assist with the distribution. If you are interested in receiving a copy, and have not yet been approached by either of those other gents, please let me know [richard.gimblett@forces.gc.ca] so I can get a copy off in the mail to you ASAP. They are not “for sale” per se, but Bob asks that a donation be made to his Foundation to offset the costs (min of $20/copy). If you are interested, please send me your surface post address. A note with fuller details will be included with the book.

Many thanks, yours aye,