With Remembrance Day coming up soon we thought it was timely to reproduce some of the war-time articles. This particular letter is from inside France from the beginning of D-Day – 6 June until Dec 1st 1944.

Most readers will find this article very interesting. 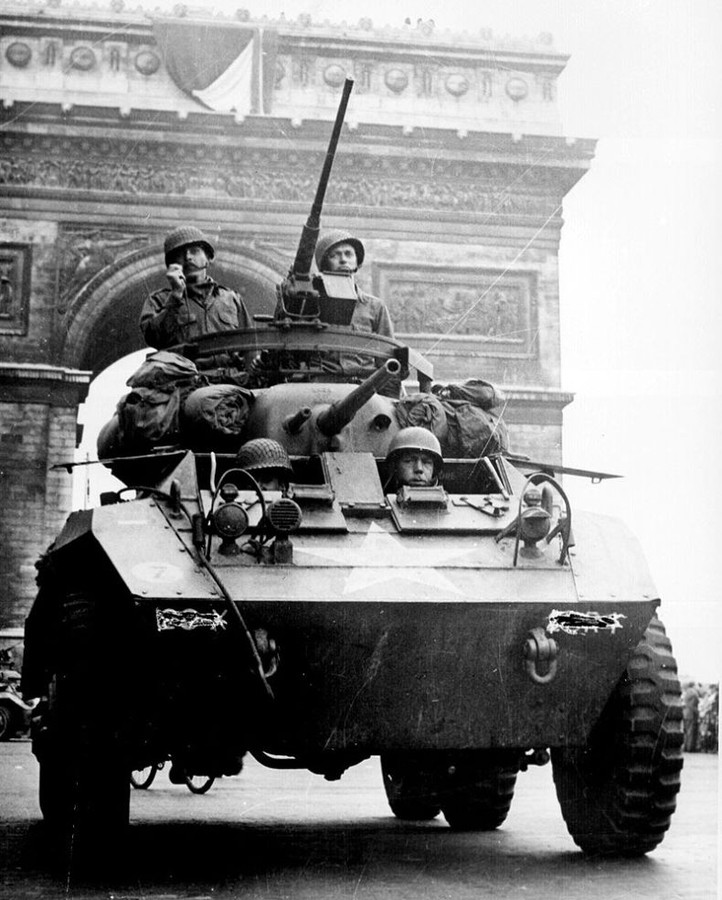 LETTER TO THE EDITOR FROM PROF. G. VATTIER.

Assoc. Prof. of French. R.M.C. 1918-1925; later he was the Inspecteur d’Academie at Saint Lo, France, which lasted until the Nazi invasion of France

Four perhaps five years have passed since I have been able to write to you!!! In October 1942 the Vichy government sent me to Chalons sur Marne, near Reims, for political reasons. You understand I was not “persona grata” at that time. Everybody knows my feelings for all that is British. I was obliged to stay there for one year, alone, living in a hotel. My family was still at Rainville (Calvados). Suddenly in October 1943, I was kicked out (pension). Then I came back to Rainville and for six months I stayed in my house, going out very little because I knew the “Gestapo” was ready to put me in prison.

On the fifth of June, around eleven o’clock, we heard the British planes flying in the vicinity of my house, at Rainville as usual since about two years. We did not pay attention to them. A few minutes before midnight we went to bed. But suddenly we realized the planes were very numerous, flying very low and very slowly. At once we understood there was something strange. We went out at once and we saw all the parachutes coming out from the planes just around my house. What a wonderful sight! Needless to say all the parachutists were welcomed in the house. We talked together for some time, we smoked cigarettes, and I gave them some brandy. They were indeed very nice chaps! We were so happy! Free again, thanks to them! No more horrible “Jerries” in the vicinity. The village was conquered at 2:30. The first village of France to be delivered by the British Troops is Rainville (calvados) on the 6th of June, 1944 at 2:30. A panel has been fixed in the village in the commemorations. But, alas! We have also a British cemetery now! One has been buried close to one of my walls surrounding my estate. Be sure we will take care of these graves and put flowers on them when possible. Poor fellows! The very same day the Red Cross was installed in my house and we helped them as much as possible. They were keeping the two bridges across the canal and the river, very important because they are the only passage west-east or east-west between Caen and the sea.

But for these two months we received the shells and the bombs sent by the Jerries. It was horrible. Day and night—we had to take cover in a trench—the house has been badly damaged—the roof has been destroyed—damages inside—no more panes of glass. One door alone has received 15 shell splinters! Nothing to repair: no tiles, no glass, no wood. It is still raining in the house. Eighty-six trenches have been dug up in the garden, in the park, in the meadows, around my house. Many fruit trees have been damaged. But that is nothing—we are free again, and we will win the war. Hurrah for the allies, the British people, the Canadians, Roosevelt and Churchill!! Thank you to all!

And now we wish you all, from the bottom of our hearts, a very good Christmas (I cannot say a “Merry” Christmas when so many young men are falling every day), and a very happy new year…and the end of this horrible war. Please transmit our earnest wishes to the Commandant, the Staff, and the Gentlemen Cadets.