Former Commandants. In this edition of e-Veritas we commence a series of interview type articles on former commandants of RMC; CMR; and RRMC.
First Up: XXXIV RMC Commandant, 1991 – 93 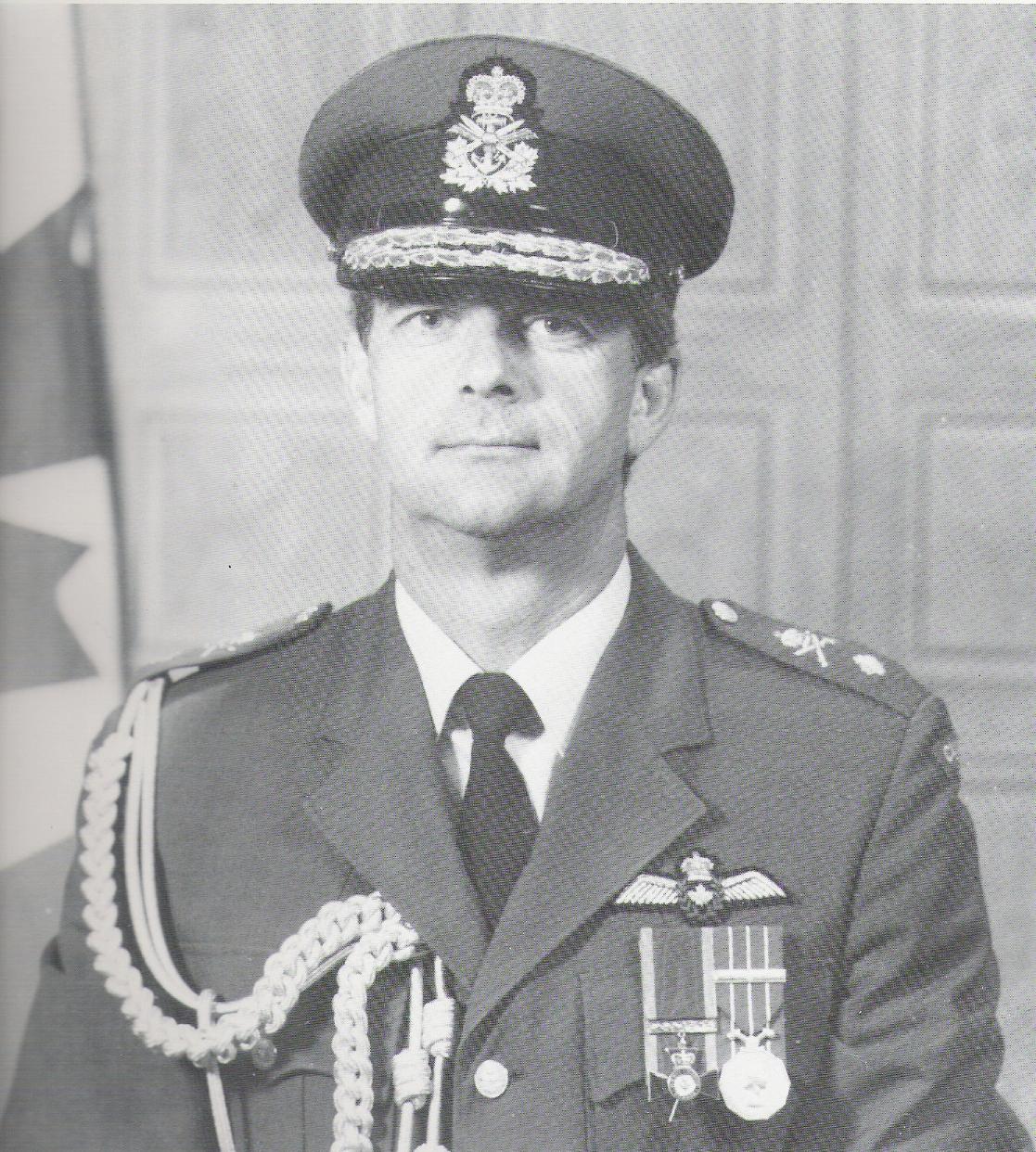 8790 General (ret`d) Édouard Jean Boyle C.M.M., C.D.(RMC ’71) joined Canadian Forces (CF) as Officer Cadet in 1967. He earned a B.A. (Hons.) Economics at the Royal Military College in Kingston in 1971. He retired as Chief of Defense Staff of Canada’s Armed Forces following a distinguished 30-year military career including serving as Assistant Deputy Minister (Personnel) for National Defense, Commander 1 Canadian Air Division (Europe) and Commandant of the Royal Military College of Canada (1991). Following his retirement, he joined the Boeing Company as Vice-President of International Business Development and as Managing Director of Boeing International – Europe. In 2001, he joined the SPECTRUM GROUP, a Washington, DC-based strategic consulting organization serving defense, aerospace and high technology companies. He is the President and CEO of JEBtek International, an Ottawa based strategic business consulting firm.

Gen. Boyle: Nothing specific. He just expressed his thoughts that this was going to be a difficult experience but a worthwhile life-changing one and as always, he was right. I expressed the same thoughts to my son 20715 Mr Michel MP Boyle (RMC ‘97) when he entered the college in 1993. He graduated in engineering in 1997, served as a CELE land officer, went to the Golan Heights and is now with CSE.

E-Veritas: What skylarks do you recall?

Gen. Boyle: As a cadet, three stand out. We painted RMC in white paint at center field of Queen’s university football field for their homecoming game against U of T. We painted USS Pueblo in January ’68 on a beached freighter in the Kingston Harbour off the causeway during West Point Weekend. (You will recall the USS Pueblo had been captured in 1967 by North Korea) and this made the national media. That same weekend, we hoisted a Volkswagen bug atop the clock tower for the Sunday church parade. As a commandant, Sunday parades normally saw the Eveready Bunny come out to make his impromptu appearance on parade then suddenly disappear.

E-Veritas: Who was your roommate in first year? What do you remember liking about him/being irritated by him?

Gen. Boyle: 8856 Brian D Pashley was my rook roommate. He left after first year. He was a great guy, but a fish out of water at the college.

E-Veritas: How did cadets wake up?

Gen. Boyle: As a cadet, we had the duty recruit walk the halls yelling `Revele, Revele, Revele`… As commandant, I do not recall the process.

E-Veritas: What skill did you learn to do as a cadet that you still do well?
Gen. Boyle: Ironing, Polishing Shoes…

E-Veritas: Where did you live? What do you recall liking about/being irritated by the housing?Gen. Boyle: First year: Fort Champlain. The remainder, I was in the Frigate. I enjoyed my three years in the Frigate. Those were special times where we were an entity onto ourselves during off hours. As commandant, we lived in the commandant’s residence with our two boys – somewhat more living space than we needed but certainly enjoyable. 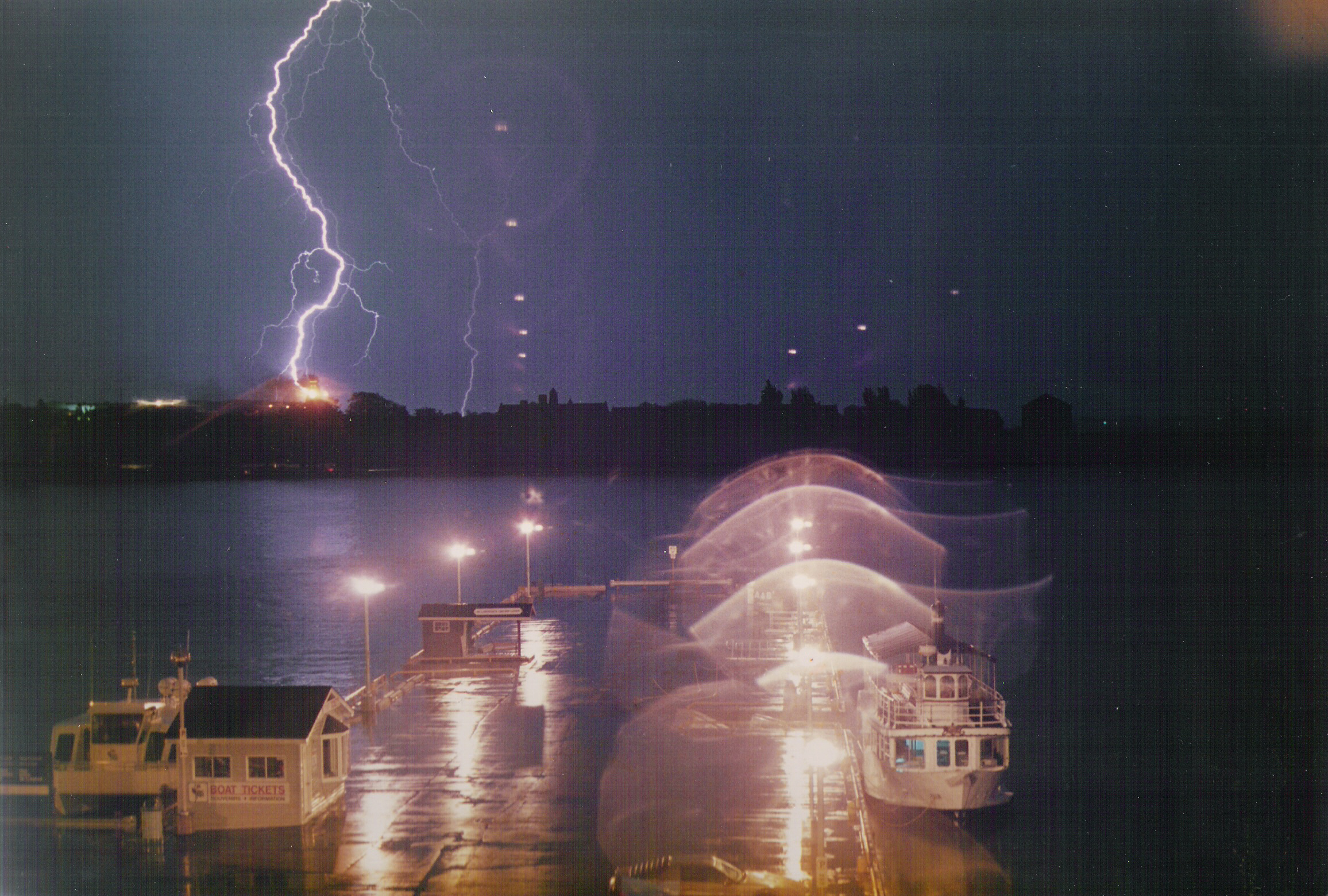 E-Veritas: What do you recall driving cadets crazy on campus?

Gen. Boyle: I was commandant in 1991 when the clock tower caught fire one evening in August. I was there for the repairs and I recall the debate that we had over the advisability of changing the clock tower tune to the RMC march. I for one never warmed to the theme being played every 1\4 hour.

E-Veritas: How were cadets punished?

E-Veritas: Describe your recruit orientation
Gen. Boyle: As a cadet: You are asking me to go back 35 years and if I remember correctly, this was not a fun time: lots of physical training and drill, kit preparation, college history from the little red book, and also bonding with classmates was important.
As commandant: Now that I have 50\50 hindsight, as commandant, I recall we were trying to wean recruits from their parental support and get them to develop a new support system called the college and subsequently the military.

E-Veritas: When you were a cadet, your commandant was 2530 BGen (Ret) William Kirby Lye M.B.E. C.D. (RMC ’36) 1970-1973. What do you recall about him?
Gen. Boyle: My first impressions were that he was a crusty old codger. Later in my military career, I did learn that first impressions were often not what they appeared to be. General Lye was an army officer who dignified the appointment of commandant with military bearing, intellect and impeccable judgment.

E-Veritas: Did you play on a RMC team/were you a fan of any RMC sport teams?
Gen. Boyle: As a cadet, I played varsity football, European handball and I was on the Judo team.
As commandant, I tried to work out daily in the gym, played golf and was an avid fan of our hockey team.

E-Veritas: What do you recall about social aspects of cadet life?
Gen. Boyle: Very little. When I was a cadet, there were two issues of focus – academics and sports. If a social setting was included in an athletic event, then I was part of it. Beyond that, I kept pretty focused.

E-Veritas: Please comment on big changes at RMC?
Gen. Boyle: There were few changes to cadet life at RMC when I was a cadet…I would say the ability of 4th year cadets to wear civilian attire out on leave was a breakthrough and that came about in the late 60s early 70s…the ability of cadets to marry, with the permission of the commandant evolved during my years as a cadet…these were major changes. The admission of women to the college was late in coming and again, in 1980, this was a major change. The other significant change came under the leadership of Principal John Plante when the significance of higher education and the importance of the college degree on the success of the officer corps in the military took on more importance. Today, RMC is first and foremost a place of academic learning, set in a military environment…In the 60s and 70s, it was a military institution within an academic environment. The priorities are best today.

E-Veritas: Do you have any practical tips to share?
Gen. Boyle: Observe, Reflect, Take Charge.

E-Veritas: What was your squadron?
Gen. Boyle: The Stone Frigate #1.

E-Veritas: Do you have any ghost stories from RMC?
Gen. Boyle: Nil…

E-Veritas: As a cadet, what did you do with the cadet wing instruction manual you were issues containing containing college rules & regulations
Gen. Boyle: I still have it along with my walking stick.