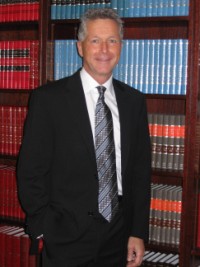 Like many young cadets, 9143 Bruce McAlpine grew up in a military family and found that attending military college was a logical first step into adulthood.

“I was accustomed to the military life. It was part of what I always planned to do,” recalls McAlpine on the phone from his office in Toronto.

While studying electrical engineering at CMR and RMC from 1967 to 1972, McAlpine swam and played water polo, the seasons for which sadly coincided with that of the other sport he wished to play: hockey. It would seem that the university course load, water sports, and a courtship with the woman who would become his wife during graduation week in 1972 were enough to keep the young cadet busy, though, without the addition of one more sport!

After spending four years as an infantry officer in Val Cartier, McAlpine left the Forces for a position with Xerox in the Hamilton area. From there, he and his young family moved on to first McMaster and then York universities, where he completed an MBA.

McAlpine’s first business venture was a company called Marketing Systems Inc., a development company for business-to-business sales organizations, which he ran for six years before selling the company and moving on to the Executive Search industry.

Now forty-two years removed from his RMC graduation, McAlpine is the President of Fulcrum Search Science Inc. and a mainstay of the Executive Search world who is a former President of his national industry association, Chair of the Ethics Committee for the same, and an accredited national industry trainer. Behind all that success is the firm foundation he says he received through his military college training.

“The disciplines that you learn are hugely transferrable. The self-discipline, [and the] value system that’s instilled through the College system; truth, duty, and valour— it certainly stands you in good stead, the whole idea of personal integrity and keeping commitments that you make, and doing everything to the best of your ability. I think [those] are fundamental to success in business,” McAlpine reflects. “I think also there’s perseverance that comes through the military college system; you don’t leave until a job’s finished. So if you’re committed to doing something, you will see it through. It’s not a question of 9-to-5, it’s a question of getting the job done, and whatever it takes, whatever obstacles need to be overcome, you just realize you’ve got to do it— it’s not optional.”

All these years later, McAlpine is not only strongly influenced by his time with the military college but is still very much involved. He has participated three times (2001, 2006 & 2011) in Chasse-Galerie, an initiative of the Class of 1971 which raises funds for the Major Danny McLeod Endowment Fund, an experience he has cherished at each opportunity.

Serving also on the Executive Committee for the Club, McAlpine co-authored The Road Ahead, a year-long strategic review looking at some of the challenges facing the Club and making recommendations for its continued success. Beyond that involvement, he is also a part of the Toronto chapter of Treble Victor, the national organization Canada Company, and the Royal Canadian Military Institute in Toronto. All these organizations and initiatives allow the former infantry officer to remain connected to what was a vital and formative period in his life.

“The life-changing experiences, and the camaraderie and the bonds that you build there are so fundamental to your life value system that it becomes a very, very important part of your life,” McAlpine says. “Even right now, when I go back there, I get a visceral, emotional feeling about going through the buildings, about walking cautiously across the parade square… It’s amazing how emotionally connected we all are to the college, and we begin to realize the value it played in our lives only later on, as we look back on our career and realize how formative that was.”

As each new adventure arises, McAlpine’s undeniable link to the college is reinforced, in sometimes surprising and unexpected ways, as with an upcoming hiking trip on Canada’s west coast.

“I’m planning a week-long hike this coming September— we’re going to do the West Coast Trail. It’s billed as one of the most arduous hiking trails in North America, and three out of the four of us will be ex-cadets! So that should be fun,” McAlpine explains with a note of anticipation in his voice. “The Club has really been helpful; we were looking for transportation to get from Victoria out to the trailhead and back, and I just [wrote] to the president of the Victoria chapter of the Club and problem solved! They’re going to look after us out there, so the Club connections really help. It’s great to have that network.”

With the task of implementing the recommendations outlined in The Road Ahead, a nomination for First Vice President of the Club on the table, and many ongoing personal and business connections, McAlpine’s close ties to the College have certainly stood the test of time and will continue to do so ad infinitum. Says McAlpine with a laugh,

“I didn’t realize how big a part of my life [the College] was until I started listing these things!”