Now long since returned to Canada and the President and CEO of his own firm, Donville Kent Asset Management Inc., Donville reflects on much of what is echoed by his fellow alumni; time at RMC and in the Canadian Forces prepares you for life in very specific and sometimes intangible ways that are essential to success but often difficult to quantify on a resume. 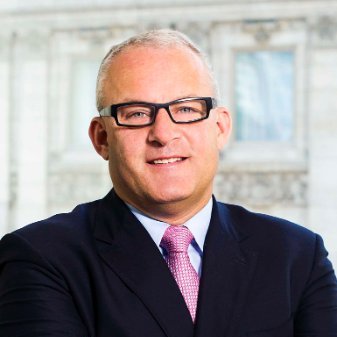 One of the most interesting things about speaking with ex-cadets is seeing the myriad ways in which a common and decidedly regimented university experience plays out over the course of individuals’ lifetimes.

Some go on to long careers in the Canadian Forces; others transition into the business world or other industries. Among those in the latter group, there are yet countless unique and fascinating stories to be heard. Regardless of the trajectory, the common thread is the same: an education at one (or more) of Canada’s military colleges prepares cadets in ways that would perhaps never be replicated at any other institution in the country.

15622 Jason Donville ’86 spent two years at Royal Roads before completing his degree, with a focus on Economics and Political Science, at RMC.

Following his time at the College, during which he played rugby and tried for a time to establish a lacrosse team, the young ex-cadet began life as a submariner. Little did he know how decades later his RMC education would continue to prove essential on a daily basis, or how world events would change the track of his career.

As the world watched the dismantling of the Berlin Wall, the ripple effect on the Canadian Navy sparked something in Jason Donville.

“We [had been] anticipating the government making a decision on what kind of nuclear submarines we were going to get,” Donville recalls. “This was the same time the Berlin Wall was coming down, so we decided not to get nuclear submarines altogether. And I was just kind of looking around and going ‘Wow, with the Berlin Wall coming down the military’s going to go through a period of contraction,’ and I felt like from a career point of view that it just…wasn’t the life for me.”

Having always dreamed of a potentially elusive overseas posting, Donville chose instead to take matters into his own hands. Leaving the Forces, he enrolled at the University of Western Ontario Business School (now the Richard Ivy School of Business) where he completed an MBA.

Finding it difficult to convince potentials employers that a former submariner, however talented and successful an MBA student he may have been, was well suited to finance, though, proved difficult, and Donville made the decision to follow his brother to Asia. Purchasing a one-way ticket to Singapore, he began cold-calling and had secured a job in finance within a month. His tenure in Singapore ultimately lasted eight years.

Now long since returned to Canada and the President and CEO of his own firm, Donville Kent Asset Management Inc., Donville reflects on much of what is echoed by his fellow alumni; time at RMC and in the Canadian Forces prepares you for life in very specific and sometimes intangible ways that are essential to success but often difficult to quantify on a resume.

“You build up those skills [like time management, preparedness] over time at RMC and then once you’re serving in the Forces, those skills are incredibly invaluable but… you can’t specify them to a single person. You just say, Oh wow, that eight years I spent in the military really set me up well for life with certain soft skills that have been a part of my success,” he explains. “I’m very conscious of the gifts that I received during my time in the military. If I hadn’t gone through that process, I don’t think I’d be the person that I am today.”

As a hedge fund manager based in Toronto, Donville today is responsible for about $160 million and wins awards for his success within the industry. In his company’s first year he was awarded Best New Fund in Canada, and in 2013 he was awarded Best Opportunistic Hedge Fund at the Morningstar Awards, one of the highest honours in the industry. Interestingly, Donville continues to turn back to a pair of second year Economics courses from his time at Royal Roads.

“A huge underpinning of what I do professionally was a second year Economics course taught by Peter Dunnett [now at RMC], all about oligopolies. I still remember— he would always say, Mr. Donville, whether you’re selling bowler hats or McDonald’s hamburgers [this certain economics principle holds true],” Donville recalls with a laugh. “[Another influential] professor was Dr. Cairns, and he taught essentially the follow-up course to Dunnett’s which was intermediate microeconomics. I use the stuff that I learned from Dunnett and Cairns every day.”

Now a father (along with his wife Jane) to three children ranging in age from sixteen to twenty, Donville uses his success, the foundation of which is undoubtedly his time spent in the Forces, to support two causes about which he cares deeply: the RMC Club Foundation and the Canadian National Lacrosse Team (for which his oldest son, Brennan, is one of two goalies).

Donville takes pride in supporting the College and in seeing his fellow ex-cadets achieve great things in the world such as his former Squadron Commander, at the time a young Captain, Walter Natynczyk. In the years following their time together, Natynczyk would rise through the ranks to become the Chief of the Defense Staff.

“You know how they always say ‘Good guys never finish first’? Well, [Natynczyk] was a good guy, and he finished first. He was one of those guys… you just loved to hear that Natynczyk was getting promoted again,” Donville reflects. “[He] was a wonderful man even when I had him as a Squadron Commander and it was so wonderful to see him go all the way to the top.”

“When you go to a university like RMC, and every now and then there’s somebody in the news from your school who’s done something great, whether it’s an astronaut or a peacekeeper or something, you kind of bask in their glow. And you feel really proud by association,” explains Donville. “I’m really proud… of how it reflects on the school, and to be able to say, Wow, I graduated from there too— what an honour.”