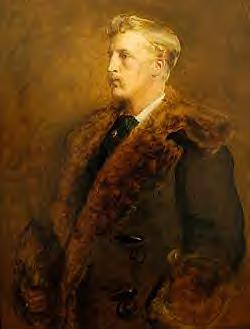 “under the able, energetic, and genial leadership of Col. Hewitt, and of the instructors, to whom you owe an uncommon debt of gratitude, for their work has been very hard,… a school of arms has arisen which will bear comparison with some of the oldest of similar institutions in other countries.”

Gentlemen Cadets of the Royal Military College,–On the Princess’s behalf I must first express her pleasure in giving you the prizes awarded for mental worth and also for physical exercises–(applause)– and I cannot say how much satisfaction I have had today in seeing the manoeuvres so well executed during the very pretty little field day you have gone through, and in thoroughly examining into every part of this Institution, and seeing myself the place which, I believe, will hereafter be as famous in Canadian history as the training place of the officers in whom Canada puts her trust as is Woolwich in England, or the Academy at West Point, among our neighbours. (Applause.)

In being here I confess I think your lines are cast in pleasant places, and it is well that it should be so, for to judge from my own experience when going through a course of training at Woolwich, it may be possible that in future years you will re-visit this scene of your early labours. It is often the case that after some years’ service, students of the military art find that owing to the constant progress made in military science, they have fallen a little behind, have perhaps become a little rusty, and have to go back for a time to drill. This may be the case here as well as in other armies, and if ever I have the pleasure in future years again of visiting Kingston, I may find some of the young and soldier-like body whom I have now the pleasure of addressing, again going through “repository” work as stout captains or as weighty majors–(laughter)–here again for a while to polish off any little rust that may have accumulated in their minds.

It is certainly a matter of surprise to find what wonders have been accomplished by this school in a short time, and how under the able, energetic, and genial leadership of Col. Hewitt, and of the instructors, to whom you owe an uncommon debt of gratitude, for their work has been very hard, and like the British Infantry, they are excellent, but they are too few–(applause)-a school of arms has arisen which will bear comparison with some of the oldest of similar institutions in other countries. The good which has been done in this school is evident to all who visit it, and this is recognised by those who have not had that advantage, but who, hearing of your progress, and reposing, with good reason, confidence in the able board of officers who guide your studies, have afforded their support to an experiment which may be already pronounced a great success. It is not only one Province that is represented amongst you, but the Dominion at large, and we may look forward to having many from the gallant Province of Quebec–(applause)–whose famous military annals will, I am confident, should necessity arise, be reproduced in the actions of her sons. (Applause.)

The life that you have led in this place and the spirit of comradeship here engendered will be a bond of union for our Canadian Dominion–(applause)–and many of you when you leave this will feel for your Alma Mater that sentiment of affection which Napoleon felt for St. Cyr. May this Kingston Military Academy be a fruitful mother of armed science–(applause)–and a source of confidence and pride to her country. You will go hence after your studies are completed as men well skilled in many of those acquirements which may be looked upon as wont to lead to success in civil life; but above all, you will be officers to whom can be entrusted with confidence the leadership of our Canadian Militia. (Applause.) It will be your duty to command those who are called out for service first of all for the defence of your own homes; but I doubt not that you will always remember that in belonging to the Canadian Militia you belong to an auxiliary force of the Imperial army, whose services are constantly illustrating anew, in distant and various climes, and against every kind of foe, the qualities of the British valour and the virtues which have made Britain what she is. (Applause.)

It may never be your fate to have any share in war’s convulsions, and you may have no opportunity of doing what the Zulus would call, “Washing your spears.” Do not on that account think that your time has been misspent, or regret the preparation which is the best means of preventing any disaster falling upon your country. The training you have here received will certainly not only pay well in giving you those habits of mind and knowledge which will be of advantage to you whatever line in life you pursue, but will help you to become good citizens, and will make you worthy representatives of that home army which is so essential for the defence of the land. It is the proud fortune of those who follow that profession, of which it has been finely said that “it is their trade to die,” to know that by their life they not only foster those feelings of manliness and hardihood without which life is not worth having, but that it is also under their protecting arm that every profession pursues its even way, and arts and commerce flourish, and wealth increases in security. (Loud. applause.)