Exploding the myth of Peacekeeping 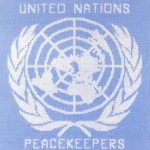 Ask the average Canadian to identify the most successful endeavour of the Canadian military, and chances are he or she will answer: “peacekeeping”. Popular symbols and institutions reinforce this perception every day: our ten-dollar bill commemorates past military conflicts solely by peacekeeping, while the Canadian War Museum in Ottawa incorrectly classifies all Canadian military operations since the end of the Cold War as peacekeeping.

This mythologizing of Canada’s peacekeeping role is not only false, but belies its failure in modern theatres of war. The truth is that classical peacekeeping has proved marginally useful at best, and disastrous at worst.

A construct of the Cold War, peacekeeping was devised to dampen conflicts that risked sparking a nuclear exchange. But its Achilles’ heel was that soldiers could act only in an observation and reporting role, and only use weapons in strict self-defence. During the Cold War, this was less problematic, but in hotter conflicts it has proved a serious handicap: witness the disastrous missions in Somalia, the Balkans, Rwanda and Lebanon. Since 1991 peacekeeping has, more often than not, involved low-intensity combat – and therefore is better defined as international security operations.

Within the last decade the UN has moved to approve stronger mandates under Chapter VII of its Charter. In these cases the peacekeepers are authorized to use force, especially to protect non-combatants. However, the UN still evinces an aversion to conducting combat operations. The most flagrant example would be the situation in the Democratic Republic of Congo. Even with a Chapter VII mandate, UN forces have failed to end or control that savage conflict. Civil war, outside interference, pillage and rape all continue largely unabated. The Congolese president has demanded that all UN forces be withdrawn by the summer of 2011.

The Congo exposes the prime weakness of peacekeeping: it is akin to placing a band aid on a festering boil. For a time the infection is masked, but eventually it bursts forth again. According to American scholar, Edward Luttwak, outsiders, including the UN, should not become involved in wars and civil wars among minor players on the world stage. Negotiating peacekeeper-patrolled “settlements” before the fundamental causes of conflict are resolved merely prolongs the agony and allows the combatants a respite to prepare for the next round.

Foreign and defence policy must serve national interests, and another part of the peacekeeping myth is that peacekeeping serves these interests well. However, a comprehensive Department of National Defence program review of Canadian participation in peacekeeping, performed in 1990, showed that friends and allies did not hold Canada in high esteem for its peacekeeping efforts. On the contrary, they often leveled criticisms based on their perception that peacekeeping was being used as an excuse for not contributing sufficiently to conventional defence efforts.

Nonetheless, the Canadian myth of peacekeeping persists and has been used to counter the ‘un-Canadian’ war in Afghanistan. Peacekeeping’s true believers want it to become the focus for Canadian foreign and defence policy once the Afghanistan campaign ends.

If Canada adopted peacekeeping as the focus for our military operations, we would witness a corollary downgrading of the Canadian Forces. This occurred in the 1990s, when our combat capabilities plunged, imperiling Canada’s subsequent conventional operations in Afghanistan. Only sheer professionalism and the eventual provision of proper equipment and weapons saved the day. The lesson is that the armed forces of modern states must be able to operate along a continuum of conflict – from conventional war through counter-insurgency to international security operations. Peacekeeping does not figure in this equation.

The time has come to close the book on peacekeeping in Canada. We should render appreciation and thanks to those who have served, but now get on with dealing with new realities. Current operations in Libya are one example of the latter. Rather than peacekeepers, Canada and its allies are applying combat power to defeat a tyrant who has oppressed his people. It is that type of fight – for justice, and liberty – that we should commemorate, and continue.

4270 Colonel (Ret) Sean Henry is a defence analyst in Ottawa. He served in two major peacekeeping operations, in Egypt and Cyprus, and conducted a program evaluation of Canada’s international peacekeeping reputation.