E-veritas has been given permission to publish excerpts of 5105 Doctor J. L. ‘s (CMR RMC 1961) interviews (1991-1993) for “The Generals: the Canadian Army’s Senior Commanders in the Second World War”. 5105 Doctor J.L. Granatstein fonds are at the National Defence HQ Directorate of History and Heritage. 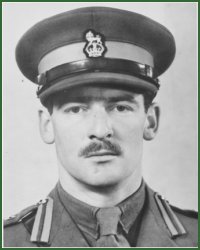 MGen Smith said he never saw any sign of resentment against the Royal Military College of Canada or the Permanent Force. He didn’t even know who was from RMC.

On Ernest Geoffrey “Bunny” Weeks CBE. MC,
In 1939, Smith was at National Defence Headquarters in Ottawa working under Ernest Geoffrey “Bunny” Weeks, who was acting Director Organization (1938-9). Between them, with one Non Commissioned Officer, they mobilized the army. Canada’s interim military forces were organized into regular and reserve forces. Smith saw Bunny Weeks who was commanding the Adm HQ in Naples during WWII [and his military career continued until his retirement in 1949.]

On General Andrew (Andy) G.L. McNaughton:
Smith greatly admired McNaughton, a wonderful guy, an intellect with a real brain, a very human man. When the planning was on to send troops to Norway (1940), Smith was told to get winter kit for 1500 troops and discovered there was none in UK stocks. So he phoned Lilywhite’s (where his father used to get stuff pre-war) and arranged that they would make fleece-lined jackets. They duly arrived, the operation was canned, and the girlfriends of the soldiers ended up with nice coats. Then Smith was summoned to see McNaughton who very sternly waved an invoice at him for a large sum and said if it was paid from his pay it would take all his service to recover. Then McNaughton’s face changed and he said, “to hell with rules, get it done, that’s the kind of young officer we want.” McNaughton sent him to Camberley, called him personally every time he got promoted. “Is that Major Smith?” “No, Sir, Captain Smith.” “It’s major now.” General McNaughton was damned by the British for Spartan. [Operation Spartan was an exercise in March 1943 in which General McNaughton’s recently formed 2nd Canadian Corps headquarters controlled 5th Cdn. and the Guards Armoured divisons in a complex offensive operation. 1st Canadian Army’s task was to seize a bridgehead, across the Thames drawing the enemy into battle. British 10th Corps then crossed the river. Spartan ended without the decisive victory since 2nd Cdn. Corps was unable to complete the encirclement.] General McNaughton had political responsibilities as well as military. The Brits wanted to use the Canadians as cannon fodder, just as in WWI, but Andy wouldn’t permit this. He also produced the “snake”, a device for clearing mines and worked with General Percy Hobart on the mine flail tank.

On Major-General Victor Wentworth Odlum
Smith was supportive of the old guard, who were the people who held the Non Permanent Active Militia together in the face of government neglect. Major-General Victor Wentworth Odlum (and others) formed the nucleus on which recruiting could begin. [Odlum commanded the 2nd Canadian Division 1940-1]. You couldn’t just dismiss them after their efforts. For his part, Smith said, he had spent the 1930s holding a yellow flag, to represent a machine gun, on exercises.

On 1032 LGen Edson Louis Millard (Tommy) Burns, D.S.O., O.B.E., M.C. (RMC 1914);
Smith took over the 4th Armoured Brigade from Burns. When Smith arrived at the brigade, he discovered that four Commanding Officers (3 armoured regiment, l motorized infantry) were WWI colleagues of Smith’s father. There was no way they could lead troops into action and, as Burns hadn’t sacked them, Smith had to. The next thing Smith found was that Burns had slapped governors on the tanks, limiting their speed to 6 mph. Those had to be removed so proper training could be carried on. After that he saw nil of Burns until Italy when Smith took over 5 Armoured Brigade and Burns became GOC 1st Canadian Corps in 1944. Burns was a great man with a pencil and a meticulous planner, but a successful commander is one who inserts his personality into the action. He simply did not have the military respect of his divisional General Officers Commanding and when plans went awry, he lost control. He could tell his Commanding Officers to do X or Y, but they would say it wouldn’t work. Burns could have fired them, but they were experienced and he wasn’t. It wasn’t his fault that he was put in command when he was green. Nor did his personality help. He would see battle weary troops with their jackets open and give them hell for improper dress. Burns never changed as Commander. He had difficulty telling people they’d done well. The corners of his mouth were always down, it was hard to get a laugh out of him, and his whole attitude suggested he was a know it all which annoyed many. He seemed to assume that everyone had read his pieces [on training of troops, mobility, the replacement of cavalry, air bombings, the organization of infantry and armoured divisions] in Canadian Defence Quarterly.

On 1602 MGen Harry Wickwire Foster C.B.E., D.S.O. (RMC 1922)
Pre-war there had been a half dozen potential leaders in the Permanent Force and there was a lot of jealousy in a small army. Foster was a Permanent Force Officer who served as GOC 1st Canadian Infrantry Division 1943-4 and 4th Canadian Armoured Division 1944-5. Foster was a man who could drink more than anyone and get a glow but not drunk. Foster put his brigade into 2-3 river crossings where they’d make a bridgehead which would be lost by another brigade and Smith’s would have to do it over again. It was a hard time with some troops in the line for 90 days and no rfts. He thought Foster, out of North West Europe, believed that all they had to do was press a button to call up air support. Italy was a sideshow to the Normandy generals.

On 1633 Major-General Christopher Vokes, C.B., C.B.E., D.S.O (RMC 1921)
Vokes was GOC 1st Canadian Infantry Division 1943-4 and 4th Canadian Armoured Division, 1944-5. Vokes was no great planner but he coordinated his staff well. He was a bit of a Schwarzenegger type–rough and tough and he looked the part and used lurid language. He could talk to the troops and they loved him. But when his brother, in Smith’s brigade, was killed, he cried–the first crack in his armour Smith saw. If a battalion wouldn’t do what he wanted, he would explain it all carefully and in expressive terms. He would have been Corps commander except for army politics.

On Major General Bertram Meryl Hoffmeister
Hoffmeister was just a mid-level management person in the BC forest industry prewar. Nevertheless, he commanded the Seaforth Highlanders in Sicily, the 2nd Infantry Brigade at Ortona (1943), the 5th Canadian Armoured Division and the 6th Canadian Division in Pacific theatre (1945). Smith did not know Hoffmeister until he went to take 5th Canadian Armoured Division. Hoffmeister won over Smith at once: “Des, I know sweet bugger all about armour and I’m going to depend on you.” That started a great relationship. And that was why he was successful. He also had a great appearance, built like a brick shithouse, and personality. He was technically competent, though in Italy the tac skills required for armoured divisions were limited. He studied the ground, worked out fire plan, and didn’t get mesmerized by it all. And he was innovative: he and Smith found that by welding old #9 wireless head sets on the back of a tank they could greatly improve infantry-armour cooperation. [After the war, he was president and chairman of Macmillan Blodel Ltd, and president of the Council of Forest Industries of B.C.]

On MGen Guy Granville Simonds, C.B., C.B.E., D.S.O. (RMC 1925) RMC prof 1938
Simonds was GOC 2nd Canadian Corps 1944-5 and Chief of the General Staff 1951-5. Smith’s first wife and the Simonds’ had been very friendly pre-war. Simonds’ background was humble but he was unbelievably ambitious. He was good and he was admired as a soldier. As GSO2 in l Div he was a sand table expert (then just a theorist) and very quick in commenting. Simonds was put in charge of the Canadian War Staff Course. Simonds was admired by many for Operation Totalize. Smith’s 4th Armoured Brigade was chewed to pieces in Totalize and it took more casualties than it should have.

On General Henry Duncan Graham Crerar (RMC 1906 – 1909)
Crerar replaced General McNaughton as commander of the 1st First Canadian Army. Crerar had been very correct as Corps Commander, a man with ability to stand off.

On General George Randolph Pearkes D.S.O., M.C., V.C.
Pearkes was the General Officer Commanding the 1st Canadian Infantry Division in the UK (1940-2). He was asked to lecture at the Canadian War Staff Course. Pearkes blustered in and was introduced. Pearkes began “staff officers are useless and know nothing about battle” and then held up the instruction sheet with the administrative details for college visitors as an example. Then Pearkes talked about infantry and tanks–“tanks are stupid; can a tank go up a staircase to clear a house?”

On Major General Albert Bruce Matthews
Matthews was a good militia soldier who did well, trained his men and kept his equipment up. That was the role of a CRA. He was a business leader (investment broker) prewar, a math expert in plotting fire. After the warm he returned to civilian activities in finance and insurance.