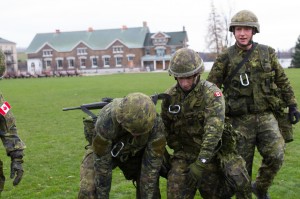 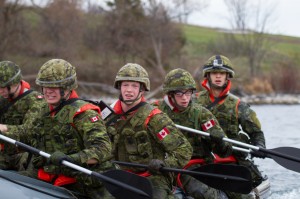 MillSkills is a choice for the Cadets at RMC in place of the typical Intramural Sporting events held each week and on the 21st of November, put to use all the practice they did during the term.

The annual competition which is broken into the four divisions at RMC as well as hosting two teams from RMC Saint- Jean.

Last year one of the RMC Saint- Jean teams caught all the RMCC teams by surprise and were the overall winners.  This year the competition was held much later in the term which served the host team well; as they  took the top three spots in the final standings. 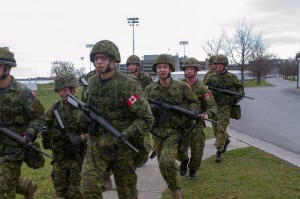 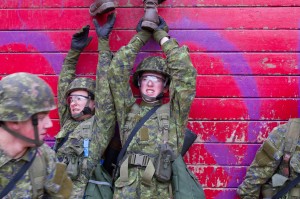 The competition is broken into different categories including weapons handling at the SAT range, climbing a 12 foot wall, crossing a rope bridge and navigating an assault boat. The competition lasted three hours; started at 0800 and was finished by 1100  – with each team completing each obstacle.

Following are the final rankings for the 2015 competition:

Most Accurate Shooting: B Division

Congratulations to B Division for winning this year’s competition! Great work to all.

The Drill Competition, as many of you know, is an annual event at RMC that happens the same weekend as the Commandant’s Inspection held in the field house at the KMCSC. It is an opportunity for the cadets to compete against each other in an area of military life that often goes forgotten and unappreciated. The event is divided up into different aspects of drill for each year and then finally between each squadron totaling 48 different teams competing in four competitions.

The first years are given the most simple, but most frequent, type of drill in Foot Drill. They complete a 42 part routine consisting of all the basic movements as well as some more complicated marching drill. The first year teams are typically lead by their FYOP Cadet Flight Leader or the Deputy Cadet Flight Leader from the center of the field house parade square. The second years practice and perform Rifle drill. The second longest routine of 54 movements it is often just as difficult for the team commander to remember all the commands as the members doing the movements. Notably, the routine includes a change arms with the rifle which is one of the rarer drill movements  that is done in typical parades. 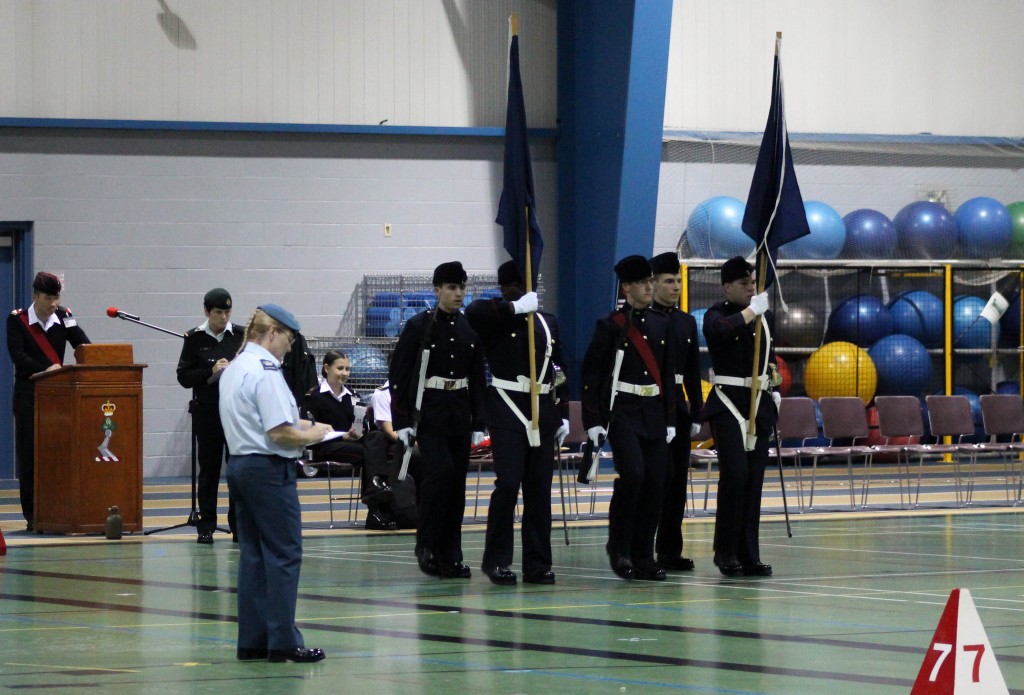 The third years have the most important competition as it decides who will have the honor of carrying the college colours on all formal parades at RMC. Each squadron’s team learns all the movements that the Colour Party does on an actual formal parade such as Badging and Grad Parade. At only 40 movements long, the routine is the shortest however, for most it is the first time ever doing Flag Drill. 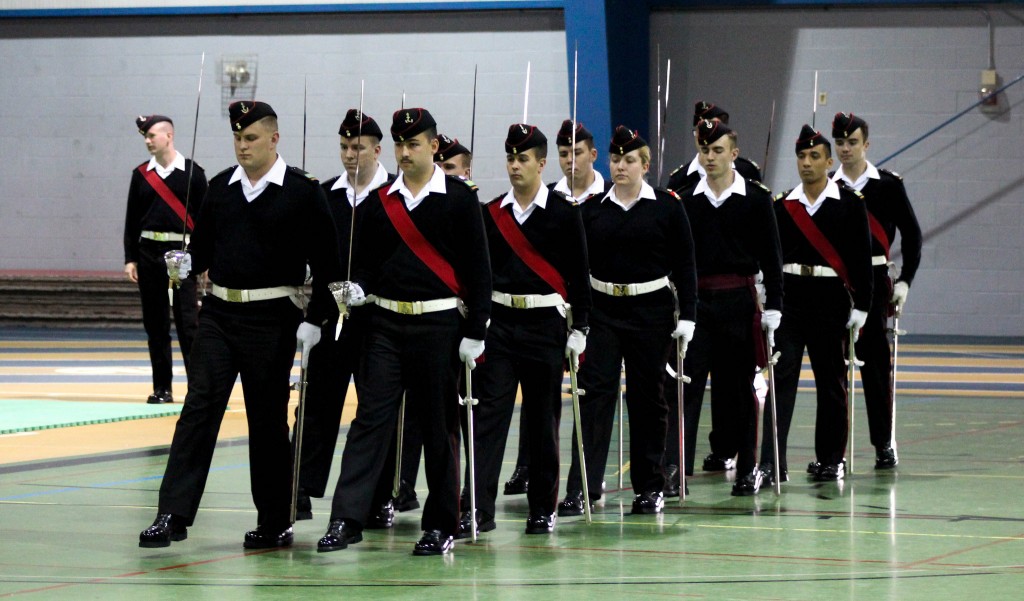 The fourth year’s Sword Drill has a double purpose. Firstly, the same as any other year, to compete against each other in drill. Secondly however, it gives them practice with sword drill for their upcoming Graduation Parade. At 55 movements it clocks in as the longest routine.

Summing the total scores from all squadrons and years into their separate divisions gives these rankings:

The and summing total scores across all years into their separate squadrons gives these rankings:

Congratulations to all for their performance and especially to 3 Squadron, who not only won in total score for their squadron but will also be the Flag party in 2016. Keep up the good work. 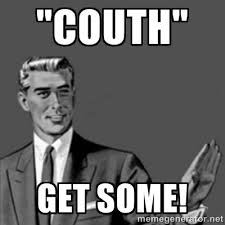 This week at Professional Military Training on Wednesday November 18, 2015, all of B Division went into Massy 15 where we took attendance and got ready for a power point presentation on Mess dinner and Mess ethic.

The officer shared how messes work, who are in charge of which positions. He also talked about his role with the mess. The history of messes, mess dinners, and why they are important was also discussed within the presentation. We learned how the mess is a place to socialize and having a good time.

We also talked about all the different messes and why there are many different messes; to split the subordinates to their higher ups, and to make sure everyone is with their pears.

We also talked about bringing guest to the mess. We should inform the mess reps before in case the guest is of high rank. The officer also discussed some of the traditions that happen at the mess dinners. He also encouraged us to go to mess dinners once we are finished at RMC because they are a great time and a lot of fun.

After the presentations the flights went back to their respective squadrons and had their SC give them farther instructions.

The 2nd year Officer Cadets of the Royal Military College of Canada received two military related lessons on Wednesday 18th. The first lesson was instructed by Warrant Officer Chuck Ansell and highlighted the important role of a Sergeant in each of the tri-elements.

2nd Year Officer Cadets were also explained how important of a role Senior NCOs will take as part of their development as junior officers upon graduation. This lesson also included the origins and history of the rank Sergeant.

Afterwards, 2nd year Officer Cadets learned about the necessity to be professional as members of the Canadian Armed Forces. This session was led by Captain Crombach, who also stressed the need to not only be professional in the workplace, but also off duty.

It was made clearly known to all Officer Cadets that maintaining a high level of personal discipline will not only lead to a fulfilling career, but a citizen that has achieved his/her full potential. In addition, Officer Cadets learned that in the past, Officership was reserved for the upper class and that cadets are expected to exemplify such behaviour.

All in all, these lessons served to teach the cadets valuable knowledge which will be essential to their success.

On Wednesday 18 No, the fourth year Officer Cadets of the Royal Military College of Canada attended their weekly Professional Military Training.

PMT was split into two portions this week, a briefing in Currie Hall about the Organization and capabilities of the Royal Canadian Navy and a lecture about mess life, history, and etiquette.

The first hour of PMT with Lt(N) Guo explained to the fourth year class how the Navy is organized their capabilities, the training, and operations that are undertaken.

Interestingly, Lt(N) Guo focused on the future of the RCN. He discussed the new equipment that is being implemented such as new coastal helicopters, projects to modernize the RCN’s warships, and upcoming projects.

Lastly, he discussed how the RCN plays an integral role in the Canada First Strategy, by patrolling and maintaining a presence in the Canadian Arctic.

The second portion of PMT was spent being briefed by Lt(N) Chiarizia. The brief covered the history, etiquette, and life of messes in the CAF. The Lt(N) discussed how the mess play a huge role in the social atmosphere of the CF. Rather than losing us in the details the briefing focused on how the role of the mess here at RMC.

The presenter challenged the fourth year class to bring new ideas in order to revitalize the mess and improve attendance.