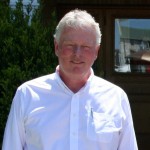 I am writing in response to the letter by Mr. Atwood (3383) published in last week’s e-Veritas. I’ve been a professor at RMC for twenty-five years. I teach in the Department of Mathematics and Computer Science.

Mr. Atwood seems to suggest that military training and a university education at RMC are incompatible. This doesn’t square with what I see. At RMC, cadets learn about Aristotle through the Academic Wing and then about military command through the normal functioning of the cadet hierarchy within the Military Wing. This has been going on for years and has the blessing of the Government of Canada and the military. In the words of the current Commandant, BGen Eric Tremblay, the mission of RMC is to produce “officers well educated.”

As I see it, there are three elements of an education at RMC that differentiate it from other universities. First, cadets must take a balanced curriculum: cadets studying science and engineering must take arts courses; and cadets studying in arts must take some science. That I am aware, no other university in Canada requires this balance. Second, there is a physical education element that comes with an RMC degree. The traditional idea of an advanced education, one that dates to ancient Greece, is the training of mind and body. Physical education still happens at RMC through the military and athletic pillars. At other universities, care of the body is now accomplished with a diet of beer, pizza, and Chinese food. And third, professors at RMC, where possible, teach using examples that have direct application to the profession of arms. For instance, in one of my courses, I teach cadets about the mathematical theory of games. At its heart, game theory forces cadets to think strategically. They must choose a course of action given a thorough consideration of the strategic choices available to the opposition. Some five years ago I received a letter from a former student who was commanding in Afghanistan. In that letter, he described how he was able to apply game theory to some of the combat missions he was asked to do. He thought that it was a wonderful way to structure his thinking and urged me to continue teaching cadets what I had taught him. By the way, this student was a history major and only learned game theory as a result of having to take some science and mathematics courses.

Mr. Atwood’s proposition that the Academic RMC is expensive is simply not true. Some ten years ago, Dr Peter Dunnett studied the costs of the Academic Wing at RMC and found them to be in line with the costs of other universities after adjustment for the government mandate to offer all undergraduate programs in both official languages. At the request of the Canadian Military Colleges Faculty Association this year, Dr Dunnett updated his report to take into account the current situation. He found that, among Ontario universities, RMC was one of the most efficient, and this was true despite the very small average class size at RMC. The explanation is largely based on low average faculty salaries and high teaching loads. Dr Dunnett’s essential point is that the costs of educating officers by attaching a military wing to another university would be higher (and possibly much higher) than they currently are at RMC.

Finally, I must take exception to Mr Atwood’s reference to a free education at RMC. It is not free as the parents, relatives, and friends of Capt Nichola Goddard, Capt Matthew Dawe, and Maj Michelle Mendes will attest.