FIGHTING-SPIRIT AND PERSEVERANCE AT IT’S FINEST 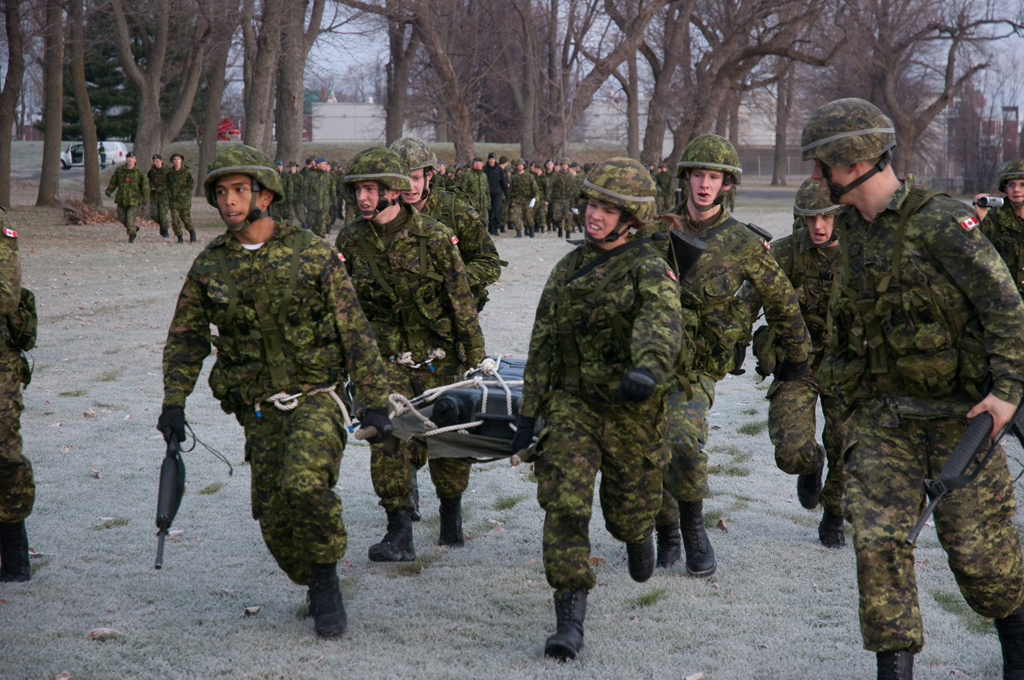 SAINT-JEAN – The early morning’s crisp November air attracted the whole of the Royal military college student and staff population the morning of Wednesday, November 18. What awaited them on the frost-glazed ground was a truly amazing spectacle.

Unbeknownst to the cadets of the college, the Sandhurst team was about to embark on their first full-length obstacle course, and all were invited to witness the remarkable display of grit and determination.

Sandhurst, which takes its name from the Royal Military Academy Sandhurst in the United Kingdom, challenges the participants in a gruelling obstacle course between various Military Academies around the Commonwealth and NATO nations. RMC Kingston has had a team for a number of years, sending its athletes to the competition in West Point United States Military Academy.

Their breath could be seen rising around them as they stood against the rising sun’s glow over the Richelieu River. Grasping their rifles, and wiping nervous sweat from their eyes, they stood before their peers and their officers. They all starred with eyes of glowing anticipation and excitement for what potential glorious triumphs or agonizing defeats that lay ahead of them.

As in previous simulations of a full-length course, the team was divided into the same two separate teams; Team Alba and Team Fox. Usual friends and comrades were once again separated to out-do each other in some of the hardest tribulations that can be put against any member of this academic organization.

Eleven obstacles, all giving the team new challenges in their pursuit for athletic and military expertise. Granted, this was not the true reality of the West Point competition, but it another long leap towards the team’s eventual goal. 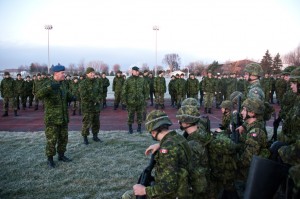 After a quick coin-toss care of team leader, Sergeant Steve Chagnon, Team Fox was to go through the course first.

The obstacles included such seemingly insurmountable challenges as the usual twelve foot wall, the football field ‘fireman carry’ exercise and the assault boat race across the river and back. Added to the usual obstacles were such things as a rope-bridge used as a swing-line, a ten-foot wall that was to be climbed, while carrying barrels over their heads. Perhaps the most original new addition was the inclusion of a causality evacuation simulation where the team was responsible for addressing a field injury and removal of all equipment.

The obstacle course took around one hour and fifteen until its completion, with Team Fox emerging as the victor against their counterparts, Team Alba. However, the adrenaline still pumping through their veins and the sense of glory for simply completing the ordeal far outweighed any petty joy of winning. For the team, they had won together regardless of time or grudges.

‘What has been displayed here today makes me believe without any doubt that we will beat the Kingston team’ Said Master Warrant Officer Pierre Bellemare, the Sergeant-Major of RMC Saint-Jean. This attitude was shared throughout all in attendance with the cheers heard around the campus grounds as the team ran from one challenge to the next.

The Sandhurst Team perhaps best illustrates the determination and perseverance synonymous with the Military College spirit. All training to be officers of tomorrow can look at the team sweat through stretcher runs, or freeze while pulling assault boats out of the water in mid-November or ignore fear and doubt and surmount a twelve foot wall, and set that to be their standard. It is an example of what can be done with hard work all of us, CF members or otherwise can learn from. 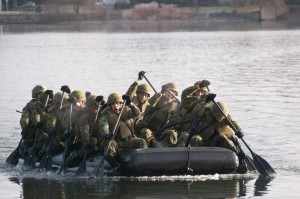 ‘These guys show us good fighting spirit and determination. They set a perfect example for all other Officer Cadets’ Said Major Michel Archambault, the Director of Cadets at Royal Military College Saint-Jean who was, along with the Commandant, Colonel Francois Pion, in attendance during the competition.

It can not be expressed in words exactly how this display from the Sandhurst Team lifted the spirits and aspirations of all who watched. For some, it set fires of greater glories within them, hoping for something more out of their experiences at the College. For others it made them recognize what can be done by a band of determined young cadets.

But for all, it gave the people of RMC Saint-Jean yet another establishment to be proud of, and one they can call their own.