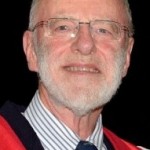 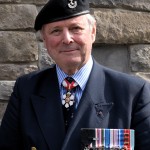 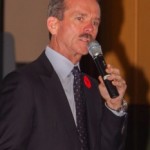 Recently we have received a number of queries on why certain people – including Ex Cadets have a letter such as “H” preceding their existing college number.

Following is a breakdown on the various seven levels of Club membership.

We hope this helps clarify the confusion.

4.1 Classes of Membership. The following are the Classes of Club membership:

.2 Persons who have attended the Canadian Military Colleges in a capacity other than as Cadets or Officer Cadets, who have graduated from a recognized degree course at one of the Colleges or from the Land Forces /Army Technical Staff Program administered by the College; and

.3 This category of members does not include persons granted an honorary degree by one of the Canadian Military Colleges.

.1 Any Ordinary Member or any Associate member may, upon application, be made a Life Member upon payment of a fee to be determined from time to time by the Board of Directors.

4. Associate Members. Members or former members of the Board of Governors, members or former members of the senior staff of the College, of the Club or of the Foundation, particularly those in close contact with Cadets, and with the unanimous consent of the Board of Directors, persons who have made a significant contribution towards the objects of the Club, particularly that of advancing the welfare of the Cadets, who are not eligible for other classes of membership, may be offered Associate Membership in the Club. Associate members shall pay dues, may not vote at meeting of the members and may not hold office. They shall be granted a special club number greater than 100 with the prefix “A”.

4.5 Student Members. Students in a course leading to a Royal Military College of Canada degree, or the Land Forces Technical Staff program administered by the College, shall be student members upon payment of dues, and on ceasing to be a student in such course, shall cease to be Student Members, but may continue to be members if otherwise qualified under this article, upon payment of dues. Student Members may not vote at meetings of members and may not hold office with the exception of the Cadet LO to the Club who will be standing ex – officio Director.

.1 Persons who have at any time rendered outstanding and long term service or brought great honour to the Canadian Military Colleges, the Club or the Foundation may be elected to Honorary Life Membership.

.2 A proposal for election to Honorary Life Membership must be submitted to and receive the unanimous approval of those present at a meeting of the Board of Directors, following which the proposal will be submitted to the next Annual General Meeting for approval by simple majority.

.3 Honorary Life Members shall be accorded all privileges of membership and shall be exempt from the payment of annual dues. They shall be granted an honorary college number with the prefix “H”either preceding their existing college number or a newly assigned number.

.1 Persons who have rendered special service to the Canadian Military Colleges, the Club or the foundation may be offered Honorary Membership in the Club.

.3 persons who have been granted honorary degrees by one of the Canadian Military colleges and who are not eligible for other categories of membership may be offered Honorary Membership in the Club on the recommendation of the Board of Directors.

.4 Classes that have honorary class members may nominate any of such members to Honorary Membership in the Club. Such nomination shall not be made until at least four years have elapsed since graduation.

.5 Election to Honorary Membership shall involve the same process as described in Section 4.7.2.

.6 Honorary Members shall be accorded all privileges of membership and shall be exempted from the payment of annual dues. They shall be granted a special Club number greater than 100 with the prefix “S”.

Finally,  we plan to list in a future edition of e-Veritas a list(s) of all living Honorary ‘Life’ Members and Honorary Members.

More from:  CONSTITUTION OF ROYAL MILITARY COLLEGES CLUB OF CANADA