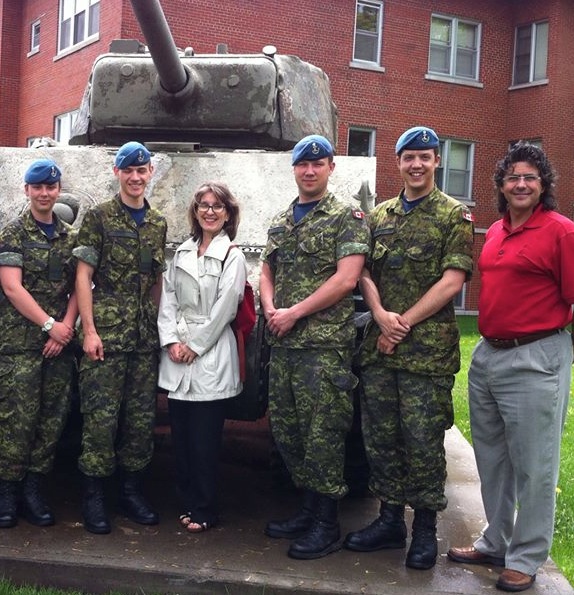 On the night of July 9, 1943, the allies landed on the beaches of Sicily, which commenced the Italian campaign during WWII. Canadians, British and Americans fought on the Island of Sicily for 40 days, effectively pushing the Germans out of Sicily and liberating the Italians out of the war. Canada played a massive role in Operation Husky during which all three elements fought courageously. Out of the 2,310 Canadian casualties suffered during Operation Husky, 84 were taken prisoner, 1664 were wounded and 562 lost their lives. All of the fallen soldiers remain buried in Sicily.

Although Operation Husky was a major event in Canadian history, it is not that well known to Canadians that this operation even occurred. These 562 fallen Canadians fought bravely in Sicily and their names have unfortunately been forgotten. At the time, Operation Overlord overshadowed the events of Operation Husky and thus made the latter seem like a whisper. Operation Husky 2013. Thanks to the RMC Saint-Jean Cmdt, Col Guy Maillet and the Fondation des Ancien(ne)s du Collège militaire royal de Saint-Jean that played a key role in subsidizing part of this venture. As the 70th anniversary of the beach landings in Sicily occurs this July 10, there will be four students from RMC Saint-Jean on the ground providing support with logistics, ceremonies, marches, and communications throughout the whole month. They will be working under the leadership of 12476 Pierre-Paul Pharand. Although not all RMC Saint-Jean officer cadets who participated in the planning of Operation Husky 2013 will be travelling to Sicily due to other military obligations, it must be noted that RMC Saint-Jean has put a lot of energy behind the project. For more information on the RMC Saint-Jean Operation Husky 2013 involvement, please visit the group’s facebook page at https://www.facebook.com/OperationHusky2013.

The RMC Saint-Jean group that will be travelling to Sicily this July is composed of 26401 OCdt Victor Joël Couture, 26764 OCdt Dave Domagala, 26428 OCdt Mathieu Drolet and 26392 OCdt Myriam Rochon. They will be accompanied by Dr. Beatrice Richard, Head of the Humanities and Social Sciences Department,12944 André Durand, Liaison Officer at RMC Saint-Jean and Marie-Claude Leblanc, RMC Saint-Jean translator.