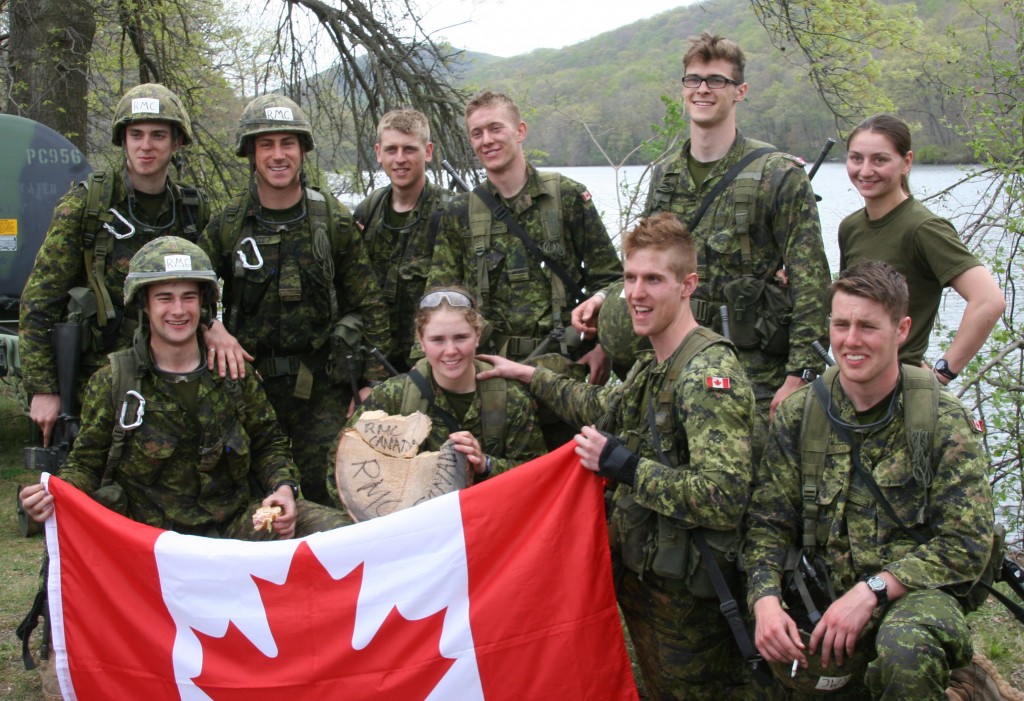 The Running Nine, RMC’s Alpha Roster for the 2012 Sandhurst Competition.

In a bid to reclaim their title, RMC’s 2012 Sandhurst Team put five months of training to work this past weekend in the Sandhurst Competition at the US Military Academy at West Point. This competition is always extremely difficult, but this year’s event added several new twists for the teams competing in it. A new layout and several new obstacles were thrown into the mix in an attempt to up the difficulty of the course. This effort succeeded in spades, as what typically takes an RMC Sandhurst team 3 to 3 1/2 hours to complete took this year’s team 7 straight hours of back-breaking effort. And they were one of the first teams to complete the course, crossing the finish line 9th out of 55 teams. 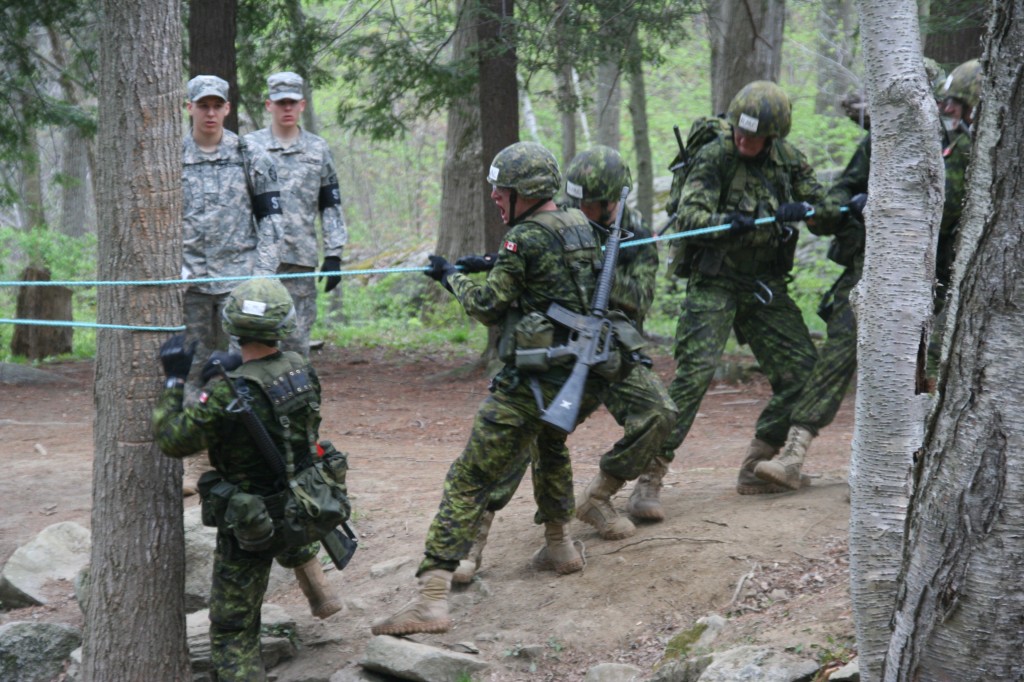 RMC tightens their rope in preparation for the water crossing. It was this skill that allowed them to complete this obstacle well ahead of their competitors.

This year’s RMC team, under the leadership of 25727 OCdt (III) Brandon Philp, got off to a strong start on the obstacle course, finishing with a time of approx. 16 min, just behind the Chinese team at approx. 13. RMC nailed the water crossing rope bridge, typically one of their strongest events, as RMC out-performed several American teams that were completing the obstacle at the same time as them.

Rappelling and first-aid were next for the team. These were off-limits to spectators, but according to members of the team, “they took us forever.” While the team completed these obstacles, those cadets who had gone down on the fan bus to support the team had the chance to mingle with their American counterparts as they waited at the next obstacle, where they took the time to introduce the Americans to several Canadian culinary delights. 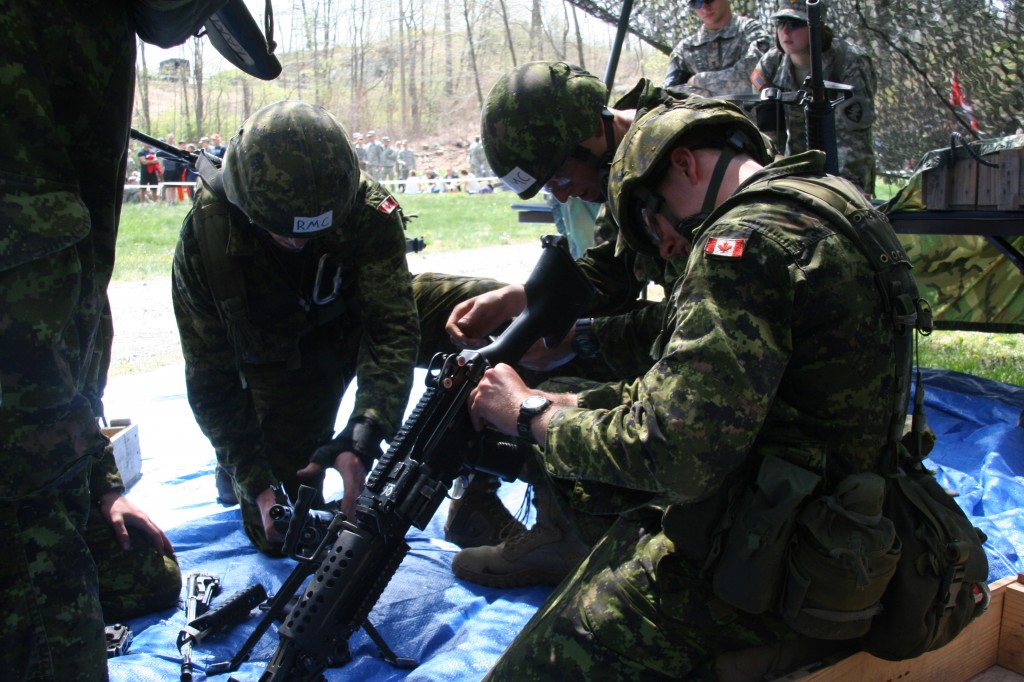 The RMC team works to complete the weapons assembly portion of the Weapons & Grenade Range Obstacle.

The team was strong through the Weapons and & Grenade Range obstacle, before they moved on to the one that would prove to be their most challenging. This year’s boat obstacle involved a log-cutting exercise. As the team could not move on until this was complete, a combination of technical difficulties (they broke 3 saws) and a lack of knowledge on the team’s part meant that they spent more than 45 minutes on this obstacle, much longer than most of the other teams. 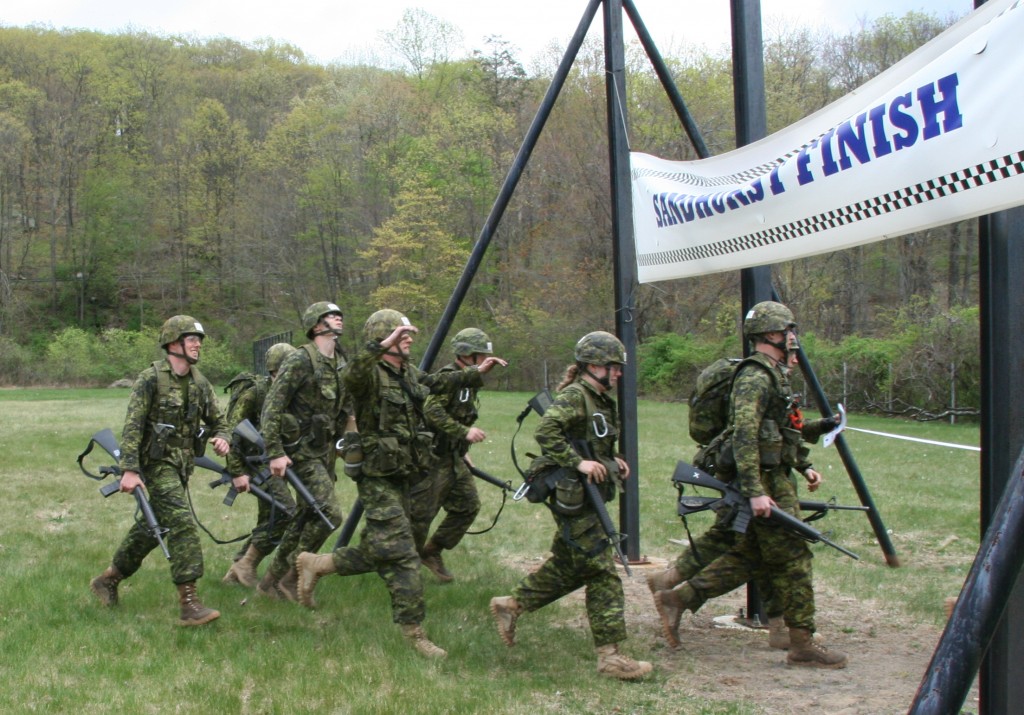 They were able to recover from this frustrating setback, and the team completed their final obstacles with grit and determination. Even with the cancellation of one obstacle due to how seriously behind schedule the competition was, the team’s time from starting gun to final inspection was 7 solid hours. A proud but spent team crossed the finish line to the cheers of their fellow cadets and the congratulations of former members of RMC Sandhurst Teams and LCol Sue Wigg, RMC’s Director of Cadets.

The team was lucky in drawing an early start time, starting the course at 0645. This allowed them to finish in the middle of the afternoon, well before the teams with later start times. These teams straggled in well after 2100, causing the awards ceremony to be pushed back by more than 2 hours. 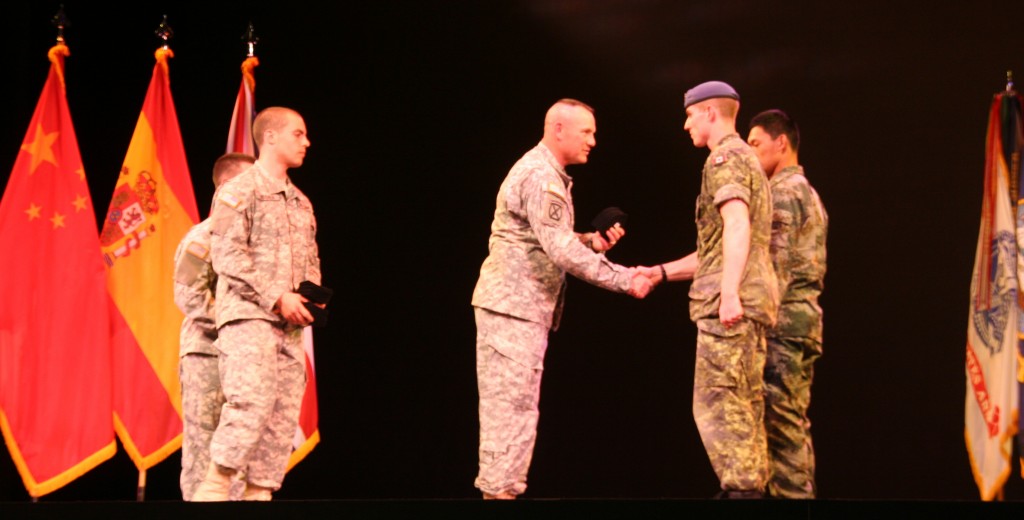 Each member of each team that finished in the Top 5 was awarded a Sandhurst patch.

RMC’s 2012 Sandhurst Team placed 17th on Friday’s Range and Land Navigation courses, on which 25720 OCdt (III) Cindy Lavine broke her leg. She was replaced on Saturday by 26194 OCdt (II) Valerie Touchette-Mosley. This score, together with RMC’s determined and heartfelt effort in Saturday’s main event, meant that RMC placed in the top 5 overall, behind the Australians, who took home top honors, and along with both Royal Military Academy Sandhurst teams and the Chinese team. 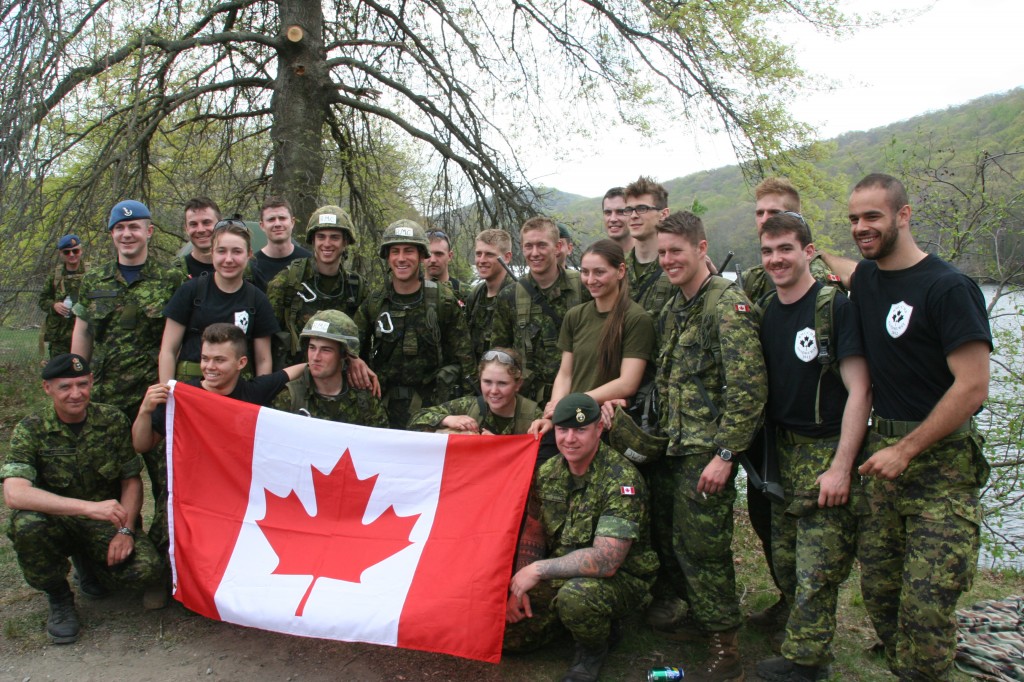 Despite not finishing as they had hoped to, the team has much to be proud of. As team coach Capt Kevin Schamuhn said, “I’m very pleased with the team’s effort. The course was longer and more difficult than we had expected, and the team dealt with an injury on day 1, but we recovered with our spares. The cadets were very well prepared and I’m very satisfied.”

LCol Sue Wigg, RMC’s Director of Cadets and the senior officer of the College present for the competition, applauded the team’s efforts as well. “Our team took great advantage of the spirit of the course,” she said. “They were challenged and overcame adversity as a team. They were well supported by friends, family, staff and cadets who spurred them on. These individuals spent their downtime cheering, ensuring that Canada presented the warm and gracious friendly camaraderie that we are known for. Be proud of the spirit and the engagement – our team left a good impression of Canada.”

Congratulations to RMC’s 2012 Sandhurst team, from one of the many spectators who had a difficult time just keeping up with you.

Exact team standings will not be available from West Point until early in the week. We will update this article when we have the final placings.

RMC Team makes the front of the USMA website. 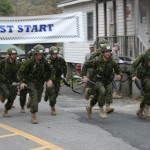 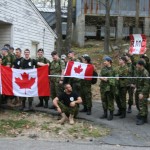 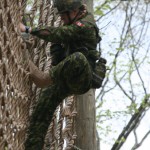 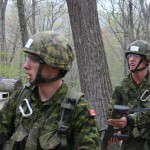 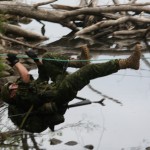 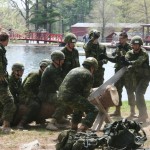 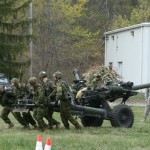 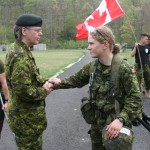 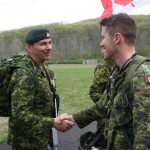 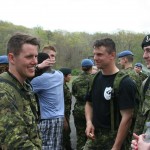 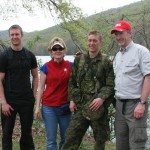