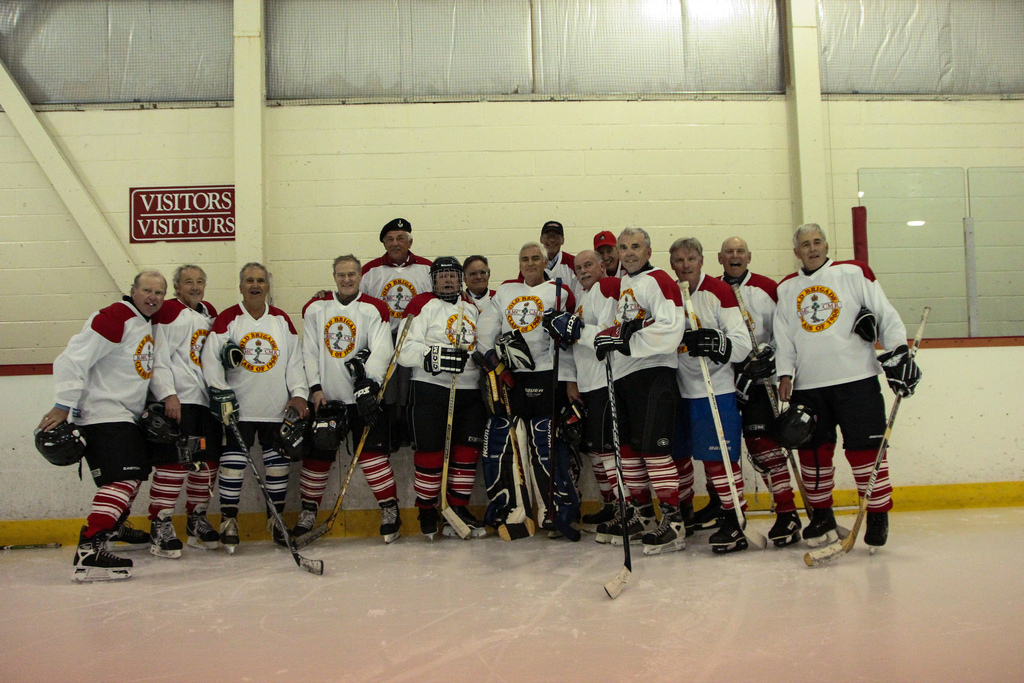 The highlight for the Red and White sports was the formation of an Old Brigade Hockey Team, comprised of players from the class of 1968.  See results elsewhere in this issue. 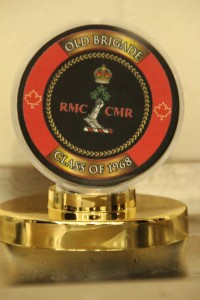 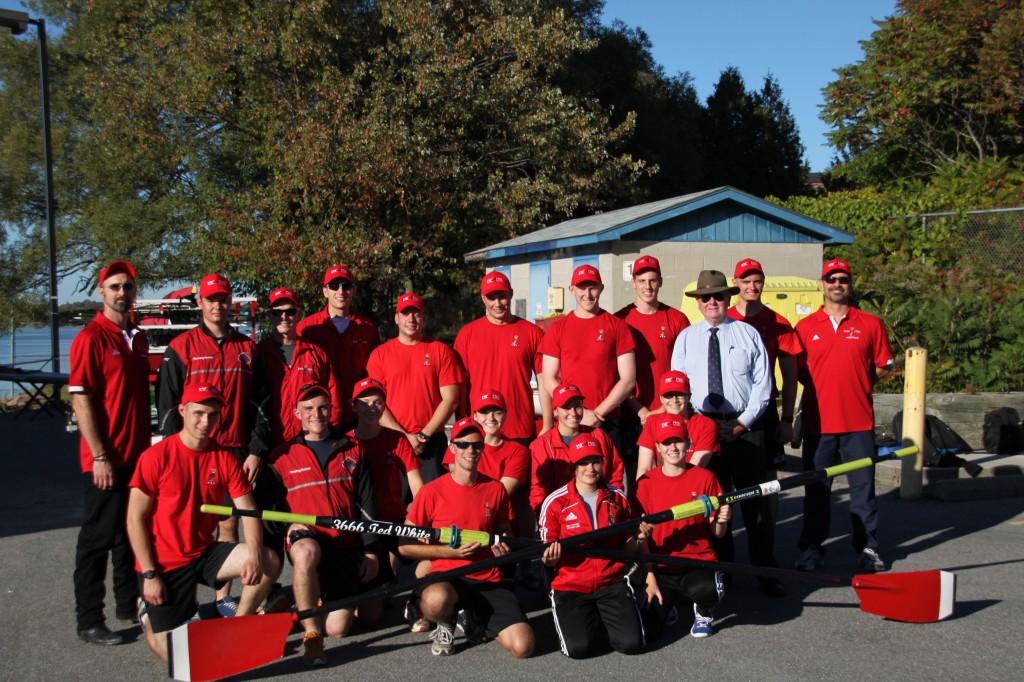 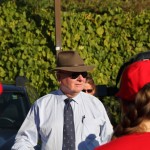 Saturday, September 28, the RMC Rowing Club had the pleasure to host  6604 Capt. (N) (Ret) Dr. Jim Carruthers (Photo left), the incoming president of the RMC Foundation of Canada, and his wife Mrs. Carruthers. Dr. Carruthers, who is also the president of the Naval Association of Canada, along with other RMC Foundation donors recently made an extremely generous contribution to the Rowing Club. Thanks to Dr. Carruther’s generosity the club was able to purchase a brand new heavyweight four. This new boat, built especially for RMC, will be named in honour of Dr. Carruthers as it was personal contribution which allowed for her construction.

The couple spent over an hour at HMCS Cataraqui – the present launching area for the RMC Rowing Club. During their visit they took the time to meet members of the club including Head Coach Paul Overvelde, a veteran rower and coach, and Assistant Coach 17192 Sylvain Leblanc, an electrical and computer engineering professor at RMC. Though club members were busily de-rigging and storing hulls for Sunday’s Head of the Rideau regatta in Ottawa, they took the time to launch both the men’s eight and women’s four crews for a demonstration of the club in action.

The Rowing Club will be representing RMC in upwards of four regattas this semester the first of which is the five kilometer Head of the Rideau in which the Men’s 8 placed second last year in the competitive category. Next weekend the team will be travelling to Peterborough, Ontario, for their second regatta the Head of the Trent. One of the best events of the 2013 Red/White sports on Ex-Cadet Weekend was the run around Fort Henry by an enthusiastic group of ex-cadets and present-day cadets.

On a perfect autumn afternoon, 30 persons gathered on the parade square at 1500 hours for the approximately 4.6 km run. We had a total of 17 ex-cadets and spouses in the group, with the largest year participation being four grads from the class of 1983. The Old Brigade had one representative – 6891 Bill Aikman from the 1962 entry year. The cadet with the highest number was 27002 Josh Hewitt, a recruit from Prince George, B.C.

The route followed the old Cadet Wing Harriers course around Fort Henry rather than the present-day one that goes onto CFB Kingston property. The old route provides great views of the College and Lake Ontario, but includes going up the Fort Henry Hill twice.

This is truly a fun run, so times were not recorded and some people ran hard while others enjoyed the social experience of a relaxed jog around Fort Henry.

Afterwards, we adjourned to the Senior Staff Mess to quench our thirst and to compare notes regarding the College of today and that of yesteryear. Everyone agreed that it had been a great fun run, and that we must do it again next year.

This is now an annual event and we look forward to having you with us next year or whenever you are back for a class reunion.