This past October weekend (4/5 Oct) following the Reunion Weekend, the English Department threw what is fast becoming a tradition among Arts students at RMC: a visit to the Shakespeare Festival in Stratford, Ontario, generously funded by the RMC Foundation. Coordinated carefully by Major Belyea and Dr. Laura Robinson, twenty students were given the opportunity to partake of renditions of King Lear and Midsummer Night’s Dream, both popular examples of tragedy and comedy respectively.

The trip began with an early rise at 0600 Saturday morning. Stratford is a decent distance from the College, with the party arriving around ten thirty at the Shakespeare Inn. The entire city of Stratford takes enormous pride in the Festival, as noted by the students – many of whom were first-timers on the trip – when given leave to walk around downtown. Theatre-themed shops and gift stores sold everything Shakespeare, specializing in quotes from King Lear, Macbeth and King Henry V. The population was particularly enthusiastic, and perfect strangers would sit down near each other in pubs and discuss aspects of the different productions they found laudable. 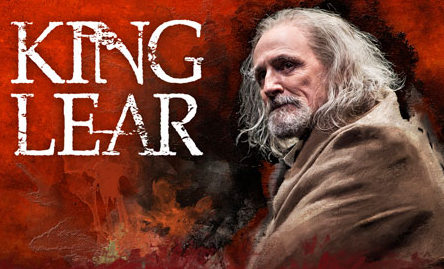 The first day, the English crew attended the Festival Theatre to watch King Lear. This popular tragedy derives from an old legend from Shakespeare’s time, where a father divides his kingdom between his three daughters according to which loves him most. The youngest daughter, refusing to participate, is cast aside and becomes the unraveling point for the King’s madness, throwing the region into chaos and inviting war from the French. Normally, the tale ends happily, but Shakespeare deviated sharply from the norm by writing the young daughter’s death and Lear’s as well, shocking his audience. This play perfectly captured this element of all-consuming grief, using a stark, austere set, lighting and special effects to achieve an atmosphere of hopelessness. The play was later discussed at a working dinner funded by the Foundation, allowing the students to discuss the elements of identity, gender roles, contextual points and set work to communicate the message of Shakespeare’s production.

For many students, this was their first exposure to a live King Lear. It is a tragic fact that for many introduced to Shakespeare earlier in their education – Romeo and Juliet or Macbeth in high school, for example – the works are only ever expressed in reading, whether aloud in class or by personal study. The difficulty in understanding Shakespeare derives not necessarily from the language or differing norms of the day, but largely in part because of the medium in which it is delivered. Seeing Shakespeare’s work performed is critical in understanding the intent of the author, from body language, entrance and exit cues, tone and emphasis of voice, to set design. It is also a fact that many of these details are poorly if at all expressed by Shakespeare himself, leaving modern directors a great deal of room in how they wish to communicate this unspoken language, thus shaping the message themselves. The working dinner exposed these realizations, and allowed the students the opportunity for spirited debates on the play as a proper medium of Shakepeare’s piece. Many of these discussions would carry over into the second play, Midsummer Night’s Dream. Midsummer, unlike King Lear, was written as a comedy; not merely amusing (though it was certainly an integral part of the show), but ending with a resolution of chaos between the characters into what you might call a happy ending. It begins with a confrontation between beautiful Hermia, who wishes to marry Lysander, and her father Egeus, who has chosen Demetrius for her hand. Helena, the best friend of young Hermia, holds an unrequited love for Demetrius and a deep jealousy for her friend’s cold treatment of her betrothed. The play spirals into chaos when the couples spend a night in the woods and the faerie royals, fighting themselves over the right to raise a changeling boy, accidentally cause Lysander and Demetrius to fall in love with Helena. Unlike many of his other plays, Midsummer is entirely inspired by Shakespeare’s own imagination, and unravels itself in a complicated set of parallel adventures that leave the audience laughing and cringing in turns. Director Chris Abraham took a special spin on things when he cast Oberon and Titania, the royal faeries, as a male couple; he also changed Lysander to a young woman, and made Hermia’s father deaf. Because Midsummer was intended to unsettle its original audience by flouting social norms, Abraham sought to create the same sense of taboo sensations by taking different perspectives on the characters’ social relations. It was masterfully done, and ended the Stratford trip on a wonderfully positive note. Discussions following the play emphasized the different ways directors can shape plays to deliver a message, contrasted hugely with King Lear’s traditional production.

In essence, the Stratford trip provided for many a unique opportunity to personally view and discuss Shakespearean plays. Aside from the general satisfaction in viewing theatre productions, students were exposed to challenging ideas of how traditional stories can be altered in the way they are told, shedding light on common themes and questioning the conventional meanings of madness, hatred, love and loyalty. It was an endlessly richer experience than attempting to read the plays before a terrifying midterm.

Most Naval Cadets will tell you that they intend on avoiding submarines in their future careers – and who would blame them? With media scandals and the opinion of the general public being negative, we tend to get scared away from them. Recently we were given a chance to change our minds.

On October 2nd, with the kind invitation of 6604 Captain (ret) Jim Carruthers, and the support of the RMC Foundation, a group of Naval Cadets made their way from Kingston to Ottawa for the Naval Association of Canada’s Conference on Submarines. We quickly found ourselves surrounded by dozens of senior officers, retired submariners and ex-Cadets. Everyone seemed very eager to meet the next generation of submariners. We were just as eager to learn from those who went before us. The conference started with introductions from Captain (ret) Jim Carruthers and Rear-Admiral Lloyd. The goal, they said, was to construct a narrative for us all to follow. The flow of the conference was to go through the past, the present and the future of the submarine service in Canada, and then end with a debate on whether or not Canada needs submarines.

First, we had historians guide us through the past hundred years. From the Oberons to the Victoria-class, we learned about all the trials the fleet has gone through in order to reach where it is today. Lunch brought a change of pace with a speech from Rear-Admiral Robert Kamensky USN, Deputy Chief of Staff Submarines NATO (COMSUBNATO). His charming delivery gave his view on the state of submarines internationally and their value in modern warfare. Afterwards, we enjoyed a few presentations on the future of submarine warfare. Under-water unmanned vehicles and potential propulsion methods dominated the discussion. The conference ended with a debate on the importance of submarines – I think we all know which side of the fence the attendees were on.

While the knowledge earned from this opportunity was valuable, I think that the experiences that we got to live vicariously served a greater purpose. I heard many stories from retired submariners and ex-Cadets. I also had an opportunity to speak with several senior officers and representatives of industry on the future of the fleet and my role in it. From all these discussions and conversations I found my stance on submarines changing, along with the rest of my fellow cadets, to a more positive one. I am confident that at least a few future submariners left Ottawa that day knowing where they wanted to be.