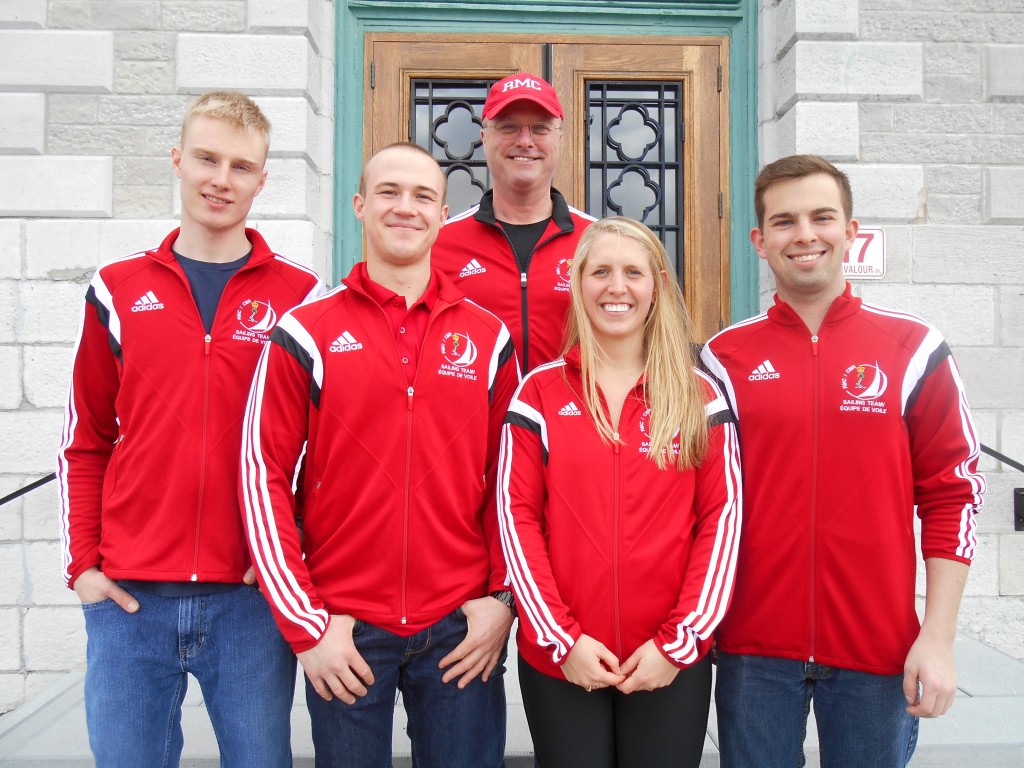 This years regatta was comprised of 42 teams from 23 countries. On the 29th of April, the team had an opportunity to practice and complete the necessary repairs on the Trident 16 that was selected for Canada as a result of a boat draw. Just before the boats entered the water for our first of four days of racing, one industrious midshipman from the Naval academy here in Livorno, had managed to record each team dancing to “Happy” which will be the regattas contribution to the “24 hours of happy” web site.

The weather was perfect for the start of the competition. Clear skies, 17 degrees Celsius, less than .5 meter seas with 5-8kts of breeze.

When you have 42 boats on the start line things can go wrong real fast and today was no exception. Plenty of false starts and a few disqualified teams, settled everyone down and as such, the day would turn out to be a great day of racing for all.

By the end of the day, the race committee had managed to officiate over three separate races of approximately 4km each.

The weather forecast called for low winds and rain showers for most of the morning. Sailing is one of those sports that is completely unpredictable and today spoke directly to this unpredictability.

Race one started out with light winds from the southeast and for the most part was a race of predictable outcomes. Just shortly after the completion of race one, a storm front was forming to the east that would eventually cause the fleet to seek safety in the harbour in Antignano, a small village approx 6km from livorno. After 2 hours the race committee recommenced the racing however, just as all the boats returned to the start line to complete the last two races of the day a fierce storm front came through which required everyone to return to port. Unfortunately team RMCC’s boat experienced a shroud failure due to the high winds and ended up in the water. Races were cancelled for the day.

The italian navy replaced team RMCC’s shroud which permitted us to continue sailing. There were no winds for most of the morning and as a result racing did not start until late afternoon. Racing commenced at 1400. Day 3 was by far the most difficult day for team RMCC. Sailing is more about shore preparation and seamanship than it is about going around buoys and day 3 certainly had it seamanship challenges. The wind remained for most of the afternoon and the race committee managed to complete 3 more races by the end of the day.

Although day four started behind schedule, due to an absence of wind for most of the morning and early afternoon, the race committee managed to squeeze in three additional races just prior to the scheduled 1700 awards ceremony. The conditions were as close to perfect as sailboat racing conditions can be. Having over come the plethora of seamanship issues of day 3, team RMCC raced consistently, finishing in the top half of all three races.

So after 10 races and 30hrs on the water team RMCC finished 22 out of 42 participants and 13th out of 29 military academies. In recognition of the boat’s technical issues, this is an outstanding result.

The week ended with a formal awards ceremony, hosted by the city of Livorno on the parade square at the Naval Military Academy. The trident class is one of ten classes of boats that race at TAN and include no less than 1000 sailors from around the world. More than 50 trophies were awarded to junior sailors, the physically challenged as well as military and professional participants.

Team RMCC had demonstrated outstanding team cohesiveness during their time here in Livorno and are excellent ambassadors for Canada. Their quite and humble attitude, even in the most difficult of situations had been noticed and complemented by other team leaders, participants and Italian Navy liaison staff.

TAN 2014 has once again delivered on creating a world class sailing venue. The midshipman assigned to each delegation, were nothing short of outstanding and team RMCC is grateful to them all. Of special mention the team would like to thank Midshipman Edvige Altobelli, Midshipman Sofia Mantovani, Ensign Giuseppe De Nittis, Ensign Luca Marcosano, Ensign Annalisa De Mizio.

The RMCC sailing competitive team is very grateful to the RMCC Foundation, for without their gracious support, the racing team would rarely have an occasion to participate against world class sailors. Competing at such a high level will greatly assist the team in achieving future goals.