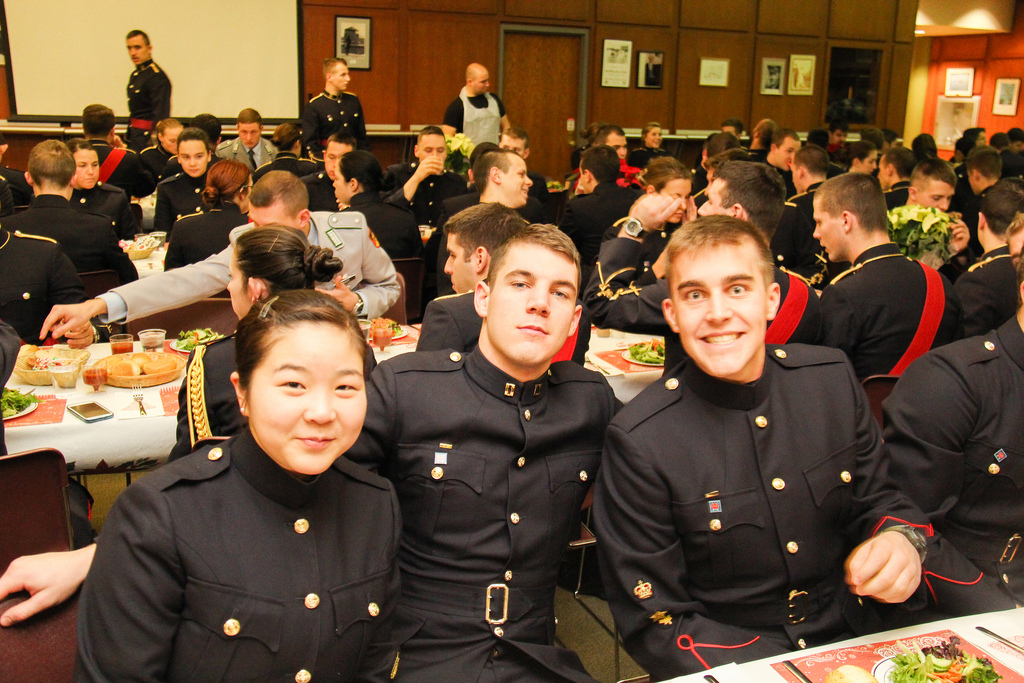 Officer And Naval Cadets of the Royal Military College of Canada have had the pleasure of attending Divisional Christmas Dinners this past week.

The dinners are an annual occurrence and involve several traditional elements such as the piping in of the turkey and the switching of tunics between the Director of Cadets and / or the Division Commander and the youngest Cadet in the Division. The youngest Cadet then has the opportunity to make a Christmas Wish which may be granted by the Director of Cadets during exam routine.

The wishes range from the wearing of combats during exams, civilian attire for First Years outside of duty hours, parade square parking and relaxed room standards.It will be interesting to see how many wishes come true!

Speeches are then made by the guests of honour and other members of the Cadet Wing acknowledging the successes of the semester and thanking various people for their hard work.

All in all, a fun time before crunch time moves into high gear.

MANY MORE PHOTOS FROM THE THREE DIVISION DINNERS BY 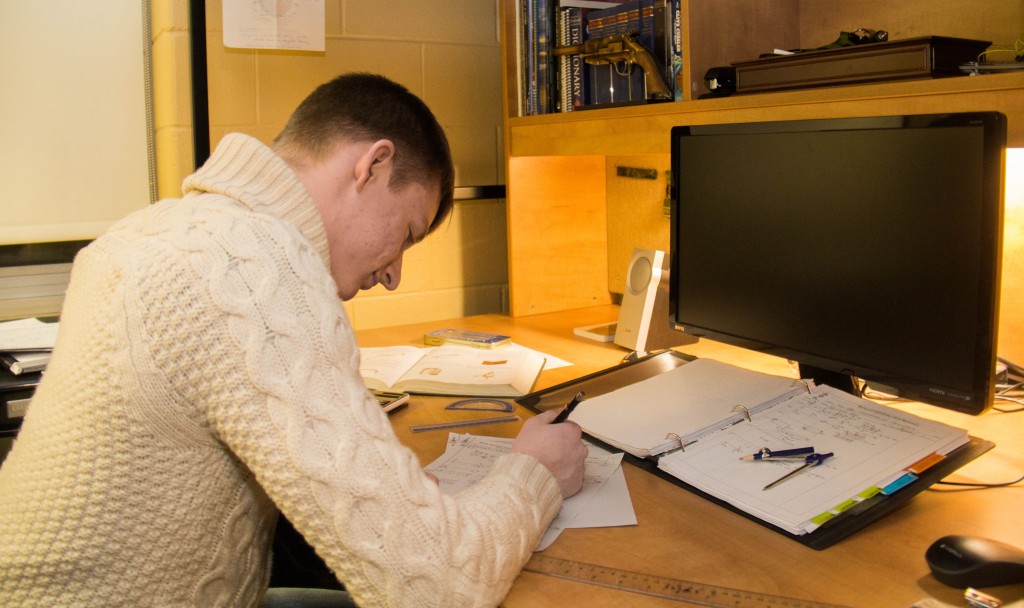 It’s almost Christmas and once again the Royal Military College of Canada is preparing for their final exams. Everywhere one can feel the atmosphere of excitement about the soon to come Christmas break and the final tests of the semester. Students everywhere are deep in their books and notes preparing. The Personnel Support Programs (PSP) staff has been providing help for the Officer / Naval Cadets through the provision of yoga sessions, spinning classes and workshops on managing exam stress.

We were able to catch up with a couple of Cadets who both shared a few words on how they’re dealing with exam stress and preparation:

“I am feeling a bit of relief that school is over and nervousness about how I’ll perform on exams. I’m studying with groups to prepare, a lot of testing and quizzing each other. To relax, I’m going flying with friends or just playing video games with them.”

“I am redoing all of the problems that my teachers have assigned to me throughout the year. In addition I am doing midterms and exams from the archives and then going in and making sure my solutions are right. I am hanging out with my friends to relax but I do not have a lot of time to blow off stress during exam time. I relax after exams.”

Good luck to all the Officer & Naval Cadets over the next two weeks and as they continue onto their Christmas break!