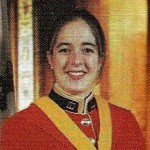 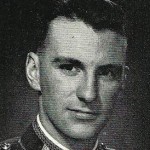 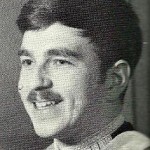 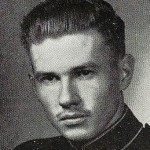 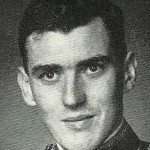 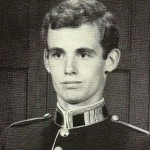 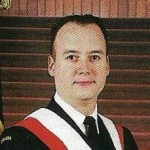 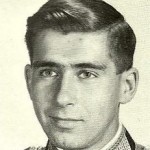 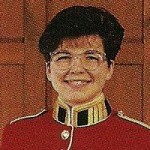 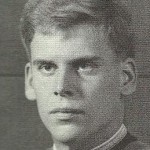 Match the graduation photo with the following statements. See the full write-ups below.

“He/she was a sailing enthusiast and, and belonged to the RMC Rifle and Pistol Club. In second, third and fourth years, he/she was on the College Pistol Team witch competed at West Point.”

“Through the years, he/she has been interested in basketball, track and field, and football, and he/she played representative basketball for both Royal Roads and RMC.”

“At RMC he/she ran, swam and fenced for the college; he/she also visited many of the night spots of Canada as a Marker representative.”

“Proud of his/her Royal Roads and Wheat Province origin, he/she voluntarily orated at length on the merits of the “Green and White: Roughies, the West and Melville – the Rail City and Home of the Millionaires!”

“Chosen almost immediately as a spokesperson for our Recruit year, he/she went on to win cross swords, a crown as well as the Queen’s Challenge Shield.”

“His/her academic prowess can only be rivaled by his/her ability to fall asleep at any given time and without warning to anyone. How anyone could have gotten the marks you did but be unconscious through a majority of the lectures we’ll never know, but publish your technique and you’ll make millions!”

“Sports, fencing was his/her first love; there’s nothing like grace and violence.”

“Originating from Camrose Alberta, he/she made the voyage to RRMC for two years of hardcore weekends in the gunroom spreading his/her small town philosophy.”

“We shall not cease from exploration / And the end of all our exploring / Will be to arrive where we started / And know the place for the first time.” 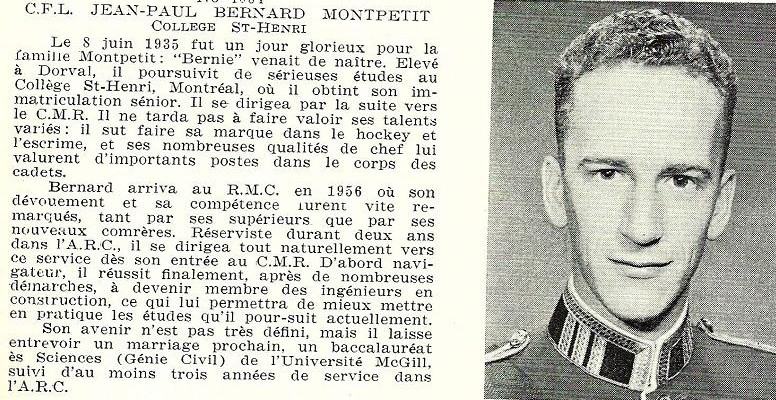 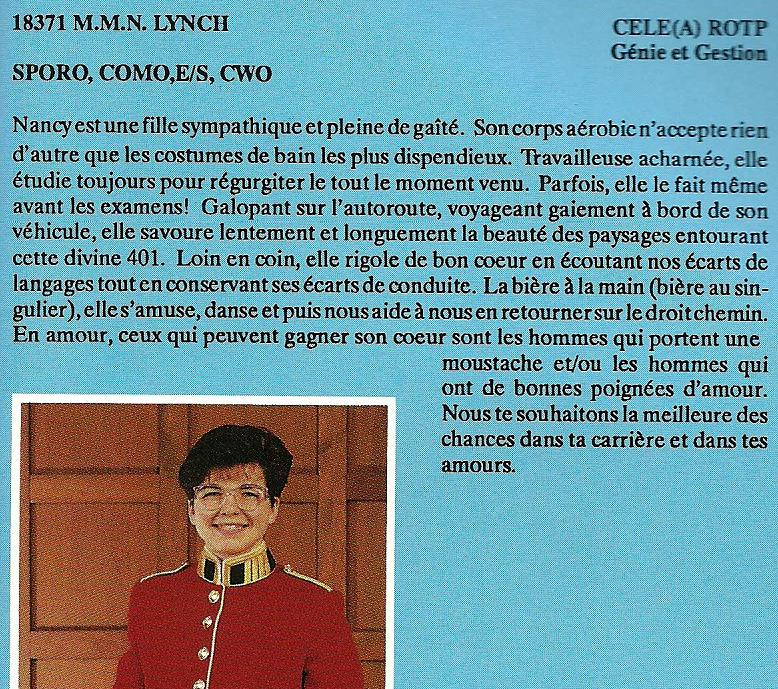