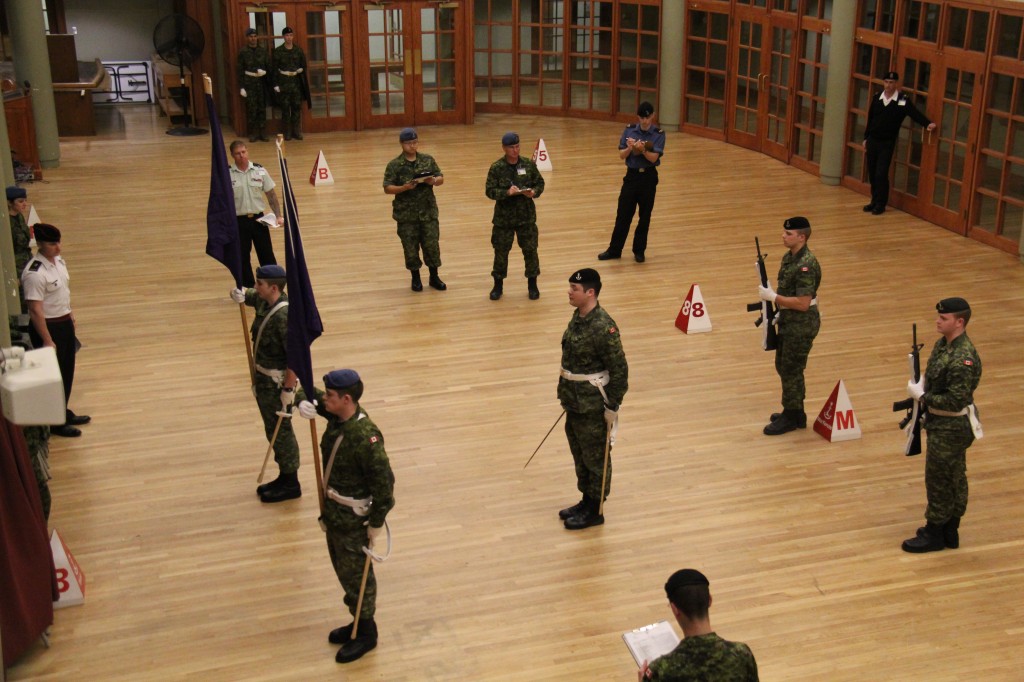 With the Cadet Wing Colour Party Competition only a few weeks away, the Squadron teams took preparations to the next level this past week with dry runs in the New Gym. Over the course of half an hour, each Squadron’s team ran through a course similar to what they will face on the day of competition. While the dry run course is not identical to the real one (being in the New Gym, it is substantially smaller), it still gives the teams an opportunity to go through the course under actual test conditions. The teams’ dress and deportment are evaluated, and they are observed throughout by drill instructors. At any point, the teams can be told to stop and repeat a movement, or if necessary, return to the start and begin the course again.

With the honour of carrying the College Colours on the line, the teams are dedicated and determined. If the performances during the dry run are any indication, the competition itself, scheduled for 2 March, should be intense.

With competition from all major Ontario business schools, including Ivey from the Univesrity of Western Ontario and Schulich from York University, RMCC won prizes in all the competition categories.

This was a tremendous accomplishment for our talented Officer Cadets and a great opportunity to showcase the value and quality of a RMCC Business Administration education. 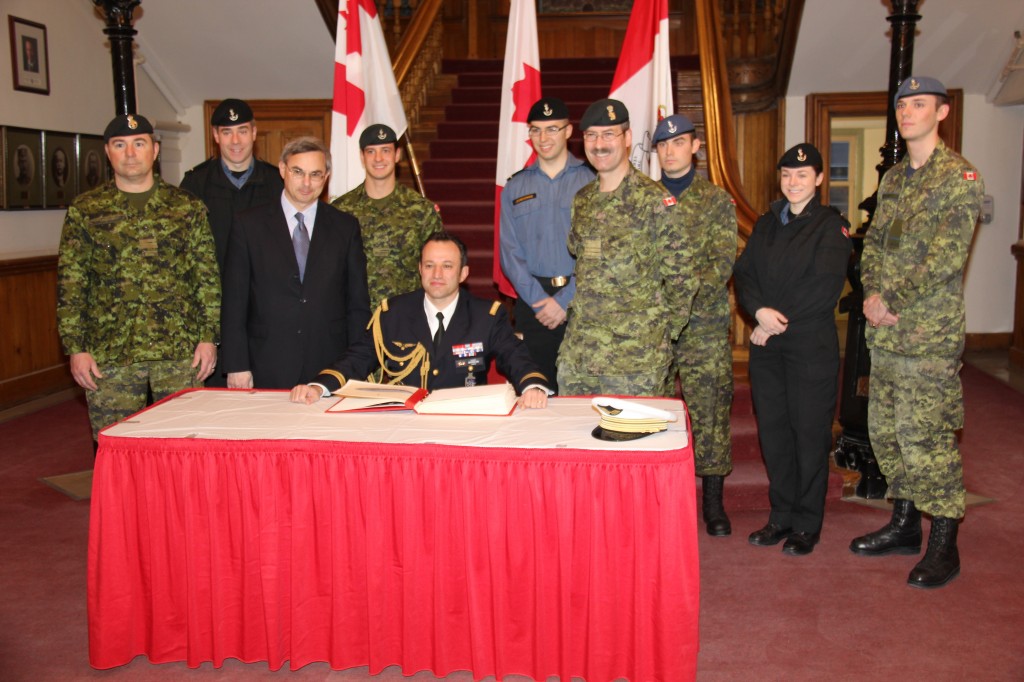 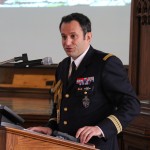 The Officer Cadets (OCdts) learned about the ordeals that France went through and the ones they imposed on others from Charlemagne to the end of the Second World War. During certain periods of history, the French had large armies such as la Grande Armée of Napoleon; in others, they were defeated like in 1939-1945. Regardless, they took their destinies in their own hands under Général de Gaulle. 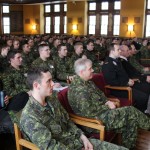 Currently, France is involved in a civilian war in Mali and has taken the side of the Malian troops. They have deployed their forces by following the steps of their operational concept. With logistical help from countries such as Canada, Belgium and United States of America, they are waging a war on terror in the northern region of Mali against Islamic factions. People such as Colonel Siegfried are directly responsible for making arrangements with foreign authorities to receive the help and cooperation of Allied nations. 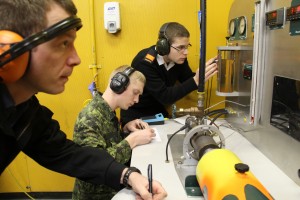 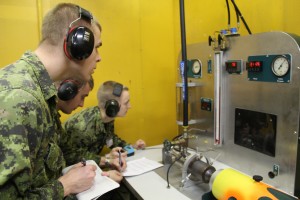 Engineering Cadets Get Hands On 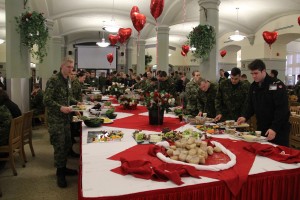 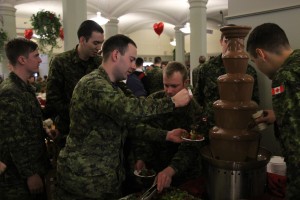 Hearts and roses abounded in the Cadet Dining Hall this past Thursday as the Dining Hall staff gave the Cadets a real treat. In honour of Valentine’s Day, Cadets were treated to a special meal, included lobster tails. There were also a number of deserts on hand; Cadets could choose from everything from cup cakes to massive slices of chocolate cake to a chocolate fountain and fruit. It was a gesture that was well received by all those present.

Unless otherwise indicated, photos and articles by 25366 Mike Shewfelt.