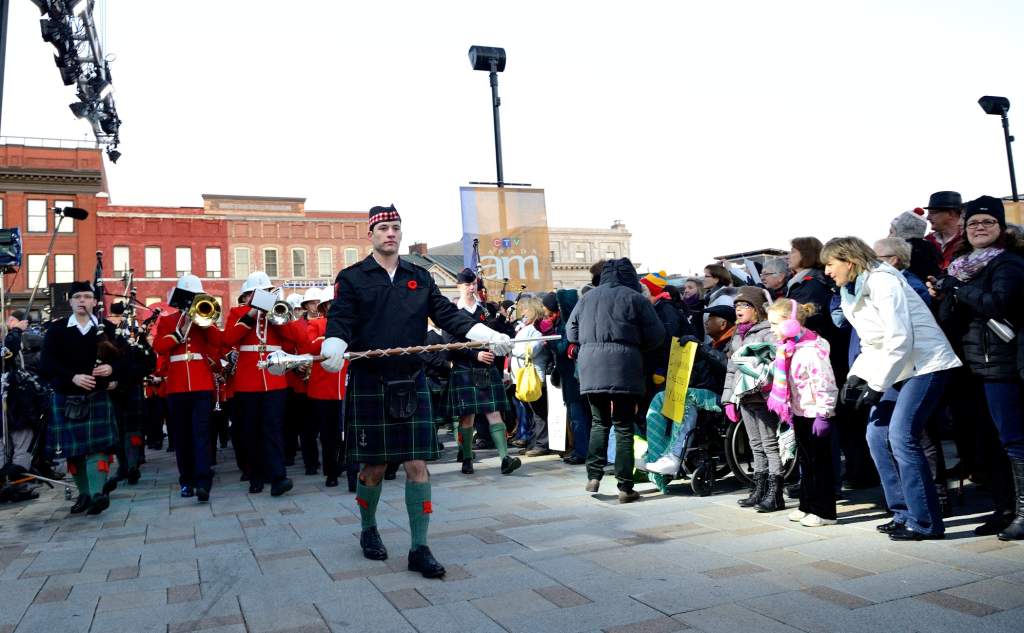 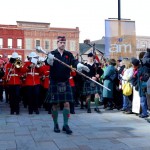 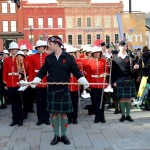 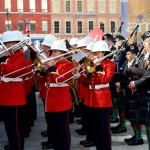 The Canada AM coverage included an impressive performance of the college Pipes and Drums. An enjoyable engagement that served to elevate the linkages of RMCC to the City of Kingston.

This past Thursday night, the Cadet Mess hosted the band “Stone Cold” for a halloween bash. This is the band’s first time playing at the College and they played covers of classic rock songs.

Officer Cadets showed up in exciting costumes that ranged from groups of roller derby men to “French Kiss” (the singers of Kiss style makeup with a french beret) and many more originals. Pie In the Face – All for a Good Cause!

The United Way “Pie in the Face” fundraiser took place this Halloween Thursday and members of the Cadet Wing had the opportunity to hit the faces of several prominent Training and Cadet Wing Members with a pie for the price of $5 per pie. The volunteers included the Commandant, Brigadier General Meinzinger, as well as The College Chief Warrant Officer – Chief Petty Officer First Class Keith E. Davidson. The Cadet Wing Commander, OCdt Nielsen (25832) also volunteered along with the rest of the “Top Five” cadets at RMC.

At least two other popular and successful fundraisers were held over the past week in support of the United Way.

Troll Patrol  – College Orderly Room staff stopped vehicles coming through the front gate for a donation and raised $1,154.73 in a couple of hours.

Staffs from the Registrar’s office, the Principal’s office and the RMC Foundation all contributed to the 8th Halloween Bake sale. A total of $1082.60 was raised.

MORE PHOTO FROM PIE IN THE FACE BY CURTIS MAYNARD 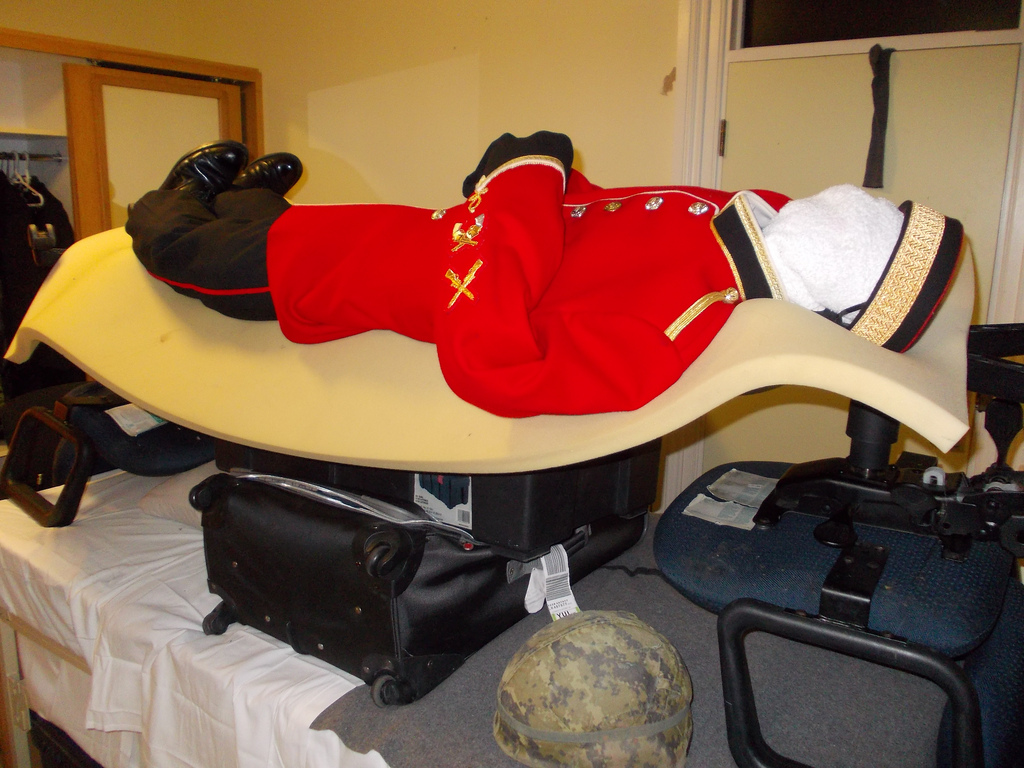 Two Hundred Days and Counting Down to Graduation!

“Two Hundred Days To Grad” (commonly known as 200DTG) is a special occasion for the first and fourth year cadets especially. This year 200DTG fell on this past Friday and it was one heck of a show! Years of tradition dictate that before this special day, first years must answer prepared questions put forward by fourth years on subjects such as First Year Orientation Period songs and roommates, summer military course experience and pre-RMCC life information. The first year who answers a fourth years questions first is allowed the opportunity to trade their 4’s dress tunic for the fourth years.

As one can imagine the position of Cadet Wing Commander and other cadet wing positions such as Training Officer, Squadron Leader and Division Commander are always in higher demand and first year cadets are competing for them. This Friday began with a FYOP morning of PT followed by the first years taking on their fourth year’s position, complete with 4’s tunic, sword and sash or belt. The fourth years took on the position of the most ridiculous first years, and wore outfits ranging from strange to absurd! After breakfast in the Cadet Dining Hall, not that the first years had much chance to eat, the fourth years change into their first years 4’s (if they fit!) and both first and fourth years get to remain in their opposites uniform for the day. 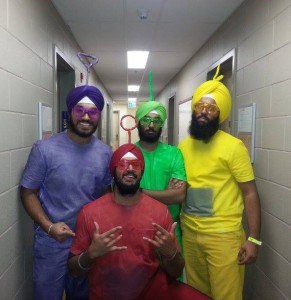 Before heading out, from the College, all 4th years dressed up in costumes and went to each squadron’s 1st years to do trick or treating and asked for treats. Photo left: OCdt. Sarabjot Anand (III) (in purple), OCdt Sarabjeet Nijher (II) (in green), NCdt. Tejvinder Toor (II) (in yellow), and OCdt. Saajandeep Sarai (III) (in red).

Friday night the fourth years went out into town and while they are out the first years have an opportunity to pay back the fourth years for the chaos earlier in the day. The first years get full access to all the fourth year rooms and pull assorted pranks that range from removing doors, turning rooms upside down, switching male and female rooms entirely and even moving rooms into strange places (such as elevators)! The day was a fun time for all and quite the spectacle to see around the school!

Many second & third Years dressed up and went into town too. The evening wasn’t formally organized but the fourth years had scheduled special events to do for themselves. This included a boat cruise which was cancelled because of high winds; they all ended up at a local establishment.

Despite the weather, a good time was had by all!