A lot happened over the past seven days at RMCC. We were able to capture and record most of the events but not all. An important one which slipped under our radar was The Board of Governors Meeting.

Although it was a busy week, 1 Squadron found time to pull off a skylark. Too bad the photo below did not come out brighter.

Exams are just a week a way. Concerts, Balls & Skylarks are behind us. Time to get serious with the books! 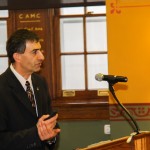 In addition, Dr. Jabbour presented his research in information assurance that focuses “left of the threat”, and introduced the IA summer internship program that provides US cadets in technical disciplines an opportunity to conduct cyber research on his multi-disciplinary team.

The Military Psychology and Leadership Department: 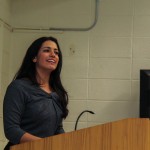 The Role of Parents in the Treatment of Childhood Anxiety Disorders

This talk briefly discussed the nature of anxiety disorders in youth, and focussed on the role of parent psychopathology (i.e., anxiety) and parenting style in the development, maintenance, and treatment of childhood anxiety.

Guest speaker, Philippe Lagassé is associate professor of Public and International Affairs at the University of Ottawa and a senior fellow with the Canadian Defence and Foreign Affairs Institute.

The talk on “Canadian Command-in-Chief interpreting Section 15 of the Constitution Act, 1867 stirred up a number of spirited questions which Dr Lagassé handled with ease and confidence.

The Haycock lecture was another RMC Foundation sponsored event 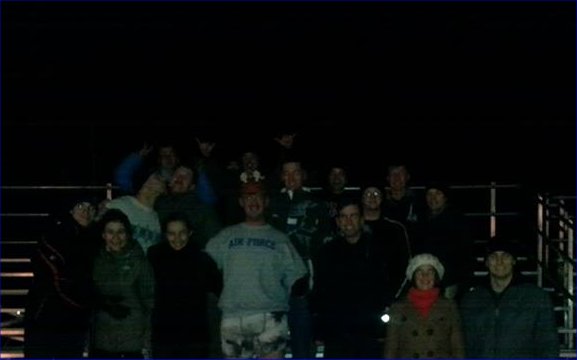 Recently the Chaplains of RMCC on behalf of the Commandant were host to some of the local Clergy in the area. The purpose of this meeting was to begin fostering a relationship between the College and the local faith groups. Present were representatives from the Anglican, United Church of Canada, Presbyterian and a Rabbi from the Jewish Community. A good discussion was held with the Commandant and the College Chief concerning how the local Churches might be able to support the students of RMCC. This meeting was a positive first step in this process. Thank you to the Commandant and the College Chief for hosting and supporting this important process. 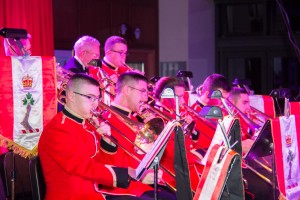 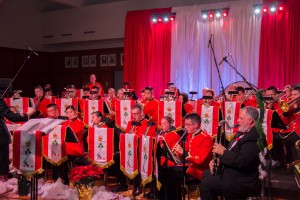 Photos by Curtis Maynard – click on photos for better viewing

Caption: The Christmas Concert was an enjoyable evening for staff, cadets, family & friends of all ages.  Under the direction of Warrant Officer Catherine Norris, all components of the RMCC Band outdid themselves in providing a wide range of music very suitable for the upcoming season.

Annual Concert – Much More Than Music!

Friday night I had the pleasure of being the Master of Ceremony for the Annual RMCC Christmas Concert featuring the Brass and Reed Band, Stage Band and the Choir.

As always, all of the ensembles put on a fantastic show, with their pieces ranging from sombre adaptations of John McRae poems to the soundtrack of the Departed to jolly Christmas carols.

The musical highlight of the night was most definitely the medley of 11 music soundtracks that transported the listener back to the first time that they saw said movie. Susan Raby Dunne, composer of one of the pieces performed, also made an appearance to hear the second ever playing of her music. 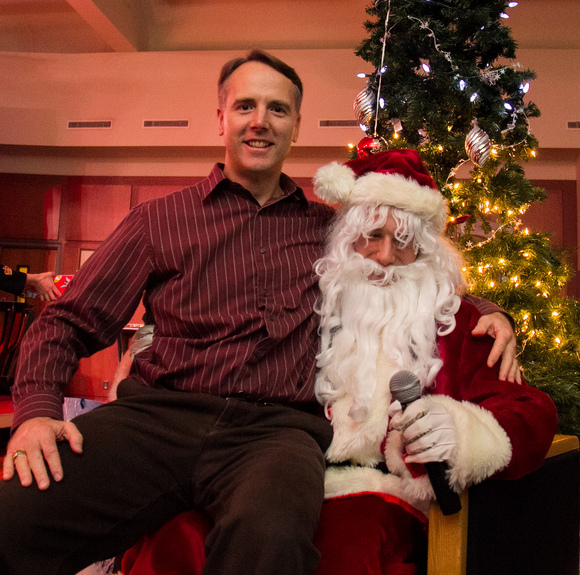 Although the night was a night full of music, the children in the audience were all excited when Santa Claus himself made an appearance, inviting Brigadier-General Meinzinger, Cmdt RMCC, to sit on his lap.

BGen Meinzinger, when asked what he wanted for Christmas, responded simply “A cupcake”.

Santa was a little bit more generous and gave the Cmdt a remote controller helicopter (Santa really does know everything, even people’s military occupations!), which the Cmdt eagerly accepted. The children in the audience were not forgotten, as Santa had an adorable stuffed animal cushion for each one of them.

While everyone left happy, whether it be with ears ringing with the beautiful music they had just heard or a new toy, the real winner of the night was United Way, as proceeds from tickets sales all went to RMCC’s charity of choice.

Countless hours of planning and many people’s expertise went into the evening under the direction of OPI OCdt Mitchell Marquette (III) and his deputy, OCdt Olivia Frank (III) and it is because of their efforts, supported by CWBO OCdt Stephanie Clark (IV) and the rest of the band that needy area families will receive the care and support of $815 over the holiday season. 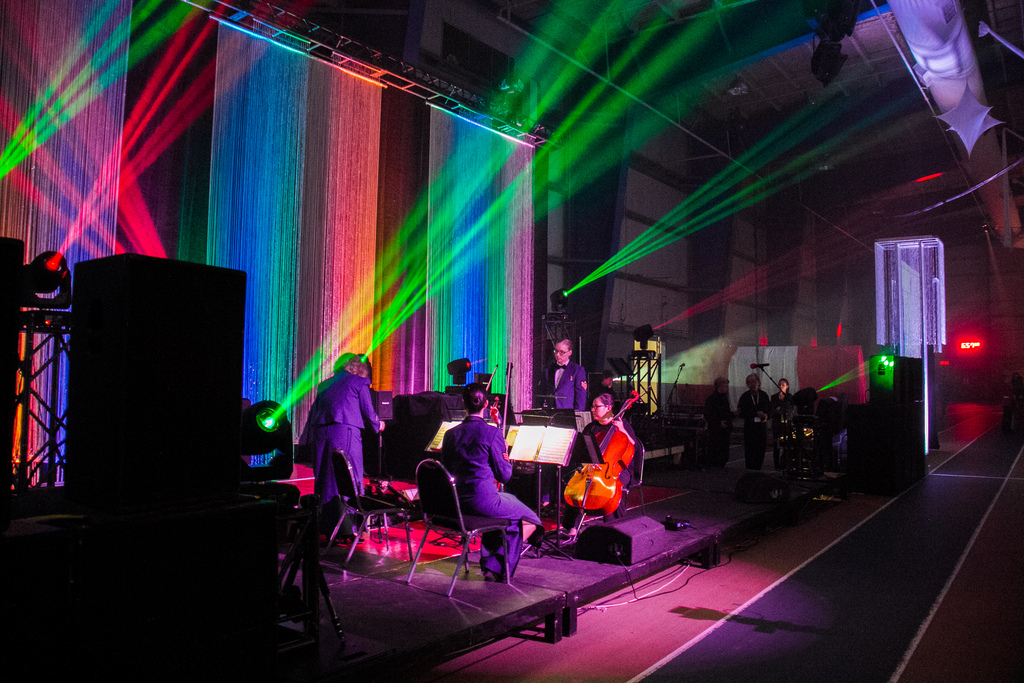 Winter is Coming! So has the Winter Ball!

It is that time of year again! Excitement was in the air as the Royal Military College of Canada was building suspense for one of the largest Cadet Wing social events of the year! The Winter Ball is a long standing tradition that turns the Kingston Military Community Sports Centre into a beautiful ballroom. This year’s ball was titled the “Crystal Ball” and included a formal dinner followed by an elegant ball.

Attendees are always dressed for the part, men in scarlets or suits and women in ball gowns and formal dresses.

The food as always was superbly displayed such as the shrimp which surrounded an ice swan. The food also included a selection of chicken, pork, and a delicious cheese and vegetable tart, finished with desserts in a variety of cheesecakes and chocolate cakes.

The attendees also had the pleasure of being entertained by the Canadian Forces String Quartet which came down from Ottawa. The decorations were stunning as always with crystal chandeliers and crystal curtains. Crystal chandeliers finished off the décor with the lighting sparkling through it. The ball was, all in all, a magnificent time but these photos will do it far more justice then could ever be done in words: 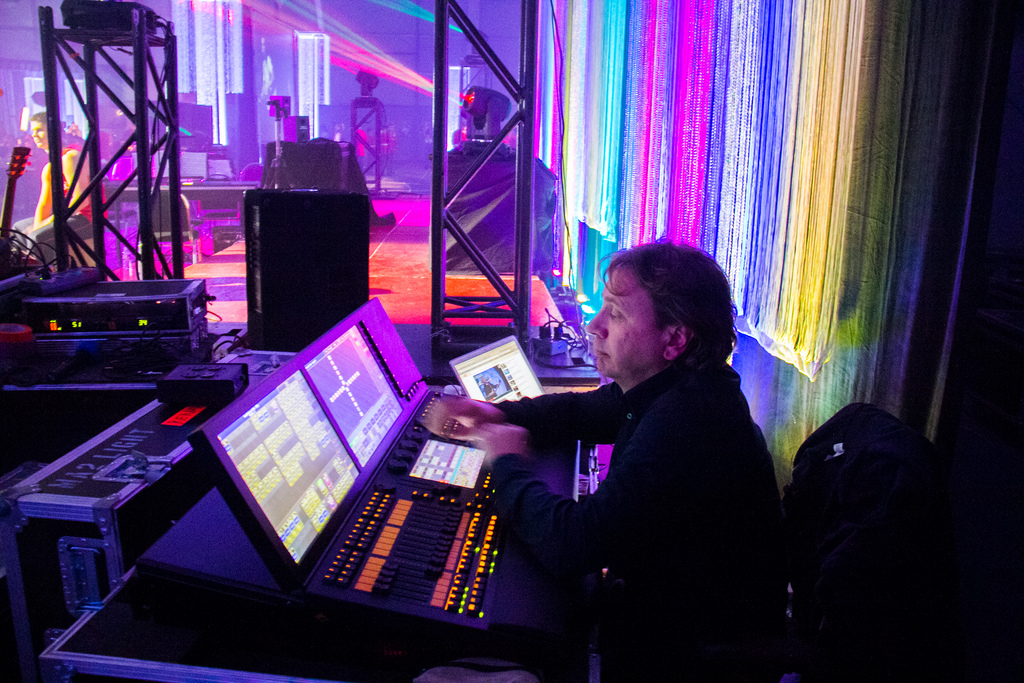 Once the ball is over, everyone heads to bed and smiles at the wonderful decorations, food and music that they had to the chance to experience. However, little recognition goes to the people who spent hours, days and even months in the planning and execution of the ball. Many different people are involved in the complicated setup of the event.

The process starts off with the formation of the Winter Ball Committee. The Ball Committee, led by OCdt Michael Hobb (26511), and his second in command, OCdt David Ryback (26609), consisted of five other members. These were OCdt Matthew White-Crepeau (23969) in charge of setup and tear-down crews, OCdt Wendy Gracias (26434) in charge of food, NCdt Jonathan Hammill (26849) in charge of entertainment, NCdt Derek Frank (26349) in charge of publication and Lauren Vanveen (26311) in charge of decorations.

These members of the committee meet once a week from the middle of September until the ball where they discuss their individual parts and what needs to be done for the different aspects of the ball. For setup and tear-down a list of first and second years was created and distributed to the Cadet Wing with timings and locations. The food was organized through the RMC mess staff and there was a lot of coordination with Ted Huber, Assistant Mess Manager and Lori Alves-Macphail, RMC Bar Supervisor. The entertainment coordination was quite difficult to organize because the Kingston Symphony was performing on the same night as the ball, however luckily enough the coordinator was able to sign on the CF String Quartet.

Limestone Entertainment came out to set up lighting and electronics. Company owner Gary Traynor supervised the whole time as his crew consisting of Al Paquette, lighting director, as well as Mike Fitz, Donny Larson and Geoff Chown, audio/lighting specialists. The setup took six hours Thursday night, with the aid of some eager Officer Cadets. Limestone has been helping run the Winter Ball at RMC for 18 years! 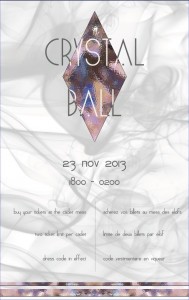 In regards to publications, the committee emphasized the class and sophistication of the ball in the careful theme selection, drafting, re-drafting and re-re-drafting in the month long process for poster selection. The RMC print shop is credited with having printed the many posters around the college and the design was created by the coordinator Derek Frank. The creation and effective distribution of posters was a huge job that took a lot of coordination between the committee members and the publications coordinator.

Decorations were chosen and designed through the stores Chez Lili and Party Centre. The members of the setup crews spent Friday evening putting up tables, linens, the stage and other equipment.

The night of the ball, the lighting coordinator Al Paquette was present to coordinate the lighting with the music played by the DJ. The RMC mess staff were also present to serve the dinner and the bar staff ran the bar all night for the attendees.

Curtis Maynard (e-Veritas photographer) was also present throughout the setup and ball night to document the hard work of the many people involved in the night and preparation. The committee of course overseeing the whole event, the night when spectacularly and was truly a result of hours of hard work and months of planning. Approximately $80-90,000 per year goes into the Winter Ball and it was a resounding success.

Thank you to all of the people who were essential in its smooth execution.

More Photos from the Ball by Curtis Maynard &

More Curtis Maynard Photos from behind the scenes