Looking Back & Looking Ahead

Regular readers will likely notice a “thinner” edition this time around.

As some of you are aware we were away this past week on a little R&R. We had a great trip spending quality time mostly with siblings & friends in the Saint John, NB area. We are happy to be back!

Thanks to a few stalwarts we have a few ‘gems’ that hopefully many of you will find interesting.

From what we hear, the week was pretty quiet on most fronts. Both the commandant, BGen, Al Meinzinger and the RMCC Principal, Dr Harry Kowal attended a executive leadership forum for general and flag officers as well as execs from the PS in DND. This forum is co-chaired by the CDS and the DM.

For reasons we are not aware the regular Professional Military Training for cadets was ‘bumped’ from the regular schedule. We expect a full report next week. 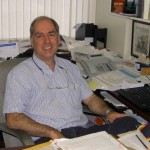 The first author of this paper (Eder Santos) spent one year at RMC with Dr. Bathurst as a visiting PhD student from the University of Brasilia, Brazil.

The journal Geotextiles and Geomembranes has the second highest impact factor of all 32 journals in the same category.

We had a quick peek at a number of high profile events coming up between now and the end of October. These include:

We will do our best to provide photos and articles as they become available.